Who was Maharani Jindan Kaur? 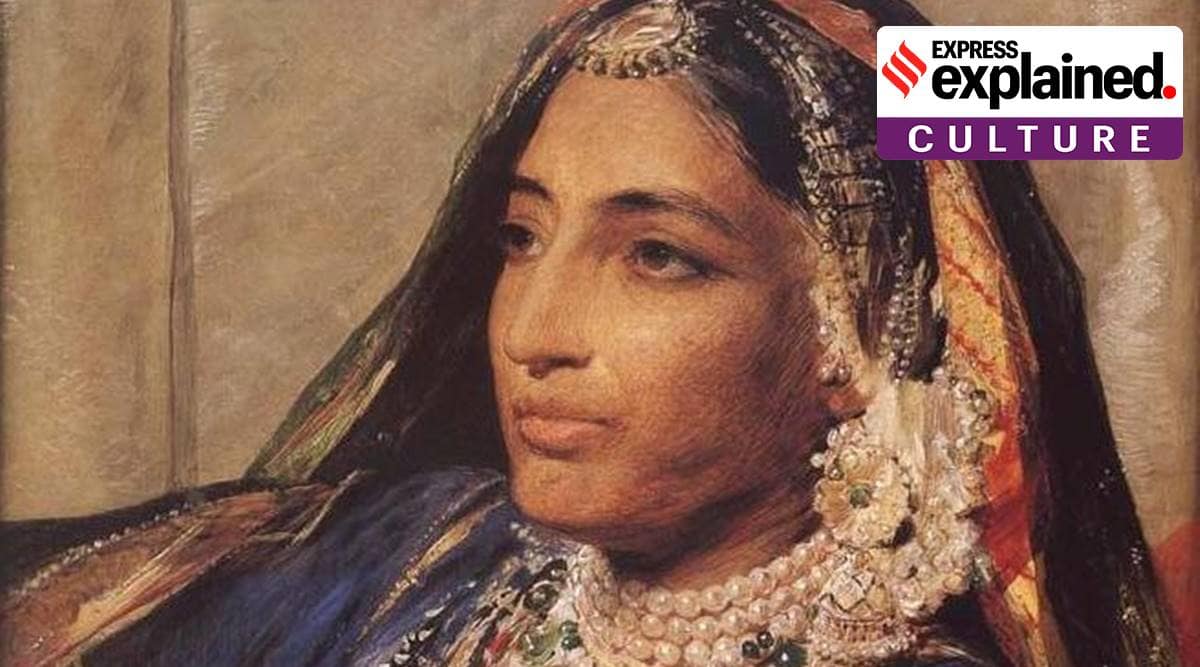 Maharani Jindan Kaur was the mother of Maharaja Duleep Singh, the last ruler of the Sikh empire, who was raised by the British. (Photo: Wikimedia Commons)

Maharani Jindan Kaur, the last wife of Maharaja Ranjit Singh, is in news for the auction of some of her jewellery at Bonhams Islamic and Indian Art sale in London earlier this week.

“As the only surviving widow of Ranjit Singh, Jindan Kaur (1817-1863) led a spirited resistance to the encroachment of the British into the Punjab, but was eventually forced to surrender. More than 600 pieces of her jewellery from the legendary treasury of Lahore were confiscated, and she was imprisoned before escaping to Nepal in 1848,” notes Bonhams, in reference to the jewellery.

Who was this feisty queen who waged an unending struggle against the British? Read on.

Who was Rani Jindan?

She was the youngest wife of Maharaja Ranjit Singh, founder of the Sikh empire, whose boundaries stretched from Kabul to Kashmir and the borders of Delhi. She was also the mother of Maharaja Duleep Singh, the last ruler of the empire, who was raised by the British.

Born at Chachar in Gujranwala in 1817, Jind Kaur Aulakh was the youngest of three siblings. Her father Manna Singh Aulakh was the overseer of the royal kennels. It is said that impressed with Manna Singh’s description of his daughter’s beauty and intelligence, Maharaja Ranjit Singh married Jindan in 1835 when she was all of 18. She gave birth to Duleep Singh in 1838, a year before the death of the maharaja.

When did she become the regent?

Duleep Singh was five years old when he was placed on the throne in 1843 after the death of two heirs to Maharaja Ranjit Singh. Since he was just a child, Maharani Jindan was made the regent. Not a rubber stamp, she took an active interest in running the kingdom, introducing changes in the revenue system. Dr. Ganda Singh in his work on the private correspondence relating to the Anglo-Sikh War has quoted Lord Ellenbrough (Nov. 20 1843) as saying, “The mother of the boy Maharaja Duleep Singh seems to be a woman of determined course, and she is the only person apparently at Lahore, who has courage.”

When did the British imprison and exile her?

The British declared war on the Sikh empire in December 1845. After their victory in the first Anglo-Sikh war, they retained Duleep Singh as the ruler but imprisoned Jind Kaur.

Prof Indu Banga, a Chandigarh-based historian who specialises in the history of Punjab, says the British tried hard to vilify Jindan as she tried to rally forces against them, but “unlike many others, she did not give in.”

The British campaign against her was vicious, describing her as a prostitute, seductress and the ‘Messalina of the Punjab’, a reference to the promiscuous third wife of Roman Emperor Claudius.

Jindan believed that if united, Indian rulers could oust the British. She was in touch with Bhai Maharaj Singh, who tried to rebel against the British after the annexation of the Sikh empire. Banga says, “With many historians counting the Anglo-Sikh battles as the first war of independence, Jindan has now become a heroic figure.”

William Dalrymple and Anita Anand have also written about Jindan in the book, ‘Kohinoor: The Story of the World’s Most Infamous Diamond’, in 2016.

Describing her dramatic prison break on April 19, 1849, from Chunnar Fort in Uttar Pradesh, the book says: “Dressed in beggars’ rags, she fled under cover of darkness, taunting her British captors as she went.”

“Scattering money on the floor of her cell, Jindan scrawled a note for the guards to find: You put me in a cage and locked me up. For all your locks and your sentries, I got out by magic… I had told you plainly not to push me too hard – but don’t think I ran away. Understand well, that I escape by myself unaided… don’t imagine I got out like a thief.’’

Don’t miss from Explained | The most famous missing artworks, and what is known about them

Where did she go after escaping from Chunnar fort?

Maharani Jind Kaur arrived at Kathmandu on April 29, 1849, where she was given asylum by Jung Bahadur, the prime minister.  She was given a house on the banks of river Bhagmati. She stayed in Nepal till 1860, where she continued to reach out to rebels in Punjab and Jammu-Kashmir. Her letters trying to contact rebels detained in Allahabad fort were intercepted by the British government. She established contact with Bhai Maharaj Singh in Jammu and Kashmir. She also sent emissaries to Maharaj Gulab Singh of Jammu. At one point, the British caught some funds she was sending to rebels. Things reached such a pass that the British asked the Nepal PM to rein her in. 📣 Express Explained is now on Telegram

Did she ever reunite with Duleep Singh?

Maharani Jindan met Duleep Singh at Calcutta in April 1861. The British, ever suspicious of the maharani’s machinations, ordered then that she leave for London in May.

It was due to her influence that Duleep Singh, who had converted to Christianity, returned to Sikhism.

The long exile took a heavy toll on Maharani Jindan’s health. She passed away in her sleep on August 1, 1863, two years after she walked into the Kensington Gardens in 1861.

Christy Campbell, author of ‘The Maharajah’s Box,’ a book about Duleep Singh, says Jindan was “one of the most remarkable characters of 19th century history, let alone Indian or Sikh history”.

Jindan was buried in west London as cremation was illegal in Britain during those days. In 1997, a marble headstone with her name was uncovered during restoration at the Dissenters’ Chapel in Kensal Green, and a memorial to the Maharani was installed at the site in 2009.

For all the latest Explained News, download Indian Express App.

This past weekend, Serene Singh, a Sikh and South Asian 23-year-old from Colorado Springs, Colorado placed in the TOP 10 for Miss World America, the world’s largest and oldest pageant competition. Singh is also a former America’s Junior Miss as well as Miss Colorado Teen. 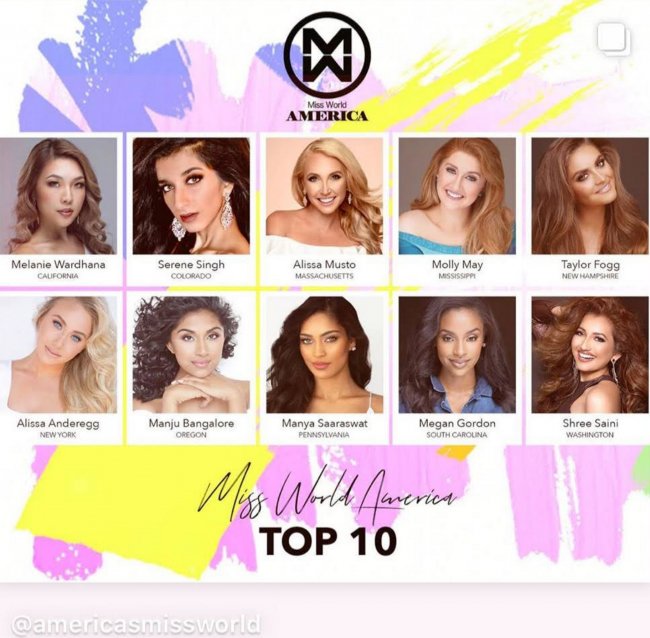 As a part of the Miss World America competition, Serene submitted tens of videos, statements, and photos. After Singh won the Miss Colorado title, she engaged in interview, fitness, talent, photogenic, entrepreneur, influencer, Q/A, head-to-head, among other competitions to land her a spot in the prestigious Top 10 in the USA.

After many years of the Miss World America competition without Colorado placing, Singh is “so grateful and excited” to have represented her home state this year and to be bringing home a special honor this 2020 year. Former Miss World America’s have included Halle Berry and former Miss USA Olivia Jordan. 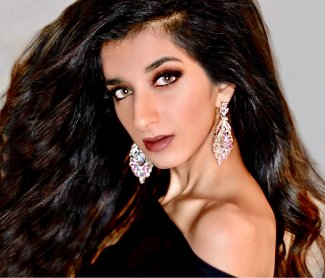 “Pageantry for me has been an opportunity to meet like-minded women who care deeply about being multi-disciplined in life, serving a greater purpose than themselves, and representing the culture and communities I carry with me so that someone out there is inspired to do the same in their field or with their dreams – even if it has never been done before,” explains Singh.

Singh is a Rhodes Scholar and Truman Scholar who attended the University of Colorado where she obtained Latin Honors in her degrees in Political Science and Journalism. Currently, Singh is a Doctoral student at the University of Oxford, research focusing on the treatment of women in the United States criminal justice system.

Her focus on women and girls extends beyond her research and according to her, is the same reason she competes in pageantry. As a former intern for Mrs. Obama’s Global Girls Alliance as well as the Founder of The Serenity Project, a nonprofit that works with women survivors across the U.S. to build confidence tools and mentorship, Singh is deeply passionate about bringing awareness to women’s issues as well as advocating for women’s rights. She is also working on a project in Jharkhand, India to help Indian adolescent village girls gain self-defense skills and resources to stay in school. 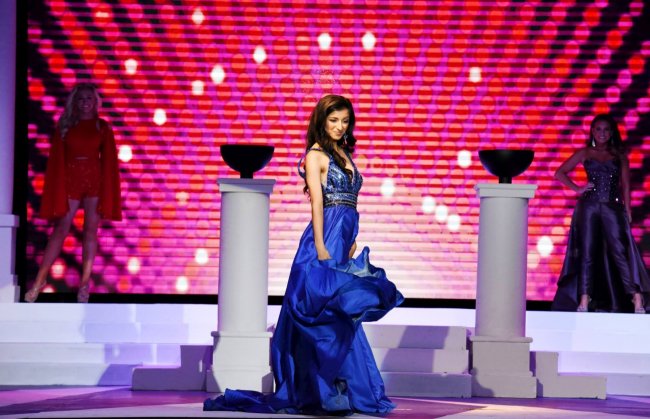 “In fact, I started my nonprofit with the knowledge I gained from my very first pageant title. I promised myself when I started competing to give all I am given back so more girls out there have opportunities like the ones I have had in my life to reach where I am today,” Singh says.

Indian sport is mourning the loss of one of its greatest heroes – hockey player Balbir Singh – who helped the newly independent country win its ever gold medal at the 1948 London Olympics.

Singh died at the age of 95 in the northern city of Chandigarh after a prolonged pulmonary illness, his family said.

In an illustrious career, Singh won two more Olympic gold medals. Even after retirement he coached the Indian team that won the World Cup in 1975.

But it was his exploits at one of the more unusual Olympics that he first made his mark.

The 1948 Olympics were held in a London still emerging from the chaos of World War Two and were known as the Austerity Games.

Food was still subject to rationing and members of the British team supplemented their meagre diets with whale meat.

Athletes, who were housed in RAF camps and school halls, were told to bring their own towels and medals were handed over without ribbons to save money.

The Indian men’s hockey team met hosts Great Britain in the final and beat them 4-0 with centre-forward Singh – then aged 23 – scoring twice in the first half.

In a 2014 interview, Singh recalled the charged atmosphere in a packed Wembley Stadium and seeing Queen Elizabeth – mother of Britain’s current monarch – who had been the last Empress of India until independence a year before.

“It’s impossible to explain the feeling of joy and happiness,” he said. “You have to experience it. I was so happy. I was on top of the world. The memory of my first Olympic Games in 1948 is still fresh in my mind.”

In another interview he told The Times of India how it had felt to see the Tiranga – the tricolour flag of the newly independent India – being raised in the medal ceremony.

“The Tiranga rose up slowly. With our national anthem being played, my freedom-fighter father’s words ‘Our Flag, Our Country’ came flooding back. I finally understood what he meant. I felt I was rising off the ground alongside the fluttering Tiranga,” he said.

The victorious Indian team received a rapturous welcome on its return home. In his autobiography, The Golden Hat-Trick – My Hockey Days, Singh recounted how huge crowds met them in Mumbai (then Bombay) where many of the players were from.

“We were swept off our feet and it was here that I realised what the victory meant to our nation, starved as it was of world class accomplishments. Hockey was the only sport that gave the country a ray of golden hope, something to cheer for and celebrate.”

The Indian team successfully defended its title in the following two Games in Helsinki and Melbourne.

In the 1952 final, Singh scored five goals in India’s 6-1 victory over the Netherlands – a record that still stands. At the 1956 Games he captained his team when they scored 38 goals in five matches and conceded none. They took gold in a close 1-0 victory over Pakistan.

Singh added silver medals to his collection at the Asian Games of 1958 and 1962, before beginning a successful career as a coach.

Prime Minister Narendra Modi was among those who paid tribute.

“He brought home lots of pride and laurels,” Mr Modi tweeted. “He also made a mark as a great mentor. Pained by his demise.”

Hockey India president Mohammed Mushtaque Ahmad said they had not only lost their greatest hockey legend “but we have also lost our guiding light”.

“His achievements in the post-independent era have been well-documented,” he said. “Hockey has lost its brightest star and everyone at Hockey India is pained by this news.”