What is your experience of being a Sikh in the UK?


According to the UK Sikh Survey 2016, British Sikhs have seen an increase in discrimination and hate crimes. We’d like to hear your experiences

Friday 25 November 2016: According to the UK Sikh Survey 2016, almost one in five Sikhs has encountered discrimination in a public place over the past year and one in seven has directly experienced workplace discrimination.

The Sikh Federation, who published the comprehensive survey, said British Sikhs have been “invisible to the government since 9/11”.

The report found that Sikhs who wear religious iconography or clothing are most likely to experience abuse, with men more vulnerable than women. The most common places where discrimination is experiences are airports and public transport.

The poll of 4,500 Sikhs in the UK, conducted online, in written questionnaires and in face-to-face interviews, was managed by the Sikh Network. It provides a comprehensive picture of the community, say the authors. The survey found that more than two-thirds of Sikhs were born in Britain and nine out of 10 describe their nationality as British. The overwhelming majority reject being described as Indian or Asian.

What is your experience of being a British Sikh? Have you been a recent victim of discrimination or hate crimes? How has the situation changed over the last 10-20 years?

You can share your stories with us by filling in the form below – anonymously if you wish. All response will be kept confidential and a selection will be featured in our coverage. 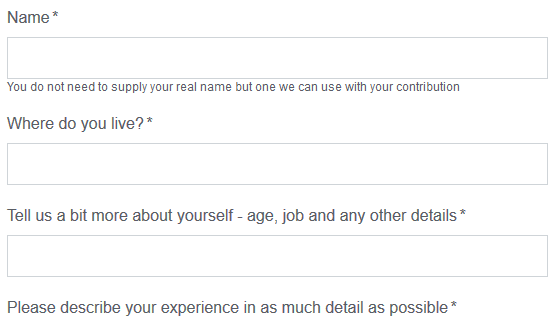 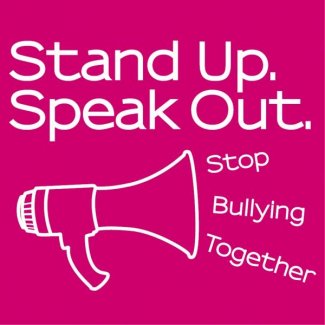 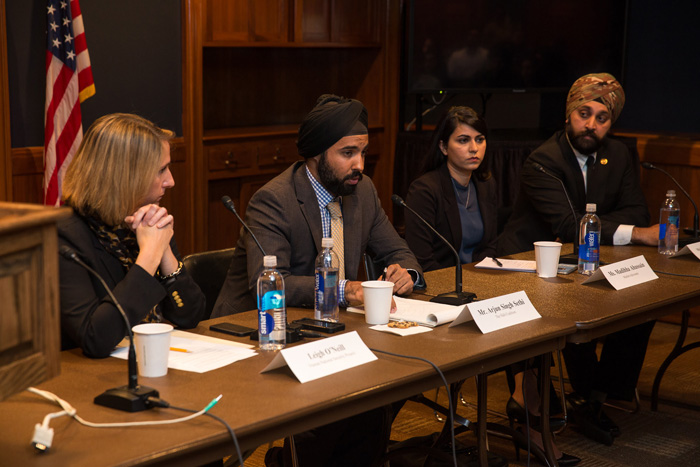 WASHINGTON DC- On October 12, the National Sikh Campaign organized an event on Capitol Hill to raise awareness about the Sikh faith. With the help of the Sikh Coalition, Muslim Advocates, and the Truman National Security Project, the Sikh organizations briefed members of the U.S. Congress on matters ranging from hate crimes to elevating knowledge about the Sikh faith. Senator Cory Booker (D-NJ), Sen. Kirsten Gillibrand (D-NY), and Representatives Joseph Crowley (D-NY) and Rep. John Garamendi (D-CA) supported the event and sent video messages expressing their support. The event was centered around a panel discussion about the misconceptions that many people have about the Sikh faith and fear of “Muslim-looking” communities. The panel also discussed the dramatically rising hate crime rates against the American Sikh community since 9/11. 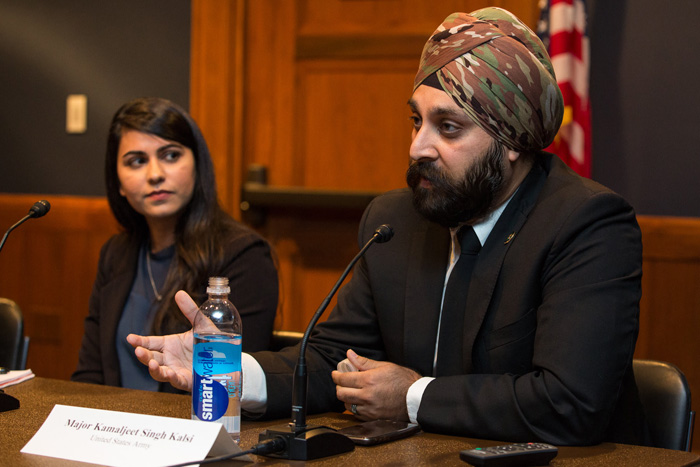 Major Kamaljeet Singh Kalsi is a U.S. Army Bronze Star Medal recipient and the first turbaned Sikh soldier in over 30 years. Major Kalsi spoke on the panel and spoke extensively about the progress that our country has made with race related issues but emphasized there is still more work to be done. Major Kalsi also emphasized that we as individuals need to be proactive in spreading knowledge about our community to the broader American public.