We will all be Singhs and Kaurs!


The Hall echoed with the pledge of 515 attendees: “We will never believe in Caste System and will show the world your vision (They are pledging to Dhan Guru Gobind Singhji). We will all be only… SINGHS AND KAURS!!. Aje vee sadeeyan ragaan vich, kalgeedhar daa khoon hai. Degh Tegh- Fateh, Panth Kee-
Jeet, Raj Karega Khalsa. Bole So Nihaal- Sat Sri Akaal 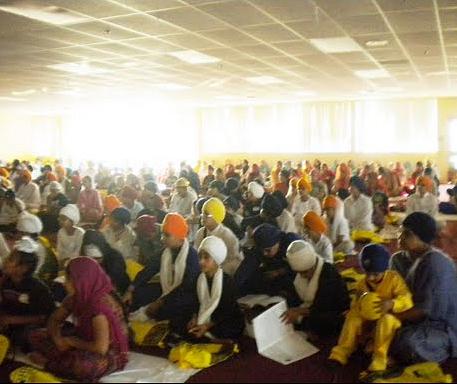 GGSSC Canada (Guru Gobind Singh Study Circle Canada) delivered yet another successful crash course to over 500 attendees at Ontario Khalsa Darbar also known as Dixie Gurdwara in Toronto. This time it was about Sikh Bhagats. This course was Part 1 and it covered 7 of the 15 Sikh Bhagats whose bani is in GGSji. The course explained the CASTE system in ancient India and how even today Sikhs are unable to break free of this cancer. At the end of the course their was an Oath Ceremony to commit to not using CASTE in our daily life starting, with Surnames that represent the existence of caste

“I Have attended Gurmat Classes for almost 1 year but have never learned as much as I have learned in these 4 hours. Thanks to GGSSC. They should have these courses more often”, says one of the attendees.
Another attendee walked up to the teacher at the end and promised that he will stop trimming his beard as these courses have changed his life.

Important to note… these are unsolicited commitments. 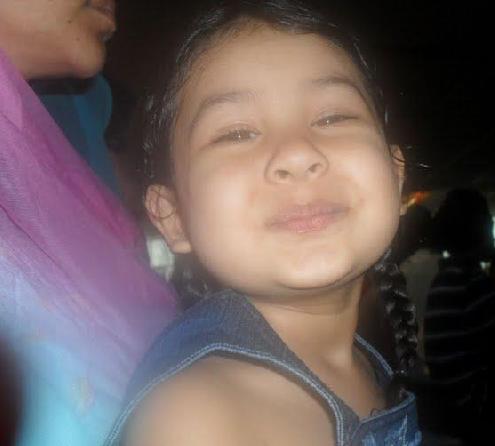 This is the 8th crash course GGSSC has offered in Canada and all were a full house, with over 200 attendees. However this one was record breaking with 515 attendees. The key reasons for our success is that we go to the level of the youth and then connect. We use latest multimedia presentations and have great speakers who deliver right from their experiences.

The fact is you need to captivate the youth today in order to touch them and create that attraction towards sikhee. “The youth is knowledgeable and smart .. All we need to do is share the history in the correct light so that it is believable and then they will carry the torch faithfully”, says Veer Amarpreet Singh, one of the GGSSC speakers.

The most popular comments were given by the parents who attend the Gurmat Crash course Sikh Bhagats part 1; they never had seen anything like it in there lives and could not believe that their children were able to sit all three days for three hours without stirring. The children were at the peak of their curiosities by the end of the day as to what would be in store for the next day to come. Second day was Turban and Dress up Contest between Kaur & Singh The dress up contest was from age 4 to 24. The contest winners were given a Gift certificate next of last day (what does this mean?) the slides were shown on Drug Awareness and how it can ruin a life at a young age to college age 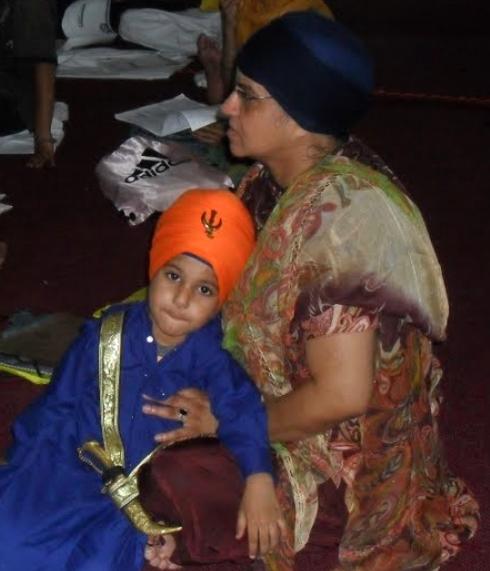 The children were so excited for the TEST. Before the test there was a game of Who wants to be a Sikhnaire. All age groups, from 4 to 24, participated in the game

It is important to note that GGSSC charges NO FEE for these courses and they give away highly attractive gifts like $20 gift cards from major retailers and soccer balls and grand prizes like iPhone, PSPs, Net-books, etc. No doubt they get it!! They know how to catch the pulse of this highly touchy generation and get them moving in their new worlds in the Sikhee spirit.

The prizes will be given to all age Group Winners on October 4th,2009 at Ontario Khalsa Darbar also known as Dixie Gurudwara at 1pm On Mail Hall Deewan by GGSSC

Vancouver, BC – The B.C. government will introduce a motion in the legislature tomorrow to apologize for the Komagata Maru incident.

House Leader Michael De Jong said the timing is meant to coincide with the anniversary of the arrival of the ship carrying would-be Indian immigrants at Vancouver harbour on May 23, 1914.

“This motion acknowledges the suffering the passengers of the Komagata Maru experienced as a consequence of racist attitudes of the day toward people from India and expresses deep regret that those passengers were turned away,” Attorney General and Minister Responsible for Multiculturalism Wally Oppal said.

Upon arrival in India, the passengers were detained. The British planned to send them to Punjab, and when they protested 20 were killed.

Upon arrival in India, the passengers were detained. The British planned to send them to Punjab, and when they protested 20 were killed. Canadian officials took two months to determine that only 24 of the 376 mostly Sikh passengers on the Komagata Maru would be allowed to stay. Meanwhile, passengers faced food shortages and disease on the crowded Japanese steamship.

Nov 7, 2016: The largest police force in the US is finally allowing Sikh officers to serve in uniform without cutting their beards.

In recent years, major cities in California, Texas, Illinois and Washington, DC, have allowed turbans, while New York City – which is over 40,000 officers strong – has lagged behind.

The city’s finest will now be allowed to don uncut beards, with approval for turbans soon to follow, according to Gurvinder Singh, an officer in the NYPD‘s community engagement department. Singh also leads the Sikh Officers Association.

“It took a lot of discussion and a lot of back-and-forth, and we were finally able to do it,” Singh said.

Sikh Officers Association worked with New York City Department’s Equal Employment Office and Legal Bureau to allow for this new exception for Sikhs. Similar to other exceptions in the department, all officers who want to serve with beards will have to fill paperwork that will go through appropriate channels before it can get approval.

To-date, the NYPD has allowed beards for individuals who have sensitive skin, provided they obtain a doctor’s note.

Police officer Robin Alfani said this signals a significant change in policy and the department has recently been paying closer attention to religion.

Singh said he is confident that turbans will be approved by next year. The delay is due to ongoing discussions about what standard to use for tying the turban. He added that the future is bright for young Sikhs who might want to serve.

“We have different styles of turbans, we have to come up with a uniform turban that will not only fit the department needs, but also follows the Sikh faith,” he said. Singh said he has engaged a number of Sikh advocacy organizations and the US Army to find the right fit.

150 Sikhs serve in the NYPD, of whom around seven currently wear turbans. The department also recently promoted its first Sikh, Sgt. Pratima Bhullar.

The department has been previously criticized for its lack of accommodation for Sikhs and how that discouraged individuals from the community from joining.

“People who couldn’t join before will now be able to do it,” Singh said. “We’re hoping Sikhs do join. People want to see us in uniform to go out and serve our communities, you know, because we grew up here. So now we have a chance to serve.”