Celebrating the 550th Gurpurab (Birth Anniversary) of the 1st Sikh Guru, Guru Nanak Dev Ji.
Congratulations to all on this special occasion! 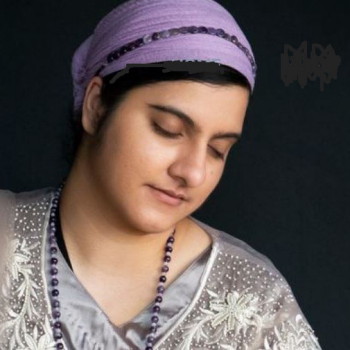 Taren Kaur is a Singer-Songwriter and Kirtan Singer from the United Kingdom.

Inspired by the rich history of music, deep poetic writings and the universal teachings of oneness and equality from the Sikh faith, she creates and sings music accessible to all, no matter which spiritual path one may follow. Taren Kaur performs and composes meaningful, deeply soulful songs, inspiring and connecting with listeners across the world.

Influenced by music from a young age, she taught herself how to play the guitar and soon began to write her own lyrics and compositions.   Fusing together western and eastern musical influences of her ancestors, she developed her own unique sound. Taren Kaur’s music touches the hearts of the listener and encourages them to delve deep within. Her soothing vocal range draws in listeners regardless of their faith or cultural beliefs.

Taren Kaur breaks down any barriers between people through her accessible soul-entrancing music. 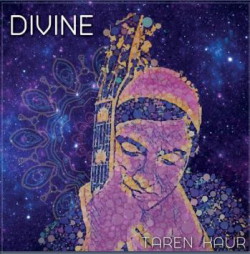 To Get All The Latest Video Updates! – https://www.youtube.com/tarenkauruk?s…

The below text is an excerpt taken from the book Heroes, Saints and Yogis: Tales of Self Discovery and the Path of Sikh Dharma, compiled by Shakti Parwha Kaur Khalsa and Guruka Singh Khalsa.

Har Rai was an extremely sensitive child. The story is told that when he brushed against a rose bush and accidentally knocked some petals to the ground, he wept because he had hurt the bush.

He became the Guru at the age of 14. Honoring his grandfather’s wishes, he did not disband the existing army of Sikh Warriors (Saint/ Soldiers) that Guru Hargobind had established. He kept 2,200 mounted soldiers at all times. Although he personally never indulged in any direct political or armed controversy with the Mughal Empire, Guru Har Rai always personally remained a man of peace while encouraging the military spirit of the Sikhs.

He went hunting, not to kill animals, but to care for them in a beautiful zoo he had established at Kiratpur Sahib. He also established an Ayurvedic herbal medicine hospital and research center there.

Healing the Enemy – a Story about Guru Har Rai

Dara Shikoh, the eldest son and heir apparent of Shah Jahan* became seriously ill, poisoned by his brother Aurangzeb, who aspired to the throne. The best physicians said his only hope for recovery was if he could be given certain medicines they did not have at hand.

Advised that Guru Har Rai had healing skills and these rare medicines, Shah Jahan sent a humble request for treatment for his son. The special medicines were given to the Emperor’s messenger with the addition of a pearl that was to be ground up into powder and added to the remedy. The Guru’s Sikhs asked Guru Har Rai why he was helping the son of Shah Jahan, an enemy who had quarreled with both his great-grandfather, Guru Arjan Dev, and his grandfather, Guru Hargobind, and was certainly also his own enemy.

“Behold, with one hand man breaks flowers and with one hand offers them, but the flowers perfume both hands alike. The axe cuts the sandal tree, yet the sandal perfumes the axe. We ought, therefore to return good when we are treated badly.”

The medicines saved the life of Dara Shikoh. The Emperor wholeheartedly thanked the Guru and vowed he would never again cause him any annoyance.

*Note:  Shah Jaha was a Moghul Emperor who built the Taj Mahal at Agra in memory of his beloved queen, Mumtaz Mahal. 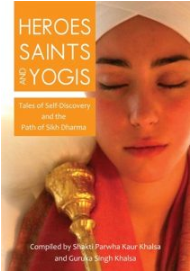 In the book Heroes, Saints and Yogis: Tales of Self Discovery and the Path of Sikh Dharma, compiled by Shakti Parwha Kaur Khalsa and Guruka Singh Khalsa:

What does it mean to live as a Sikh? How is this lifestyle relevant today? In this reader friendly collection of personal stories you will find “People Like You and Me” candidly sharing their experiences of self-discovery along the path of Sikh Dharma. This one-of-a-kind book includes fascinating tales of the unique lives of the ten men of higher consciousness who forged a path of everyday learning and personal excellence.

Visit our Marketplace if you are interested in purchasing this book.