Imagine a community of believers
gathered at Anandpur Sahib on Vaisakhi
to listen faithfully to their Guru’s wisdom.
The plume-adorned Guru dazed them
like a bolt of lightning on a sunny day
a poet philosopher inspiring his listeners
with a clarion call, simply demanding a willful
surrender of self-a readiness to give up self-worship.

Imagine those five beloveds
from different creeds and castes:
a shopkeeper, a farmer, a tailor,
a water-carrier, a barber who
rose up to the call for solemn sacrifice.
Fearless with faith to meet the Guru’s sword,
they stepped up to follow him unquestioningly
ready to surrender their lives for the Guru.

Imagine as the Guru brought
his beloved disciples back– the glorious Khalsa
adorned in his image nurturing compassion,
righteousness, courage, strength and humble grace
to follow the path of oneness and fellowship
to resist tyranny, to defend social justice
to serve humanity with selfless love
and to promote compassion for all.

Imagine such wonder of selfless love
embracing thousands of seeking souls.
A sweet immersion into a promise
of compassionate connections initiated
the five beloveds as they sipped the sweet Amrit.
The Guru then bowed for his own initiation –
Guru became disciple– his palms joined blissfully
to drink the sweetened sword-dipped nectar..

Imagine such undying legacy of humanity as
the Guru gifted his disciples with 5 Ks, names and purpose,
asking Sikhs to relinquish rituals, forego taboos,
cast-off castes, renounce superstitions and unshackle their
minds from divisions. Instead assume a unique identity —
to be courageous Singhs and Kaurs practicing equality,
and creating a world of freedom and revolutionary love
where no one is superior nor deemed inferior.

This image, which was originally posted to Flickr.com, was uploaded to Commons using Flickr upload bot on 17:55, 30 August 2009 (UTC) by Ekabhishek (talk). On that date, it was available under the license indicated.
This file is licensed under the Creative Commons Attribution-Share Alike 2.0 Generic license. 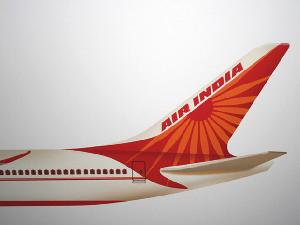 Talking to The Tribune over the phone, he said this special flight was introduced on October 29 to facilitate Sikhs to attend the tercentenary celebrations of Gurta Gaddi Diwas of Guru Granth Sahib. Air-India wants this flight to be discontinued from November 4, just six days after it was introduced.

Otherwise, even in the present day, it is difficult to visit Hazur Sahib Nanded because of no direct air connectivity.

“Hazur Sahib Nanded is our Haj and all facilities that are enjoyed by our Muslim brethren should also be extended to the Sikhs,” says Gill.

Gill, who returned from Hazur Sahib today after attending the tercentenary celebrations, said the demand for the continuation of the Air-India flight was made to him by hundreds of people he met and interacted with at Hazur Sahib Nanded.

Guru Gobind Singh also wanted that all Sikhs after the age of 60 years must visit Hazur Sahib Nanded on the lines of Haj.

“For Sikhs, the pilgrimage to Hazur Sahib Nanded is like a Haj. Since the government of India spends about Rs 450 crore every year to facilitate Haj of our Muslim brethren to Mecca, it will be in the fitness of things that a similar gesture is made to the Sikhs by making the Amritsar-Delhi-Hazur Sahib Nanded flight ergular besides reducing its return fare further from Rs 15,000.

“The government of India has built a new airport at Nanded Sahib. To make maximum use of this new facility besides facilitating Sikhs to travel to their Haj year round would serve a double purpose,” says Gill, maintaining that he will take up the matter with the Prime Minister as well as the union civil aviation minister.

“It was a fantastic experience for me not only to attend the celebrations but also to interact with people from all walks of life, including saints, villagers, locals and others. I also feel blessed as I also got lifetime opportunity of addressing the august gathering before various religious heads, saints and other prominent personalities were felicitated from the great podium, specially erected for the celebrations,” Gill adds.

He was born Sikh, raised in America. He was used to being teased and insulted for his different appearance and eventually he decided to fit it. He shaved his beard and cut his hair.

Then an event changed his perspective, his grandfather did something that left a mark for the rest of his life. In the hospital his dying grandpa could have lived longer if they cut his beard. He tried to convince this tough old Sikh, “I said, ‘Bhapoo ji, if you don’t shave your beard, you’re gonna die.’ And he sits up a little bit and looks at me and he says, ‘Than let me die grandson.’… I see him embrace his death, willing carry his head in his palms if he has to so that he can die as a Sikh. But not me. I had tried to wash the shades of my skin, the content of my culture and the tone of my tongue just for a few privileges, so that I could fit in, so that I could feel American… even though I don’t think I’ll ever be as tough as my grandfather, I do feel closer to him every day.”