‘Sikhs in Continental Europe’ by Swarn Singh Kahlon is an enticing collage of stories showing the capability and capacity to struggle for survival before making it big in the dream destination.

The canvas of life in the book is splattered with stories of travails of Sikhs from Punjab who landed in different countries searching for an identity. The chapters are filled with torrid experiences that majority of the new entrants faced while performing menial jobs and living in makeshift shelters.

He has visited as many as 80 countries on 24 passports for his books.

Kahlon’s travelogue is based on oral accounts, documents and newspaper clippings. The valuable part is the first-person narrative by Sikh migrants. Also featured are peculiar tales of unscrupulous agents, police arrests, deportation and police raids.

The book also has success stories like that of Dr Avtar (Billa) Singh Seth, who started as a barman in Austria in 1955. Choosing to pursue his studies in medical science, he was honoured by the President after his retirement in 2004. Rachpal Singh Kalsi, who came to Europe on a shoe-string budget in 1970, was conferred the Knighthood of Danneborg by the Queen of Denmark in 2006. We also have stories of certain strugglers who failed to find a home.

Gurdwaras are the biggest anchors for the Sikh population as well as the newcomers. The nations in continental Europe have approximately 140 gurdwaras.

Since a terror attack by an IS gunman killed 25 Sikhs at Gurdwara Har Rai Sahib in Kabul on March 25, the small Sikh and Hindu communities in Afghanistan have made multiple appeals to the Indian government for “immediate evacuation”. A look at these communities’ history in Afghanistan:

When did Hinduism reach Afghanistan?

According to historian Inderjeet Singh, author of ‘Afghan Hindus and Sikhs: A History of A Thousand Years’, Hindu rulers once reigned over Eastern Afghanistan, including Kabul.

“Islam entered Afghanistan in the 7th century. The Zunbil dynasty is believed to be the earliest Hindus who ruled over Kandahar to Ghazni regions of Afghanistan, from 600 to 780 AD. Later the Hindu Shahi dynasty ruled. They were replaced only by the end of the 10th century by Ghaznavids, who maintained Hindu forces,” Singh said. “It was only in 1504 that Mughal Emperor Babur captured Kabul… Babur used to refer to Kabul as ‘Hindustan’s own market’ and the province of Kabul remained with Hindustan until 1738.”

When did Sikhism reach Afghanistan?

Sikhism founder Guru Nanak visited Afghanistan in the early 16th century and laid the foundation of Sikhism there. As per the history of his travels recorded in the earliest janamsakhis, it was during his fourth udaasi (travels) during 1519-21 , with his companion Bhai Mardana, that Guru Nanak reached Afghanistan and visited present-day Kabul, Kandahar, Jalalabad, Sultanpur. All these places now have gurdwaras. Kabul was then under Babur’s rule. Guru Nanak’s followers from Kabul also started visiting present-day Punjab region. The seventh Sikh Guru, Har Rai, too played a pivotal role in sending Sikh missionaries to Kabul and a dharamsaal (earlier name for gurdwara) was established there.

“Several documents record the thriving trade of Hindus and Sikhs in Afghan society but today, 99 per cent of them have left the country. Afghanistan now refuses to acknowledge them as their natives but they have made contribution to their motherland despite a turbulent journey. Can an Afghan be a Hindu or a Sikh? History says, YES,” Singh writes in his book. 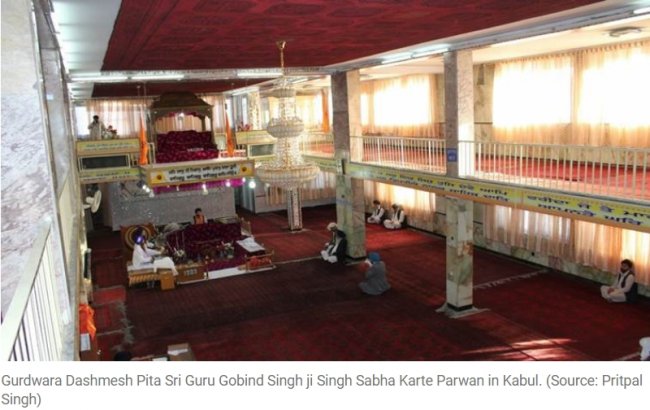 When did their exodus from the country start?

According to Singh, there were at least 2 lakh Sikhs and Hindus (in a 60:40 ratio) in Afghanistan until the 1970s.

In 1988, on the first day of Baisakhi festivities, a man with an AK-47 stormed a gurdwara in Jalalabad and gunned down 13 Sikhs and four Afghan soldiers. In 1989, Gurdwara Guru Teg Bahadur Singh in Jalalabad was hit by rockets fired by the Mujahideen and 17 Sikhs were killed.

The exodus started in 1992 when the Mujahideen took over. “The Soviet intervention, which started in 1979, lasted for a decade and Afghanistan became a battleground for the Cold War. The US and its allies started providing weapons to Mujahideen to fight a proxy war against the Soviet occupation. The Soviets withdrew in 1989… The Mujahideen captured Kabul in 1992 and deposed President Najibullah… A large number of Afghan Sikhs and Hindus started the exodus and left the country,” Inderjeet Singh writes.

Under the Mujahideen, there were widespread kidnappings, extortion, property grabbing incidents, religious persecution, targeting Sikhs and Hindus which became the trigger point for exodus. After the Taliban took over Afghanistan, those who remained continued to face persecution.

Where did those who moved out settle?

“During those days, it was extremely difficult for anyone in Afghanistan to get a passport. But still the Afghan government (in the months before the Mujahideen took over entire Kabul) issued speedy passports under a scheme called Aab Gang pilgrimage passport (Aab meaning water, Gang meaning river Ganga). The Indian Embassy set up an on-the-go visa department at Gurdwara Har Rai Sahib in Shor Bazar of Kabul to rapidly issue visas to Hindus and Sikhs. Some 50,000 people left Afghanistan under this scheme and came to India,” said Inderjeet Singh.

After arriving in India, many Sikhs and Hindus moved to other countries and are currently spread across the UK, Europe, US etc. “The majority of Afghan Hindus are now settled in Germany and Sikhs in the UK. Others live in Austria, Belgium, Holland, France, Canada and the US,” said Pritpal Singh, an Afghan Sikh settled in London and director of the documentary Mission Afghanistan.

Currently, how many Afghan Sikhs are settled in India?

Khajinder Singh, head of Afghan Hindu Sikh Welfare Society in Delhi, said, “Approximately, there are 18,000 Afghan Sikhs living in India, of whom 50-60% have citizenship and the rest are living as refugees or on long-term visas. Most are living in Delhi followed by Punjab and Haryana.” 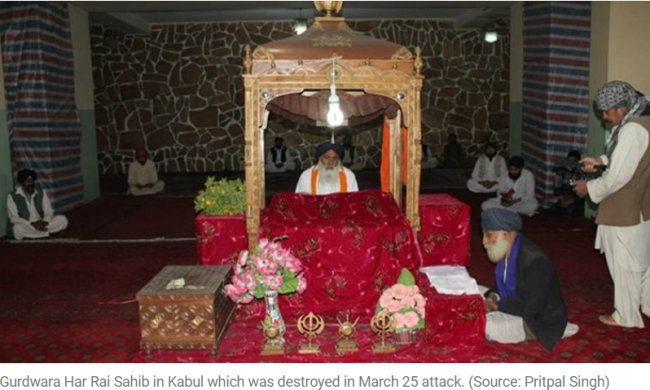 How many Sikhs and Hindus are left in Afghanistan?

On July 1, 2018, a suicide bomb attack in Jalalabad killed at least 19 Sikhs and Hindus. But the tipping point was the attack at Gurdwara Guru Har Rai Sahib on March 25 this year when an IS gunman killed at least 25 persons.

“Even after the 2018 attack, they did not want to leave their businesses and shops. But the 2020 attack was the final nail in the coffin because an attacker stormed inside a gurdwara and killed them. Gurdwaras are also homes for Sikhs in Afghanistan as most of them don’t have their own houses. Also, Sikhs in Afghanistan took heart from the Citizenship Amendment Act in India, knowing that getting Indian citizenship would be easier than before,” said Khajinder Singh.

Will the CAA help them?

The Citizenship (Amendment) Act, 2019, which reduces the period of mandatory stay in India from 11 years to five years for minorities from three countries including Afghanistan, will help those Afghan Sikhs and Hindus in getting the Indian citizenship, who moved to India before the cut-off date of December 31, 2014. The Home Ministry, however, is yet to frame the rules for CAA.

How many gurdwaras and temples are left in Afghanistan?

A leading Gurdwara in Slough is offering its entire four acre site to the NHS as a temporary hospital.

The Guru Maneyo Granth Gurdwara in Bath Road attracts worshippers from across the country.

Trustee Savraj Singh said: “We are fortunate to have a site with large versatile open spaces, excellent parking facilities and a communal kitchen that can serve thousands of meals a day.

“The Trustees and volunteers wanted to ensure the facilities could be put to use in serving the community in the best way possible and hence offered the entire Gurdwara site to the Berkshire NHS Trust. We are simply doing our duty to serve the community at its time of need, in the same way many other across the country are all playing their part in this national effort to defeat the virus.”

“For now, the Gurdwara has been informed that additional hospital space is not required, however given the rapidly changing situation that may change in the future. The Gurdwara is now looking to supply volunteers to the NHS to help with a range of activities.”

Volunteers at Gurdwara have also seen a growing demand for its free mobile food support service, where daily food parcels are dropped to the elderly, self isolated and NHS workers. The Gurdwara has linked up with Slough Children Services and Age Concern Berkshire to ensure that help gets to the most vulnerable in Slough.