This Innovative Idea is Actually an Old Tradition

This Innovative Idea is Actually an Old Tradition

We’re excited to announce a ground-breaking new documentary by Auteur Productions, “Guru Nanak: The Founder of Sikhism, Life and Legacy”.

With this project, filmmakers Gerald and Adam Krell aim to educate Americans about Guru Nanak and his vision to create a more equal society. Shockingly, research from the National Sikh Campaign found that 95% of Americans have never heard of Guru Nanak. That’s why our organization, with your help, will be promoting this film and encouraging the public to take the time to learn about our faith.

As part of that effort, this week we’ve launched a microsite at gurunanakfilm.com to build awareness of the documentary, the filmmakers, the story of Guru Nanak, and all the wonderful religious leaders, writers, and ordinary Sikhs who participated in this project.

The documentary premiered to a sold out audience at the Awareness Film Festival in Los Angeles this past Sunday, and will begin airing on PBS this spring.

We’re proud of the work we’ve done, and the success we’ve seen so far. But Guru Nanak: The Founder of Sikhism, Life and Legacy is an independent film, which means it won’t get a high-dollar Hollywood distribution budget. It is on all of us to make sure that as many people as possible see this film.

Watch the trailer for Guru Nanak: The Founder of Sikhism and share this new website about the film far and wide.

Together we can make sure that this important film reaches non-Sikhs so that they can find hope in Guru Nanak’s message in these turbulent times.

We’ll have lots of news about how you can bring this film to your community. For now it’s important that as many people as possible see the buzz around this trailer.

Thank you for your help spreading the word about this crucial project, and enjoy the show! 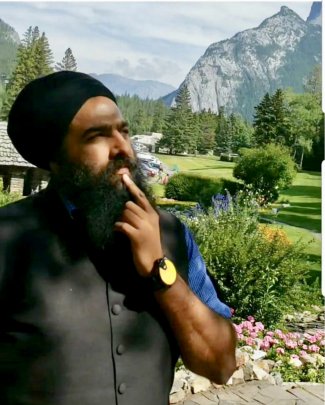 The Sikhist podcast is a project started to help get a Sikh perspective out there in the podcast space. I have been a huge fan of podcasts for many years and always felt this space could use more representations of Sikh voices. Our topics will cover a wide range of subjects such as religion, mental health, philosophy to entertainment, sports and more! I also want to interview experts in their respective fields to help bring valuable information to our community. I hope the Sikhist podcast can spread knowledge while still being entertaining.

I’m EXCITED to drop my latest podcast with my dear friend @mrsikhnet (Gurumustuk) . It’s an engaging conversation of laughs to serious topics such as internet sensibility in this day and age.