Today, we are releasing, “Sikhs in the United States: A Profile of Who We Are,” the first demographic research report on Sikh Americans in history. The report provides a glimpse of the Sikh American population.

Currently, there is a lack of demographic information available on Sikh Americans and over 2/3 of Americans admit to knowing nothing about Sikhism, the world’s fifth largest religion. This research is part of a series of reports that seeks to bridge this gap in information and to help raise awareness of the Sikh faith in the United States.

“Our research illustrates how Sikhs are an immigrant community that has achieved the American Dream by becoming educated, employed, prosperous and politically active,” said Nikhita Luthra, lead researcher and co-author of the report.

“As one of the world’s youngest faiths, the continued lack of information and data around the Sikh American community in the United States has two troubling consequences: discrimination and misunderstanding, which hinders our ability to address them.”

This research is the first of its kind and is imperative to better understand the lives of Sikh Americans and the challenges they may face with discrimination, bias and hate.

Below is a playlist of 35 Street Parchar videos by Basics of Sikhi. Enjoy.

I’ve always been puzzled by the fact that Sikhism is the 5th largest religion in the world, and almost everyone I’ve met before, didn’t know about it. I think there is a huge disparity of general public knowledge of Sikhism. This may be because we don’t proselytize, but are Sikhs autonomous to a fault? Does it take tragic events like Oak Creek to happen for the general public to gain knowledge about us?

You may have come across a youtube channel called “Basics of Sikhi”. The kathavachak (speaker) Jagraj Singh has done something innovative… He talks about Sikhism… to anyone.

When I saw his series on street parchar I was excited. Jagraj Singh talks to London passerbyers and engages them in spiritual conversation. Without pressure, he lets them know what Sikhi is all about.

I think what Jagraj Singh is doing is exactly right. While Sikhs don’t preach and proselytize, there is nothing wrong with informing others.

Not only is his bold approach great, I also love what he is saying. As I watch his videos I’ve found myself agreeing with everything he says. Which, unfortunately isn’t always the case when listening to kathavachaks these days. To me, it seems that there are lots of different opinions and interpretations about Sikhi. If Sikhism was a business, our PR department would be a mess. We would have no consistent policies on things. It would be a free-for-all of random opinions. Our customers would get one answer from one employee and a different answer from another employee. This is where I appreciate Jagraj Singh. I think he has broken Sikhi down in interesting, easily digestible pieces. These pieces are coherent, and generally public friendly. In the simplicity of this approach is beauty. As with anything the essence lies in the basics.

Not only that, but the videos are super interesting. I think of myself as being fairly knowledgeable about Sikhi and capable of explaining it to others, and I’ve learned a lot from these videos. I’ve learned more about Sikhi, and also about communication.

As Harnek Singh and Rasna Kaur pointed out in their film, if every Sikh were to educate 300 people about Sikhi, then statistically everyone in the entire world would know about this beautiful lifestyle. Maybe some day there will be more of us doing this kind of seva. And maybe we can use Basics of Sikhi as our template.

A progressive religion’s Guru-dwara Graphics and Signage to increase popularity.

Our identity (Sikh) in the west is mistaken and our gurughars are also looked upon as mosques.

As having good knowledge of visual Communication, Graphic & Architecture design, I like to make following points which could make a shift and certainly could reduce chances of shootouts and vandalism at our places of worship. 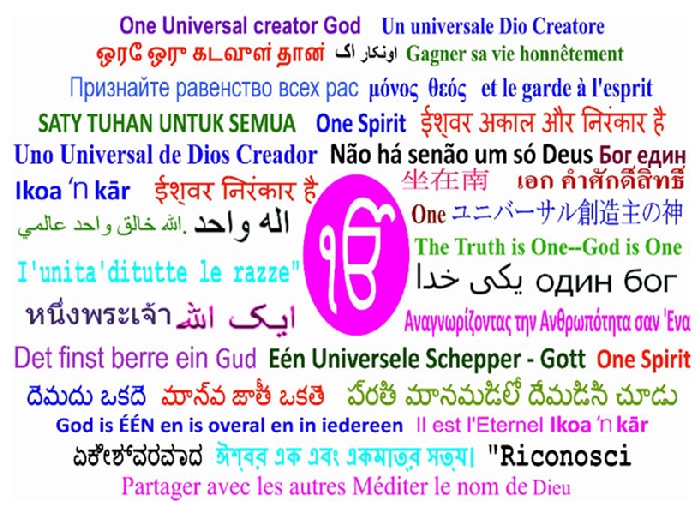 Sign on the gate is for visitors, passerbye’s and neighbours, it should have Inviting and Welcoming Message in local language predominently and than in secondary language, For example in Texas after English, Spanish-Which is also recomended on the sign. In French speaking Canada, sign should also include French. (teachers/guru-door/ home/ house god’s home translated in French. The gates and boundry walls, be kept transparent as much as possible.

We should used Good Graphics to invite them and indicate that they are welcome any time without hesitation. Short, clear, universally understood beleifs, may be used.

Sikh Symbol and some ordianary information even word Temple added does not do any justice.

Entrance Signs Should Clearly Communicate our Tenants and Beliefs in easy wording. Name of our organization should be given least importance which currently is not done. In Gurudwaras in India, we should also use local Language, Mool Mantra may be put on top in local languages. Bottom May explain cover your head, Do not keep Cigrettes or tobacco products in pocket.

Many Indians hardly know about Sikhs Which we may take for granted. Two instances I like to quote which shook me. A young man who worked for me after I invited him to Gurudwara, He was intrested but casually asked if Langar was Vegetarian. He had already this definite image from movies that every Sikh drank Alcohol and ate non veg. Other instance is unforgottable, A middle aged gentle man asked me inside the gurudwara, pointing to Guru Granth, If this was a grab (kabar) of our Guru? Moreover he had a French Guest whom he was going to show Gurudwara and share Sikhi !!!

There is hardly any Gurudwara (in India and in many cities in USA & Canada) where we have a person available to help visitors in English. Having such one person would be best releationship service for their local neighbors, visitors and community.

Meanwhile following examples could be your guide line to smartest, low cost advertising.

Compare them to your present signs, you may notice that they are not providing any information and costing a lot. Words like Gurdwara, Guru Nanak Mission, Guru Gobind Singh Foundation, Singh Sabha, Dashmesh Darbar, Sikh Dharamsal and many using Sikh Temple after shoot outs and vandalism at many Gurdwaras mean nothing to an American, French Canadian, European etcetera.

I have brand new designs for Cosmopolitan cities of world with a Guroo-dwara in local language like Tokyo, Paris, Munich, Athens-Greece, Brazil, etcetera and continue to create designs for African Countries. I believe this would be great way to spread Guru Nanak’s Mission. 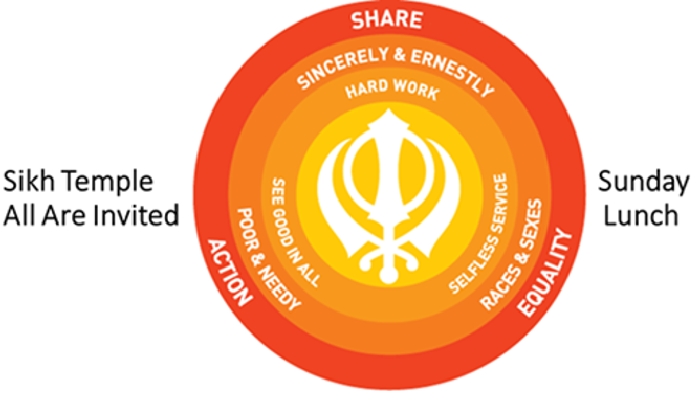 I am willing to offer my services to any Guroo-dwara anywhere to design sign, series of replaceable graphics for entrance and or a gate and compound wall to an existing Guroo-Dwara. My email is [email protected] 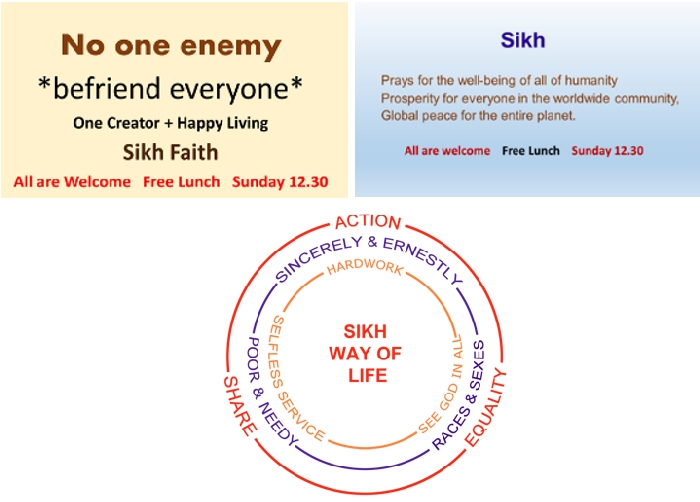 Please do not copy this images they are low resolution & to consideration for local codes also has to be followed in most cities in US & Europe. More over Proportions and colors play a major role in creating a good visual sign. Knowledge of Fonts is also very important and forms basics of design. Which is mostly not available with printing companies.