They write letters to the Department of Defense and national police agencies.

Deputy Sandeep Singh Dhaliwal, who lost his life in the line of duty last month, is mourned not just across the Sikh American community but also by everyone who valued diversity in America. The slain officer symbolized the multicultural ethos of the country and heralded it in more ways than one. Now citizens across the US are urging the policymakers to take note of his contributions.

Recently 98 former and current Sikh service members and law enforcement officials delivered letters to the U.S. Department of Defense and national police agencies calling for changes to accommodation policies for religious minorities. Paying tribute to Dhaliwal’s service, these Sikh Americans urged their respective institutions to streamline the process for all Americans that are willing and able to serve with their religious articles of faith intact.

The first letter urges state and local law enforcement to adopt clear accommodation policies for aspirant officers following in Dhaliwal’s footsteps. The second letter calls on the U.S. Department of Defense to implement a streamlined accommodation process across all branches of the U.S. military, similar to the policy change implemented by the U.S. Army in 2017, allowing religious accommodation of observant Sikh service members.

According to the civil rights organization Sikh Coalition, at the moment, approximately 25 U.S. law enforcement agencies allow religious accommodations for Sikhs, while the U.S. Air Force, Marines, and Navy still have policies that prohibit Sikhs and other religious minorities from serving with their religious articles of faith.

“In 2015, Deputy Dhaliwal became the first Sikh on the force to wear his articles of faith, including his turban and unshorn hair, while serving,” said Manpreet Singh, a Sikh Coalition board member and Houston community leader. “In doing so, he exemplified the Sikh ideal of seva, or selfless service to his community. Though his passing is deeply painful, it serves as an important reminder that the Sikh faith poses no barriers to serving our communities proudly.”

By advancing long overdue policies in his name, Sikhs in law enforcement and the military hope to ensure that the next generation of public servants is able to follow their career calling while staying true to their faith traditions. 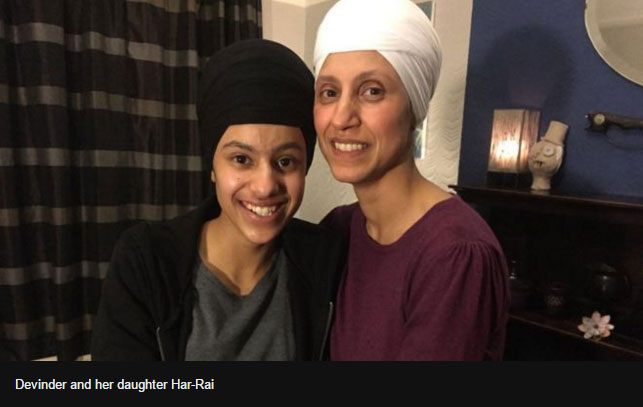 The turban is worn by millions of Sikhs – traditionally, mostly male ones. Now many Sikh women are donning it, too. Why?

“Doing this has helped me stay grounded and focused on what my responsibilities are as a human being.”

Devinder is in her early 40s. She’s a slender, tall British-Indian Sikh woman. She works as a teaching assistant at her local school in Ilford, north-east London. You can’t help but notice that she wears a turban, or what’s commonly known within Sikhism as a dastar.

The turban is the one thing that identifies a Sikh more than any other symbol of their faith.

An edict handed down in 1699 by the 10th Sikh Guru, Gobind Singh, requires Sikhs to not cut their hair. The turban, part of the Bana or military uniform at that time, was used to help keep the long hair and protect a Sikh’s head.

However, in line with its military tradition, it’s something that has always been a masculine symbol and almost exclusively worn by men, not women. That is until now, it seems.

“I wasn’t always like this,” says Devinder holding up a photo album of her younger years. “I used to have cut black curls, wear makeup – go out and do what people do on nights out… but it never sat comfortably with me even then.”

Seven years ago Devinder decided to become fully baptised into the Sikh faith. She stopped cutting her hair, and began wearing a tall white wrapped turban.

“People told me I shouldn’t do it and that it will hold me back. The elders felt it’s something that Sikh women didn’t do. But wearing my turban, I feel free and it pushes me forwards to be the best I can be every day.”

As well as wearing the turban, Devinder lets her facial and bodily hair grow naturally as well. It’s something she speaks confidently about. 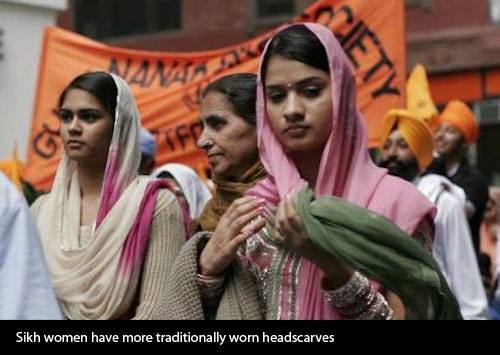 “Asian women are naturally hairy so it was difficult to let go at first and let go of the expectations society places upon what a woman should look like,” she says.

“But letting it go was so empowering. It’s a way of saying this is who I am, this is how God made me and putting that above what society expects of me.”

It impossible to know exactly how many Sikh women are now wearing the turban, but at a time when some Sikh men are deciding to cut their hair, Devinder is among a growing number of Sikh women deciding to wear one.

Doris Jakobs, professor in religious studies at Waterloo University in Canada, has done some of the most in-depth research in this area. She says that women tying turbans are mostly Sikhs living outside of their traditional homeland of the Punjab in India.

“This is something that the younger generation in the diaspora are doing. It’s a sign of religiosity in which some Sikh women are no longer content with just wearing a chuni (headscarf). Wearing a turban is so clearly identifiable with being Sikh and so women now also want that clear visual sign that they are also Sikh as well. It’s a play on the egalitarian principle of Sikhism.”

Post-9/11, many Sikhs faced discrimination and have even been attacked after being mistaken for Muslims. Some in the community say they have turned to the turban as they feel it helps give them an individual identity. 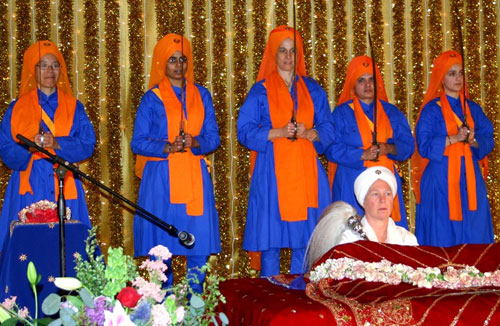 Sikhism at a glance

Jasjit Singh, a research fellow at Leeds University, has spent the last few years interviewing women who have begun to wear the turban. He says there are many reasons why they are doing it.

“Some say it helps with meditation and others say its part of a Sikh’s uniform,” he says.

“I found that many young girls see this as a way of reclaiming equality within the religion. The Punjabi community is still very patriarchal but these girls tell me that Guru gave a uniform to all Sikhs – and so why shouldn’t they wear the turban as well.”

The idea is an interesting one. Some might find it curious that, in order to seek equality, a woman might dress like a traditional Sikh man. But others argue a woman wearing a turban is a sign of empowerment.

Sarabjoth Kaur, 25, from Manchester, is one of them. She began wearing a turban two years ago. She appears draped in royal blue robes with a matching tightly wrapped turban. It has a metal shaster, a type of ancient Vedic weapon wedged into the front.

Sarabjoth, a former bhangra dancer, says her faith became stronger after she witnessed devout white Sikhs wearing the turban whilst worshipping in India. She strongly defends the right for women to wear the turban. 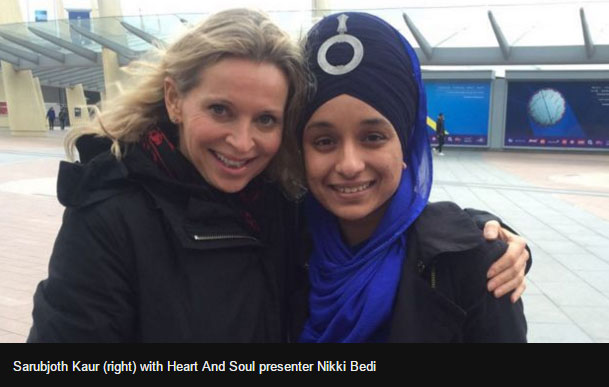 “People in my family weren’t comfortable with it. They thought it would be difficult to get a job or how would I find a good husband,” she says. “Before we had to change to fit in with British society.

“Sikh women are meant to be strong. They’re still khalsa (saint soldiers of the Guru) and the khalsa isn’t differentiated on gender. When I tie my turban every morning I want to see my Guru. I feel a great sense of pride when I see my reflection as I think this is what my Guru looked like, this is what the khalsa looks like.”

You can hear the full report on Sikh women and the turban on BBC Radio World Service’s Heart and Soul programme, 09:30 GMT on Sunday 14 February – or catch up on BBC iPlayer Radio