That time Sir John A. Macdonald called for ‘an army of Sikhs’ to save Canada

The idea was to create an image that celebrates the significant contribution Sikhs have made to this country, then and now.

What came of this idea is a striking black and white poster that shows in profile Sir John A. Macdonald, Canada’s first prime minister, face to face with Canada’s current Defence Minister Harjit Singh Sajjan. Above Macdonald’s head is the date 1867 and a quote: “Send me an army of Sikhs.” Above Singh’s head is the date 2017 and beneath it the line: “An army led by a Sikh.”

Macdonald’s call for an army of Sikhs came from a little-known letter he sent to his friend Sir Henry Sumner Maine in 1867. Sumner was living in India at the time.

The British North America Act had just been signed establishing Canada as a new country, albeit one under threat from its larger neighbour to the south.

Convinced that war with the United States was inevitable, Macdonald wrote that India — at the time a British colony — could “Do us yeoman’s service by sending an army of Sikhs.”

His idea was that Sikhs — renown for their bravery on the battlefield — could be sent to California to hold San Francisco “as security for Montreal and Canada.”

Pardeep Singh Nagra, executive director of the Sikh Heritage Museum of Canada, said in many ways Macdonald’s quote starts “the history of our legacy with Canada.”

“We’ve always been here,” he said in an interview Thursday on Metro Morning. “So it’s trying to share that narrative. This is framing us as part of Canada.”

Nagra acknowledged that Sikhs have a somewhat “complicated” history in this country.

Nagra was a boxer who filed a human rights complaint to compete for Canada internationally while wearing his beard. Sikhs have faced other battles over the right to vote, and the right to wear turbans while serving in the RCMP.

“We have always shared our toil with Canada,” he said.

Those fights aren’t forgotten, but Nagra says the poster and Sikh Heritage Month will focus on the battles Sikhs and Canadians have waged together.

“It allows us to celebrate and share with our fellow Canadians a sense of Canadianness through a Sikh lens,” he said.

Kes is an important part of the Sikh identity but it also carries
social, cultural, and political meaning for more than just Sikhs.
Recently, a film student from NYU explored this less explored
cross-cultural perspective by speaking with 3 individuals from various
backgrounds in an interesting (and short-18 minute) documentary. 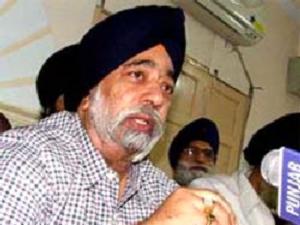 Chandigarh, December 21 – Definition of a Sikh as enshrined in Gurbani and based on messages of Sikh Gurus has already been accepted and approved by the Sikh Panth and no one has right or power to amend or change it.

This was the unanimous resolution adopted at an emergency meeting of the Delhi Sikh Gurdwara Management Committee (DSGMC) to which Sikh scholars, academicians and intellectuals were invited.

Delhi SGMC chief Paramjit Singh Sarna, who presided over the meeting, said since the general house of the Shiromani Gurdwara Parbandhak Committee (SGPC) had in 1973 passed and forwarded a resolution to the Union government saying after the Partition in 1947, a percentage of Sehajdhari Sikhs had become complete Sikhs with the remaining getting assimilated in the Hindu culture, the provision of Sehajdhari Sikh had become irrelevant.

The DSGMC’s strong-worded resolutions are on the expected lines, but they have brought to surface growing rift between Sikhs in and outside Punjab. Sikhs of Bengal have already resented the new definition of Sehajdhari Sikhs and urged intervention by the Jathedar of Akal Takht to resolve the crisis arising out of the affidavit submitted in Punjab and Haryana High Court.

The DSGMC now wants SGPC chief Avtar Singh and the executive committee to quit, and appear before Akal Takht to seek pardon for its endorsement of the new definition of Sehajdhari Sikh. “Till they do that, the entire Panth should boycott them,” said a resolution adopted at the DSGMC meeting.

Based on this resolution, the Union government made amendments and thereafter only “Keshadhari Sikhs” were allowed to vote in gurdwara elections. After the 2003 notification by the Union government, the term Sehajdhari Sikh became redundant and irrelevant and as such there was no occasion to submit a fresh definition to the high court.

The issue before the court was to determine whether a woman who trims her eyebrows was entitled to be called a Sikh or not. Instead of getting into a controversial issue of redefining a Sikh, the simple answer should have been that any one who cuts or trims hair is not a Sikh.