SikhsPAC has been aggressively communicating with federal immigration and US Homeland Security officials following the release of new immigration guidelines which could impact as many as 300,000 Indians living in the United States.

“Our first priority needs to be ensuring the safety and security of every Indian and Sikh living in the United States,” said Gurinder Singh Khalsa, SikhsPAC Chairman.

Khalsa has been working with Indiana Attorney General Curtis Hill to ensure that federal Immigrations and Customs Enforcement agents are not targeting individuals based on race. Racial and national origin profiling comes under Attorney General’s office of the states. A move that he encourages Indians and Sikhs in other states to pursue.

“Your state attorney general cannot directly influence federal immigration policy, but he can work to represent residents of his state in cases of discrimination or racial profiling ,” said Khalsa.

While the new guidelines nominally continue the previous administration’s emphasis on targeting criminals, there are significant changes. For example, under the Obama administration, only those convicted of crimes were eligible for targeted deportation. The new rules expand to include anyone charged with a major crime or percieved as a danger to national security by Homeland Security. 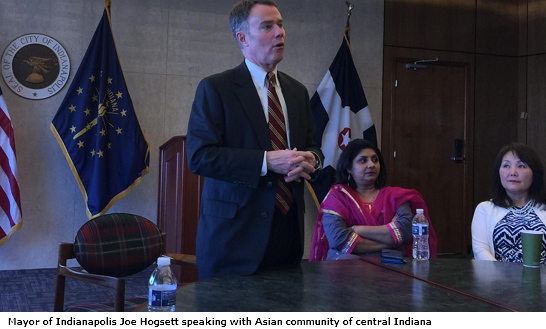 “There is a lot of uncertainty about the rules right now,” said Khalsa. “Frankly, we were shocked at the speed with which these changes were made.”

But, he adds, now is not the time to panic.

“We are working tirelessly to seek clarification from federal officials,” said Khalsa. “That effort is stretching our resources to the limit, but we will get answers as quickly as we can.” 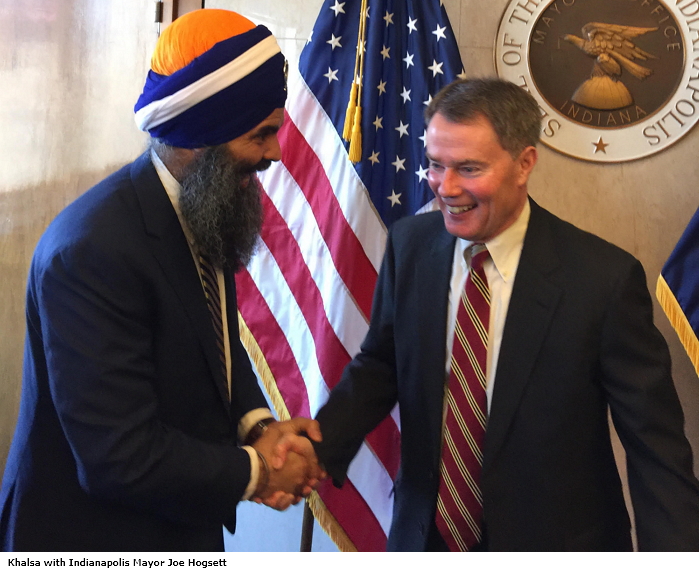 It is a time for Indians of all faiths and creeds to work together on this issue, said Khalsa.

“Indians and Indian Americans have a lot of economic influence in the United States,” said Khalsa. “We turned those resources towards ensuring a safe, secure political environment for ourselves and our children.”

Khalsa plans to travel to Washington D.C. in the next few days to meet with members of Congress and the Trump Administration about clarification on these new guidelines.

The tragic death of Srinivas Kuchibhotla in a hate crime killing in Kansas is further proof that xenophobic rhetoric can and does have consequences, said Khalsa.

“We all need to work together to ensure that this type of violence is never repeated,” said Khalsa. “We must decide how we will react to attacks like this. It is my hope that this will become an opportunity for Sikhs and all Indians to become more politically active.” 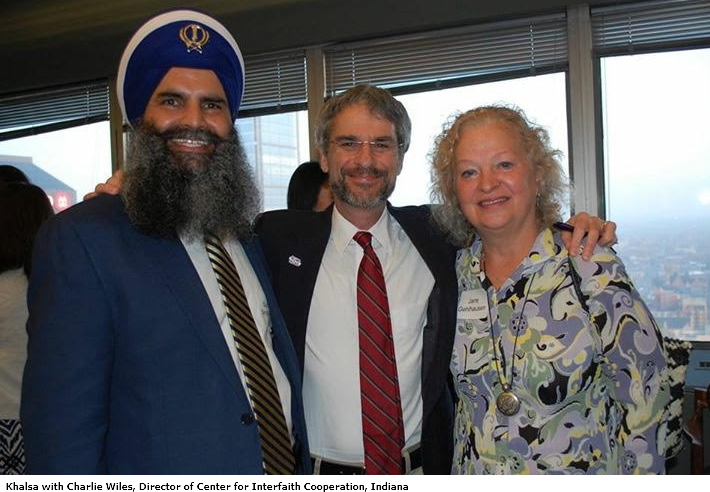 Visit SikhsPAC.com for more information on how you can help.

He was born Sikh, raised in America. He was used to being teased and insulted for his different appearance and eventually he decided to fit it. He shaved his beard and cut his hair.

Then an event changed his perspective, his grandfather did something that left a mark for the rest of his life. In the hospital his dying grandpa could have lived longer if they cut his beard. He tried to convince this tough old Sikh, “I said, ‘Bhapoo ji, if you don’t shave your beard, you’re gonna die.’ And he sits up a little bit and looks at me and he says, ‘Than let me die grandson.’… I see him embrace his death, willing carry his head in his palms if he has to so that he can die as a Sikh. But not me. I had tried to wash the shades of my skin, the content of my culture and the tone of my tongue just for a few privileges, so that I could fit in, so that I could feel American… even though I don’t think I’ll ever be as tough as my grandfather, I do feel closer to him every day.”

A Sikh man from Delhi alleged he was denied entry to Delhi’s We Qutub restaurant due to his religion and the attire he wore.

Param Sahib — a Sikh — took to photo-messaging app Instagram and accused restaurant staff of misbehaving with him and his friend on Saturday night.

He wrote in the Instagram post: HI @wequtub, today later in the evening, I along with my friends was not allowed inside the premises on the grounds of being a Sardar and having an untrimmed beard, with a reason saying that I am not cool enough as per the other Hindu gentry.”

He alleged that his “female friends were spoken badly to with a crass attitude from the guy at the counter” of the restaurant. “The guy at the counter said that we do not let Sikh people enter the lounge and that’s their motto, to which he later rectified and said that he didn’t like my pink shirt,” he added.

He said that in the age of an inclusive era, where there are no longer any barriers about human appearances and religious backgrounds, We Qutub and their employees set the lowest bar possible by racially abusing and restricting him and his friends to enter the club…and moreover for being a Sardar.

“After posting the incident on Instagram, now owners are trying to contact us, they are feeling sorry. They also contacted us on Instagram. We are just trying to figure out the middle way for them to apologise… because when we posted it on Instagram, many people sent me messages about similar incidents at We Qutub,” Param told IANS.

“The owner is in Dubai he did not bother to say sorry.. he’s not even concerned about the incident,” he said.

“We asked them to post an official apology and to organise langar for 100 poor kids, we are still in talks with them. I don’t want this to happen to anyone anymore. I just want them to stop this,” he added.

Later, the restaurant posted a public apology on its Instagram page.

“At WE Qutub, we respect and value each customer, keeping aside religion, caste and any other such variable. For us everyone is equal and we are extremely sorry for the misunderstanding,” said the post.

The restaurant also said that the employee in question was fired. The post also said that WE Qutub had agreed to Sahib’s request and would be organising langar at a gurudwara soon.

Get real-time alerts and all the news on your phone with the all-new India Today app. Download from