This video is a part of the Virtual Sangat Lives series
on @msketrust Instagram https://www.instagram.com/msketrust/

HISTORIC VICTORY: SIKHS TO BE COUNTED
AS SEPARATE ETHNIC GROUP IN U.S. CENSUS 2020

UN-Associated NGO Announces Historic Advocacy Victory for Inclusion
of Sikh Americans in the Decennial United States Complete Count Census
as a result of decades of advocacy.

WASHINGTON, D.C. — On January 6, 2020,  a follow-up meeting at San Diego State University with the U.S. Census Bureau leadership was conducted as a part of an on-going series of meetings since 2010 asking for the Sikhs to be recognized as a separate ethnic group. UNITED SIKHS today is proud to announce that the United States 2020 Census will include coding for Sikhs, which means that Sikh Americans will be counted as a separate ethnic group. This announcement is a milestone for America’s Sikh Community, as this will be the first time the minority group will be counted and coded in the decennial U.S. Census that is conducted every 10 years.

“The Sikh community’s efforts have come to fruition. This has paved the way forward nationally not only for the Sikh community but also for other ethnicities in the United States”, said Baljeet Singh, President of Sikh Society of San Diego. “This historic announcement is the result of decades of advocacy by UNITED SIKHS at the national level on behalf of the Sikh community. Being involved in this civic engagement will help ensure in having an accurate count of Sikhs in the United States. This data tracks and combats hate crimes against the community. It also ensures equal and accurate representation that provides access to members of Congress and other essential government services,” said Jasmit Singh, Advocacy Director,  UNITED SIKHS. 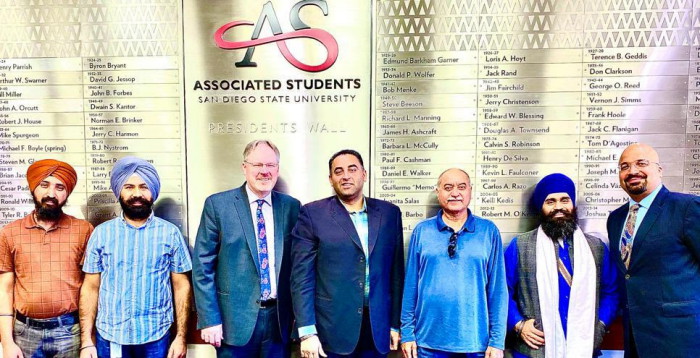 “It’s clear that a separate code is needed to ensure an accurate count of Sikhs in the United States, recognizing a unique identity,” said U.S. Census Deputy Director Ron Jarmin. “Working with UNITED SIKHS, we understand how this change affects the national Sikh community, leading us to add this code for the 2020 Census.” Shagufta Ahmed with the Census Bureau and Office of Management Budget.

In order to be properly counted in the 2020 U.S. Census, UNITED SIKHS is educating the national Sikh community to write in “Sikh” under the ethnic portion. If you prefer to identify as a Sikh American, Sikh Indian or Sikh Pakistani those all will be counted distinctively. The 2020 U.S. Census is active and live. There will be forms mailed to addresses starting now and for the next upcoming months.  UNITED SIKHS will be working closely with community members in how to identify themselves and how to properly fill out the form.  You are encouraged to reach out to UNITED SIKHS and the Census Bureau if you do not receive a unique identifier code. UNITED SIKHS can advise individuals on a case by case basis. 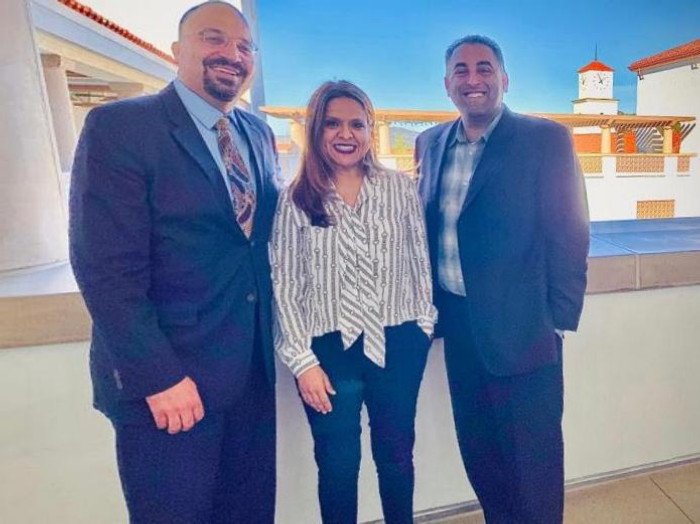 Sikh Americans can trace their ancestry in the U.S. back to the 1880’s. Many Sikhs came to California to work on the railroads, agriculture, technology, and other industries.  Sikhs continue to face bias, racism and xenophobia. Previously the U.S. Census grouped Sikhs into a general Asian-Indian category in the “2010” US Census and this ignores the unique circumstances facing the Sikhs.  “After the 2015 survey”, U.S. Census Director Nicholas Jones from Race & Ethnic Research and Outreach Population Division stated, “We realized the need and importance to include Sikh ethnicity in surveys moving forward”.

Current estimates of Sikhs living in the United States are at 1 million Sikh Americans with +1/-1 margin of error.  Sikhs meet the criteria for representation in the U.S. Census as a distinct ethnic group and have a distinct unified appearance, culture, language, food and history. UNITED SIKHS has advocated for the separate coding for more than two decades and filed commentary with the U.S. Federal Register advocating for Sikhs to be added as an ethnic group, in large part, so that action can be taken to address major Sikh issues such as bullying, intimidation and hate crimes against the community.

At the municipal level, UNITED SIKHS National outreach coalition will work with community partners and the Census 2020 leaders again for translation and outreach services to the Sikh American community coast-to-coast.

“With the 2020 census approaching, many historically undercoded communities will be at-risk for being under-counted and under-served,” said Ruben Singh, UNITED SIKHS Census Manager. “We look forward to collaborating with our census partners and other Sikh organizations and institutions to address the unanticipated challenges of the 2020 Census.”

Census data, collected every 10 years, determines Sikh representation in Congress in the commercial sector and it determines how funds are spent in the Sikh community on things like roads, schools, education, Punjabi language and hospitals.

The Census Bureau is hiring now for many opportunities like Census takers.  In the effort for ensuring a full count for the 2020 Census, please click here to visit job postings for outreach and education support by the census board.

There maybe an answer to the continuing dilemma for the Sikh community – a lack of men wanting to wear a turban.

Well the answer is simple, make it cool to have a turban, create some positive vibes around this important issue of identity. 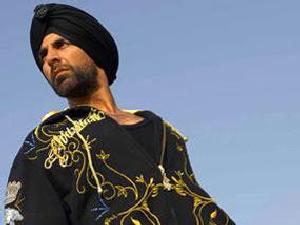 Recently we have seen an increase in the amount of Bollywood artists such as Akshay Kumar (right) that have embraced off screen dress in this breath-taking attire.

The turban definitely makes a man look handsome, shows someone you can trust and if I am perfectly honest dare I say it ‘sexy and drop dread gorgeous’ (– I am just hoping my editor does not edit this line!!!)

Recently in Leicester, a project lead by Trolochan Singh Virk there was a turban tying competition – how cool is that

The Sikh Gurdwara Prabandhak Committee (SGPC) of Amritsar and humanitarian organisation Akaal Purkh Ki Fauj also organised not only a turban tying initiative but they took it a step further, they held an amazing ‘pageant’ and called it  Mr Singh International.

It was a low-key affair but later versions, but there are already plans to roll this our across Punjab and Delhi, with a expectation of  participation of Bollywood stars.

The SGPC has declared April 14, the day of harvest festival Vaisakhi, as “International Sikh Turban Day.”

“We are dismayed that more and more youths are refusing to grow their beard or wear the turban, which are sacred symbols of the Sikh religion,” said H.S. Hanspal, Sikh representative in the National Commission for Minorities.

According to Hanspal, many young Sikhs say that tying a turban every day, which may take up to 10 minutes, is too awkward for today’s world

Other boys apparently fear becoming the “odd man out’’ and getting taunted by their peers. Many Sikh parents say they have stopped insisting their sons wear the traditional headgear.

Various Gurdwara Prabandhak committees, therefore, are planning to send volunteers to schools to teach boys how to tie the turban and counsel them on the importance of wearing a turban the project be lead by The Miinority Commission

Whilst many would be deeply hurt that the Holy Turban should not be used in such a manner, I feel it is time for action to allow young Sikh men to be towed back to line – they will thank us in the long run.

Dalbeer Singh of the Delhi Gurdwara Prabandhak Committee has called for a new fashion magazine.

“We need a Sikh fashion magazine to promote uncut hair, the beard and the turban as cool and clean. We should use persons like Manmohan Singh as role models,’’ he told The Telegraph, this I totally agree with. 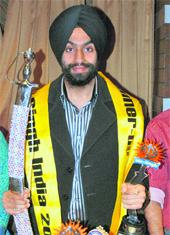 One of the first people such a magazine may think of featuring is Paramdeep Singh, 23, first runner-up at Mr Singh International 2009. “I want to send a message that a complete Sikh is more handsome than those who trim or cut their hair,” Paramdeep said.

For Sikhs, the turban became a “robe of honour” which was endorsed in 1699, during the time of Guru Gobind Singh, the 10th Guru, a scholar said.

Sikh turbans are different from other kinds but have their own variations. The commonest is the “peaked turban” Manmohan Singh wears. The length of the cloth varies from 6 to 8 metres, and the most popular colours are white, deep blue and saffron.

Sikh boys start wearing a keski (mini-turban) or patka at a very young age, often switching to the turban around the age of 12.

So remember boy and girls should you choose – its cool to be Sikh and even cooler if you remember Waheguru gave you long hair for a reason, so respect it.

And finally I cannot believe that every day some Sikh battle with nature as they shave their beards and everyday nature wins…………….is there not a lesson to be learned?