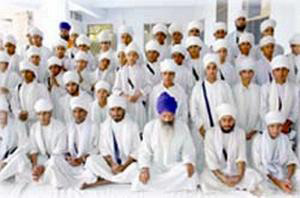 We have been getting reports that Punjab is lagging behind in education. Government schools are in bad shape. Teachers show little interest in imparting education and play truant. Many have fired proxy teachers to do their part of the job. Rural schools are in awful conditions; lack of buildings, and other infrastructure and even toilets and drinking water. Punjab is way behind in this respect. Students drop out and turn to drugs.

On the other hand education is fast turning to be a big business, a money spinner. Yet in between some public spirited persons are building up worthwhile institutions to flll the gap.

We have one such mission, the Kalgidhar Society. It is headed not by a semi-literate sant or baba, but by educated people, Iqbal Singh, a former Director Agriculture, and Dr. Khem Singh, a former vice chancellor Punjab Agriculture University, Ludhiana. Akal Academy, its educational wing, is a co-educational English medium public school affiliated with the Central Board of Secondary Education (CBSE), the largest educational board of government of India.

Akal Academy is the vision of Sant Attar Singh (1866-1927), who was a votary of modern scientific education duly tempered with spirituality especially accessible to the rural folks who have no such facilities. Sant Attar  Singh  inspired Sant Teja Singh  (1877-1965), the former Principal of Khalsa College, Amritsar (1904-1906) to acquire the most modern scientific education from the West (1906-1913). After coming back to India with rich experience of Western education, Sant Teja Singh started searching for a suitable place to set up an institution to fulfill the vision of Sant Attar Singh. Finally with the help of Iqbal Singh, he bought land in Baru, a village in Himachal Pradesh. Sant Teja Singh entrusted the responsibility of managing and developing the activities at Baru Sahib to him.  In due course, roads were built; vehicles began to ply and by 1975, six rooms were constructed.

Finally in 1987-88, the Akal Academy had its beginning with just five students. Over the years, the academy grew at an incredible pace to its present size. It is now an 11-storey building and has 1538 boys and girls on its rolls. Of these, 200 are overseas students; 100 from the US alone. 350 students are getting free education. A few of them belong to those families of the survivors of 1984 carnage, who have not yet been settled, children of martyrs of Punjab, children from underprivileged communities (Vanjara) in Maharashtra, Karnataka and Andhra Pradesh besides Nanak Panthis from Uttar Pradesh. 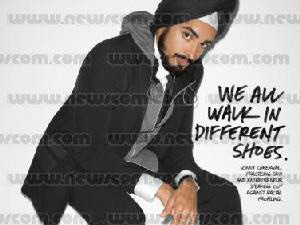 Sikhs are set to gather this June in Washington DC in order to eliminate stereotypes that incorrectly link them to radical groups such as the Taliban or Al Qaeda. America’s Sikh community is gathering at the Capitol Hill on June 11th to honor Mr. Sandeep Singh Caberwal, a Sikh entrepreneur and a model. Mr. Caberwal wears a turban, has a beard and was chosen by designer Kenneth Cole in its recent fashion campaign. American clothing designer Kenneth Cole will also be honored for this recent media campaign.

Washington, DC (PRWEB) June 6, 2008 — Sikhs are set to gather this June in Washington DC in order to eliminate stereotypes that incorrectly link them to radical groups such as the Taliban or Al Qaeda. America’s Sikh community is gathering at the Capitol Hill on June 11th to honor Mr. Sandeep Singh Caberwal, a Sikh entrepreneur and a model. Mr. Caberwal wears a turban, has a beard and was chosen by designer Kenneth Cole in its recent fashion campaign. American clothing designer Kenneth Cole will also be honored for this recent media campaign.

This June 11th brings the Fift

h annual Sikh Council On Religion & Education (SCORE) Capitol Hill Dinner, a celebration of Sikh contributions to America with key note speeches from various Congressional leaders. Kenneth Cole’s “Non Uniform Thinkers” campaign celebrated the diversity of those who wear their products. During the media campaign, Mr. Caberwal spoke on the context of racial profiling. Further more, he was featured in many print ads that were displayed in Kenneth Cole along with other national stores and billboards throughout the United States.

Sikhs have a distinct identity of turbans and uncut hair. They always have been defensive in the American society as they continue to face bias attacks since September 11th, 2001. SCORE’s annual Capitol Hill Dinner allows for Sikh Americans to gather in Washington DC to celebrate and honor those who have promoted positive Sikh presence as part of the American cultural fabric. This year’s SCORE Capitol Hill Dinner will take place on June 11th at 5:30 PM in room SDG-50 in the Dirksen Senate Office Building. 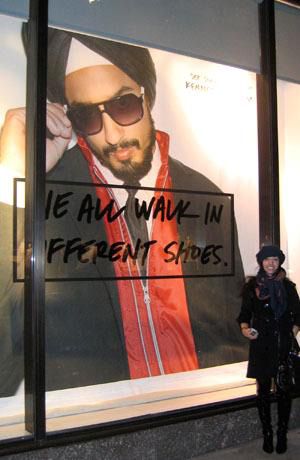 This year’s honorees cover a diverse cross section of fields, from models, media, to entrepreneurs.

Another honoree this year is the talented duo of Ms. Tami Yeager and Mr. Preetmohan Singh for their recently completed film documentary “A Dream in Doubt.” Their film explores the real life story of Mr. Rana Singh Sodhi’s family, whose brother was murdered as the first hate crime victim in the 9/11 aftermath. Balbir Singh Sodhi was killed in Mesa, Arizona in a case of mistaken Sikh identity. “A Dream in Doubt” was recently aired on PBS nationwide as part of the “Independent Lens” television show.

Dr. Rajwant Singh, chairman of SCORE, said, “This event is an opportunity for Sikh Americans to interact with their elected representatives and also to highlight the role of the Sikhs in strengthening this nation. We are very proud in honoring this year’s guests. They have certainly broken barriers in many fields and have presented the Sikhs in a very positive manner to the American society.” 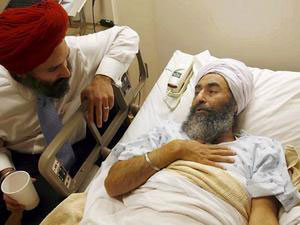 SEATTLE – It was just one year ago that Sikh cab driver Sukhvir Singh was badly beaten by a customer he picked up after the Apple Cup football game.

Singh vividly remembers the attack he endured at the hands of a drunken passenger.

“My turban went up and he grabbed my ears with both hands and bit me very bad back here,” he said. “Says, you are in Iraqi terrorist. You did 9-1-1. And, I will kill you.”

The attack was captured on the taxi’s video camera and horrified members of the Sikh community, including University of Washington students Jay Singh and Paul Bassi.

“It affected us all really deeply as Sikhs to see this is happening right so close to home,” Jay Singh said.

Despite a busy class schedule, the friends decided they needed to do something.

Their solution was to create an informational sheet about Sikhs for cab drivers to hang in their cars.

“The most important point to get across is that Sikhs are Americans, they’re people just like you and I, who are working hard to put food on the table for their family,” Jay Singh said.

The students decided the best way to distribute their placards was not to go through the cab companies, but through the Sikh community itself. So they went to a temple in Renton where they promptly handed out 250 of their placards.

“Week after week we’d go back and we’d hear, they’d come up to us and say hey, this is really great, can we get a few more, give it to our friends, you know?” Bassi said.

The first person to receive a placard was Sukhvir Singh, who had it in his cab for several months.

Some cab companies are concerned the signs violate city policy, but Orange Cab is now re-evaluating the decision to take them out of taxis.

Meanwhile, Jay and Paul say they hope their handiwork inspires others to take a stand when they see an injustice.

Luis Vazquez pleaded guilty to second-degree assault and malicious harassment in the attack on Singh. Earlier this year, he was sentenced to nine months in jail.