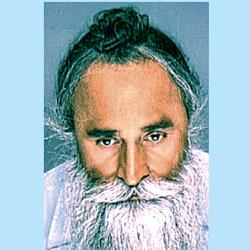 California state prisons continue to operate under a patchwork mosaic of policy for accommodating Sikh religion-mandated turbans and beards, despite three-year-old regulations specifically crafted to meet the community’s religious requirements.

Many state prison facilities are unaware that the California Department of Corrections and Rehabilitation created regulations in 2006 governing Sikh religious attire, designed to bring the state in line with federal laws.

Officials contacted by India-West at San Quentin State Prison, California State Prison, Solano, and the CDCR itself were unaware of the new policy.

An old regulation, stating that hair not exceed three inches, has been struck out, along with regulations applying to beard length.

However, the regulations stipulate that each prison facility must form a religious review committee, which would then determine requests for religious accommodation on a case-by-case basis.

“Prisoners have a right to wear religious garb as their religion allows it,” Michael Risher, staff attorney with the American Civil Liberties Union in San Francisco, told India-West. “But quite often, people are told they cannot practice their religion in prison.”

Sikhs are required by their religion to wear five articles of faith, including a turban, also known as a dastaar; a small sword known as a kirpan; unshorn hair, kesh; a wooden comb, kanga; a steel bracelet, kara; and a pair of shorts, known as kaccha.

For orthodox Sikhs, appearing in public without a turban is tantamount to a strip search, Neha Singh, western region director of the Sikh Coalition, told India-West. “It is very humiliating.”

Congress in 2000 enacted the Religious Land Use and Institutionalized Persons Act, which prohibits any prison facility receiving federal funding from placing restrictions on prisoners’ rights to practice their religion while incarcerated, in accordance with the provisions of the U.S. constitution’s first amendment. The first amendment prohibits Congress from impeding the free exercise of religion.

All state prisons and many local jails in California receive varying amounts of federal money.

The CDCR began examining its own policies on Sikh religious accommodation in 2005, after Harpal Singh Ahluwalia — incarcerated at San Quentin State Prison for allegedly contracting to kill his wife — and Sikh prisoners at the California State Prison, Solano, began complaining of unfair treatment.

The Sikh Coalition, a national civil rights organization, was contacted by Ahluwalia and others, and began investigating the claims of unfair treatment and the inability to practice the Sikh religion while incarcerated.

Requests for vegetarian meals — many Sikhs eat no meat — also went unheeded at both facilities. In 2004, 72-year-old Khem Singh — a former priest incarcerated at Corcoran State Prison for allegedly molesting a young girl during Sunday prayers — reportedly died of starvation after refusing to eat non-vegetarian meals.

Amardeep Singh, former executive director of the Sikh Coalition, met with officials of the CDCR in December 2005 in a meeting arranged by Rep. Jackie Speier, who was then a state senator, and worked out proposed new regulations that were adopted the following summer, after a public hearing on March 30, 2006.

But the CDCR’s stipulation that each facility decides its own means for accommodating religious requests means “in effect, there’s no policy at all,” Singh, who now serves as the Sikh Coalition’s director of programs and advocacy, told India-West.

Dean Borg, the former chief of adult operations at the CDCR who crafted the new policies, did not return calls for comment.

And the regulations remain largely unknown throughout the state prison system.

A public information officer at California State Prison, Solano, said, “I am not aware of any specifics implemented statewide,” when asked how requests for religious accommodation were adjudicated. A similar response was received from a PIO at San Quentin State Prison.

Terry Thornton, a public information officer with the CDCR, also told India-West she was unaware of statewide regulations regarding religious accommodation.

Thornton asked this publication to supply her with the text of the new policies, and commented after the paper complied with her request.

“The overall standard is that inmates may possess and wear religious items so long as they don’t pose an undue security risk,” she said.

“There is nothing in our regulations or policies that preclude a Sikh inmate from possessing and wearing a turban, but I do not believe there are any prisons that allow inmates to wear a turban either,” said Thornton.

Asked why the CDCR had allowed each state prison facility to determine its own guidelines for religious requests, rather than setting statewide regulations, Thornton said: “It is important to note that every prison in the state is different, houses different kinds of offenders, and has different missions.”

“Each committee needs to have the ability to review requests consistent with each institution’s mission, operations, activities, space, custody level and other issues,” she said.

Sikhs have long struggled with the wearing of turbans and kirpans in public places. The Transportation Security Agency only recently amended its rules to allow Sikhs to keep their turbans on during routine airport security checks. Earlier this year, Sikh students were granted permission to wear turbans at MCAT and other professional examinations.

The U.S. Army has just begun accommodating Sikh religious wear on a case-by-case basis, allowing a Sikh doctor and dentist to serve on active duty with a turban and long hair, including a beard. And Sikhs are now allowed to serve as officers with the U.S. Department of Homeland Security, while keeping both turbans and beards.

But dastaars and kesh remain out of the landscape of most of the nation’s state prison systems, because of possible safety issues.

Khalsa is accused of killing his daughter’s ex-boyfriend Ajmer Hothi, who was 23 at the time of his death.

“It’s a concealment issue,” Jones told India-West. “There are all kinds of things a defendant can pick up and hide in his turban to be used as a weapon later,” he said.

Ballpoint pens can be used for stabbing, as can paper clips, said Jones, pointing out that both can fit very easily into the tightly-wound folds of a turban.

“All kinds of potential dangers are lying about. So we make no exceptions to the rule about headwear for defendants. No one is allowed to wear headwear of any type,” he said.

“Prisoners fit contraband into clothing all the time. Does a turban give more access than regular clothes would?” he queried.

“Even if the answer is yes, this is a question of religious practice. Can the interest of prison safety be met with a quick search?”

“The solution can’t always just be ‘remove the turban.’ This is a core religious requirement,” he said.

Khalsa’s attorney Daniel Horowitz — who filed and lost one of the first cases regarding religious headwear in California state prisons — told India-West: “Religious freedom always gives way to security concerns.” A long-winding piece of cloth could be used in a number of different ways, including committing suicide, he said.

Khalsa has reportedly worked out a compromise with his jailers, said Horowitz, adding that prison guards allow him to use a towel over his head for prayers and public appearances. But such a compromise is not sufficient to accommodate Khalsa’s religious requirements, he said.

Risher of the ACLU said the 2006 amendments to the California penal code were “a step in the right direction.”

“But they are so focused on precise rules that they don’t provide guidance to CDCR staff about how to accommodate prisoners’ religious requirements in general,” Risher said, adding, “As a result, staff may continue to have an inadequate understanding that prisoners have a right to, for example, wear religious headgear, simply because that topic is not specifically covered by the regulation.”

“It might be more useful to ensure that those charged with enforcing the rules are fully informed of the requirements of RLUIPA so that they can follow those requirements as novel situations arise,” he explained.

“Any sort of accommodation to a religious practice is weakest when you’re incarcerated,” Peter Scheer, executive director of the California First Amendment Coalition, told India-West. “During incarceration, all fundamental rights are effectively ceded. By design, rights are curtailed in the extreme,” he said.

The question is whether your right to practice your religion requires the government to accommodate you, added Scheer, explaining that costs, disruption to the environment, and prevailing laws are factors that can be taken into account when states decide how to determine religious requests.

“It’s never been resolved at a sufficiently high level. Cases are not going to federal court, and they’re avoiding publication, so that there is no precedence,” he said.

“People in prison are very vulnerable to retaliation. They tend to think twice about asking for their rights,” asserted Harsimran Kaur, legal director of the Sikh Coalition.

“We need to advocate and protect the rights of the most vulnerable members of our community,” she told India-West, adding, “It’s a difficult issue to get the community to rally around, because there’s a belief that if they’re in prison, they’re guilty, so why should we care?”

California does not capture data on the religious preferences of its prison population, so there are no numbers about how many Sikhs are incarcerated in its prisons. Anecdotally, the Sikh Coalition believes there are fewer than one dozen Sikhs in California state prisons.

Bullying has long been a problem for school-age children in the U.S., but the problem can be especially pervasive for religious minorities. In the wake of 9/11, a combination of xenophobia and ignorance has made Sikh populations in many areas the subject of discrimination, verbal harassment, and even physical assault. In fact, over half of young men who maintain patka or turban report bullying as a result of their faith.

The Signs of Bullying

Children get into all sorts of altercations on the playground, and resolving minor disputes is a perfectly normal and healthy part of social development. When arguments start to become physically or verbally aggressive, this begins to push into the realm of bullying. Repeated harassment over a period of time is the hallmark sign that a child is being bullied.

●     Bruises, cuts, or other mysterious injuries
●     Lost or destroyed property or clothing, especially turbans
●     Faking sickness to get out of school
●     Changes in eating habits
●     Insomnia and nightmares
●     Sudden changes in social behavior
●     Lower grades

Bullying isn’t just limited to the school yard. Kids can also experience harassment at home, at the park, or just about anywhere. Adults can be victims too, particularly those in hostile work environments.

Bullying can lead to short-term changes in sleep schedule and unhealthy eating patterns. If allowed to continue over time, this can affect a child’s growth, leading to stunted mental and physical development. Bullying also has a long-term impact, if it distracts children and increases the risk of truancy, leading to poor grades. Once a child falls behind in school, it can be difficult to catch up. This affects not only options for higher education, but also future job offers. Bullied children have also been shown to have an increased risk of developing substance abuse problems or engaging in antisocial behavior.

What You Can Do to Help

Parents, educators, and other authorities have a duty to children of all races and religion to provide a safe, healthy, and fun learning environment. If children feel threatened or intimidated at school, they won’t be able to reach their full potential. A collective effort is needed if bullying is to be stomped out of our society. It’s crucial that schools acknowledge and address bullying issues through educational initiatives, while parents should encourage an open dialogue with their children.

Bullying has long been a problem in U.S. schools, and unfortunately, many Sikh children have experienced discrimination first-hand. Bullying can have a lasting negative impact on a child’s development, and so it’s essential that adults address issues at home and in school as soon as possible. Teaching children about diversity and religion around the world can help to build greater understanding and compassion and reduce the incidence of bullying.