Simran Jeet Singh is a professor at Columbia University, a Senior Fellow at the Sikh Coalition, the host of the Spirited podcast, an author, a father, and a devout San Antonio Spurs fan. He joined the Sikh Meets World podcast to discuss his American story, the reasons that pushed him to embrace advocacy, and his new book, Fauja Singh Keeps Going, which releases on August 25, 2020 and is available for preorder now.

We recorded this discussion in March 2019, so there is no direct mention of current events. However, Simran naturally touched on rising hate crimes, the attributes of true solidarity, and the importance of seva. To hear the full conversation, click play above.

You can also listen to the Podcast recording on SikhNet’s Gurbani Media Center on the website or on the app.

The following interview occurred between the National Sikh Campaign co-founder Gurwin Singh Ahuja and Simran Jeet Singh. This post has been edited down for brevity.

What was it like to grow up in the United States?

My parents moved here in the seventies. My dad came as an engineer and moved to San Antonio, Texas. When he moved there weren’t many Sikh families there at all. I think for my dad and my mom it was really important that we stay connected with our Sikhi somehow. So, we didn’t learn English growing up. It was Punjabi only at all times. We started learning Punjabi from a really young age.

We didn’t have a Gurdwara then. It didn’t come for more than twenty years after I was born. I was born in ‘84 so our small community would gather together and do kirtan in our homes. We didn’t have any Gianis or Gurmukhīs or anything like that, so we, from a young age, learned how to do ardas and stuff like that. I think that was a really important aspect of our childhood. You could think about being in a desert situation. We were isolated from other Sikhs, and there was possibly no chance to retain your heritage. What I learned from my parents is, if it’s a priority for you, then you can make it happen.  I am really grateful to my parents for that.

Was there a lot of community building, because it was so tight knit?

Yeah, it was small. We would see each other on Friday nights. We would do kirtan programs and then we would try and do Sunday mornings too. That group was tight and I’m still tight with a lot of those people that I grew up with. But, it meant that day-to-day at school or basketball team or soccer practice most of my friends weren’t Sikh. I wouldn’t say it was like a double identity. I didn’t feel like I was fractured in any way. But, it was definitely like living in two different worlds with two different groups of people at the same time.

Can you walk me through how you went from growing up in Texas, without many members of our community around you to where you are today? What drove you to fight on behalf of the community and how did you get there from where you started?

I guess a lot of it has to do with the rootedness within the community. We didn’t have any Sikhs where I was growing up, but I was going to multiple camps a year around the country, and so we felt really closely tied to Sikhi, but I didn’t feel emotionally connected to Sikhi until I started learning about recent history. It was really shocking to me that I was growing up in America, hearing these kinds of stories about other communities, but I had no idea that it was our people too; and my own family. My parents knew and they had actually been pretty politically active.  I mean, they named me after a prominent political activist at the time. This was where my emotional connection came from, and my interest in politics and engagement. This exposure to community suffering and pain and trauma and trying to figure out why stuff like that happens and how can we help. As I became more emotionally involved, I started becoming more spiritual in my own practice as well. A lot of my Sikh mentors, at the time, were these incredible people who I watched and they would have this real strong connection to their spirituality and to their history and I kept seeing that everywhere around me. I think having so many models of seva, for me, was like, “oh that’s that’s the way that I want to live” and I asked myself when I was in college,  “how do I live a life of seva?” 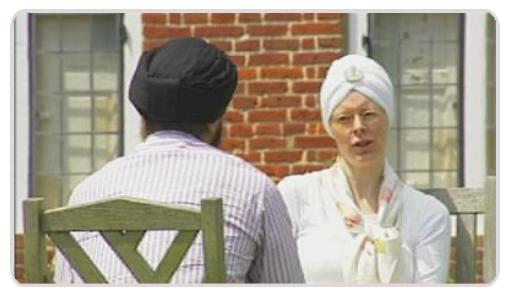 The groundbreaking independent documentary “Turbanology: After 7/7” has been accepted onto Birmingham City Council’s “Agreed Syllabus” website for Religious Education.

This means teachers throughout the Midlands will be able to draw upon it as a resource to educate and inform pupils about the turban and what it represents for Sikhs.
The film also sheds light on how the turban as a symbol has become connected to terrorism, how it’s affected some Muslims who wear it and why the turban is represented in Christian age.
Speaking about it, Religious Education Adviser Simone Whitehouse says “This is a valuable resource in the current climate to understand misconceptions about faith and to build links with communities. It will be most valuable to show parts of this documentary demonstrating inclusion and identity, symbols of faith under the duty to promote community cohesion and shared understanding.”

The documentary is the first independent project by former ITV news reporter Jay Singh-Sohal who’s from Birmingham who says his film has helped people understand the turban. “There’s a perception that’s arisen with the advent of jihadist terrorism, that the turban represents fear and extremism; a theory supported academically by “the turban test,” a psychological experiment which found people profile who they think is a threat based on symbols they perceive to be Islamic such as the turban, the headscarf and the beard. This is because of the profile of a terrorists such as Osama bin Laden who is often seen with a turban. What I wanted to do with Turbanology was give viewers an insight into what the turban as a symbol means for different people, whether in Islam, Sikhism and or even Christianity.” The documentary does so by exploring it’s role and importance for all three faiths and by narrating the experiences of people who’ve been affected by its negative connotation since the attack on the Twin Towers in New York and the London Bombings. 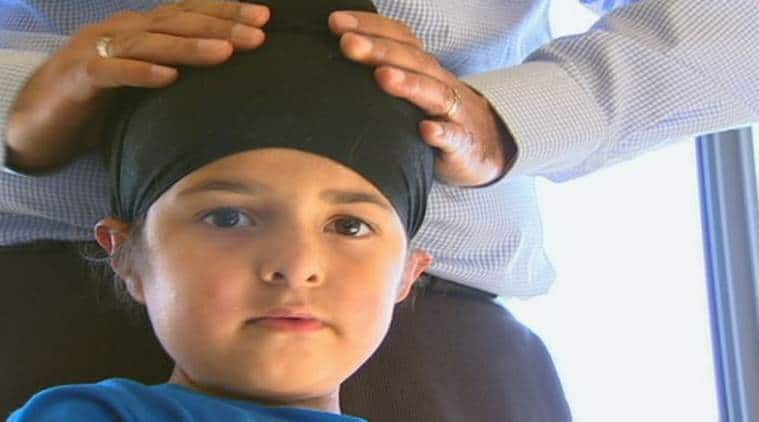 Sidhak Singh Arora was due to start prep at Melton Christian College, in Melbourne’s north-west, this year. But his patka does not comply with the school’s uniform policy which prohibits students from wearing any type of religious head covering, ABC news reported. (Abc news)

A Sikh family in Australia has launched a legal battle against a Christian school in Melbourne for denying admission to their five-year-old son because he wears patka, a children’s turban, according to a media report.

Sidhak Singh Arora was due to start prep at Melton Christian College, in Melbourne’s north-west, this year.

But his patka does not comply with the school’s uniform policy which prohibits students from wearing any type of religious head covering, ABC news reported.

His family have taken their fight to the Victorian Civil and Administrative Tribunal (VCAT), claiming the school had breached the state’s Equal Opportunity Act by discriminating against their son on religious grounds.

The boy’s father Sagardeep Singh Arora said he was surprised the school would not make an exemption for his son.

“I was very surprised in an advanced country like Australia, they are still not allowing us to wear patka in the school,” he said.

Sidhak has enrolled at another school, but his parents hope Melton Christian College will be forced to change its policy so he can enroll there instead.

The VCAT hearing was told the college had an open enrollment policy which allowed children of all faiths to enroll.

Former college council member Stephen Liefting told the hearing they were inclusive of people of all faiths.

“As long as they don’t wear clothing that promotes other religions,” he said.

Principal David Gleeson gave evidence that a number of Sikh students attend the school but do not wear the patka.

For all the latest World News, download Indian Express App.