United States Senator Tim Kaine released a new book on the Japji of Guru Nanak published by the Asian History and Cultural Program of the Smithsonian Institution.

Senator Tim Kaine, is the former head of Democratic National Party and was Hillary Clinton’s running mate in 2016. The book launch was organized by the Virginia Museum of History and Culture and the Sikh Association of Central Virginia on November the 15th, 2019 at the Richmond Museum of History and Culture to commemorate Guru Nanak’s 550th birth anniversary. Guru Nanak was a 15th century poet and philosopher credited with founding of the Sikh faith, followed by 25 million followers worldwide.

At a function, Senator Kaine spoke about Guru Nanak’s universal message to humanity and Paul Michael Taylor, the head of the Smithsonian Asian History and Cultural Program spoke about the new book and the Smithsonian’s traveling exhibition about the Sikhs. A model of the Golden Temple at Amritsar, India, was displayed by the museum especially for the function.

The book’s author, Dr. Rupinder S. Brar, briefly introduced his book and was followed by congresswoman Abigail Spanberger who also spoke about the need for diversity and Guru Nanak’s teachings. The function was attentive by several other Virginia Assembly delegates and distinguished guest in a packed auditorium.

In a world fighting against itself,
I seek brotherhood;
In homes, where greed and discontent reign,
I seek oneness;
In bonds, which are bound by selfishness,
I seek graciousness;

Where religion divides,
Where values dissipate,
Where rituals dictate,
Where morality has died,
I seek a revolution;

For when darkness prevails,
And humanity is forgotten,
When freedom is at stake,
And the minds are distraught,
I seek a saviour;

There was one, hundreds of years ago,
when the world was at crossroads,
Being strangled by the merchants of faith,
With a smile to warm even the coldest soul,
And words so sweet, touching the core of every heart,
Today, I seek that healer;

Nanak, the gentlest of gentle souls,
Radiant, pure, with a heart of pure gold,
Wise, divine, in our hearts even today,
This is what he had to say…

The Communication Director at the Center for Interfaith Cooperation in Indianapolis, John Clark, asked to submit a brief information about Martyrdom of Guru Teg Bahadur jee for the Center’s monthly Calendar of major events being observed and celebrated by faith communities.
The brief response that I submitted to the CIC, in an elaborated form is attached with some photographs.

This was a unique moment in Sikh, and perhaps in the history of world faiths, where a venerated Spiritual Prophet of the Sikh faith, the Ninth Sikh Guru Teg Bahadur, made the ultimate sacrifice to defend the sacred rights of Kashmiri Hindu Brahmins who being forced to convert to Islam or face death by the orders of Mughal Emperor Aurangzeb of India. The Emperor’s zealot religious Lieutenants carried his orders with a vengeance and let loose a reign of terror in Kashmir and other states across India in which thousands perished.

Guru Teg Bahadur volunteered to intervene on behalf of Kashmiri Brahmins who visited and petitioned at the Guru’s Court at Anandpur Sahib, with Emperor Aurangzeb. Upon refusing to convert to Islam, the Guru was tortured along with his three devoted companions who met a very cruel fate: Bhai Mati Das was sawn alive; Bhai Sati Das was wrapped in oil-soaked cotton and was burnt alive; Bhai Dyala was boiled in a large cauldron to death; and Guru Teg Bahadur Jee was publically beheaded on November 11, 1675 in Chandani Chowk (square) in Old Delhi in front of a large crowd. 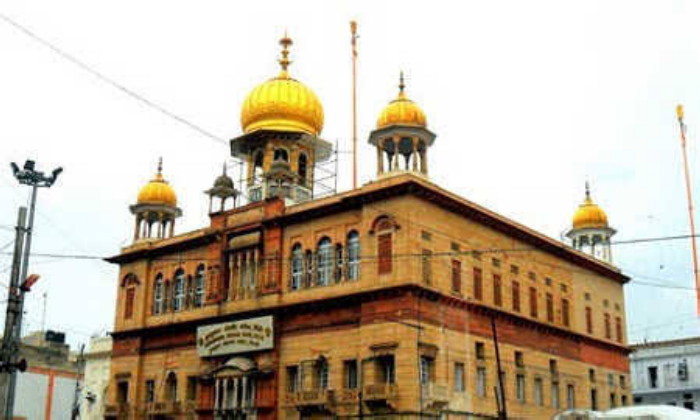 Gurdwara Sis Ganj marks the hallowed site of Guru Teg Bahadur Jee’s unparalleled sacrifice in defense of a faith different from his own, and is now a major pilgrimage site for the Sikhs.

Guru Teg Bahadur’s mortal remains were taken away from the site of his martyrdom by two brave Sikhs at great personal risk. The Guru’s body was cremated at the present site of Gurdwara Rakab Ganj in New Delhi; and his head was smuggled and cremated at Anandpur Sahib, Punjab where today stands Gurdwara Sis Ganj.

Guru Teg Bahadur’s martyrdom was a major turning point in the transformation of the Sikh Nation into proud and fierce warriors and a distinct identity with turbans, uncut hair, a kirpan – a small ceremonial sword of self-defense, and other sacred articles of faith; and a mandate by the Tenth Sikh Guru, Gobind Singh to defend the rights and honor of terrorized subjects against such onslaught against their sacred rights to practice their God-given right to practice their faith in peace and freedom. The Tenth Guru called on the Indian nation to liberate India of its foreign choke-hold and end this unleashed tyranny on India’s destiny.

The 344th commemoration of Guru Teg Bahadur’s Martyrdom fell on November 24 (some Gurdwaras are celebrating on December 2) this year. It was celebrated at the Gurdwara Sikh Satsang on Sunday with Shabad-Keertan (singing of hymns), some attributed to Guru Teg Bahadur Jee, Katha (discourse and historic perspective), Ardas (prayers for peace for all Creation and sentient beings), and traditional Langar (free vegetarian meal) and fellowship. 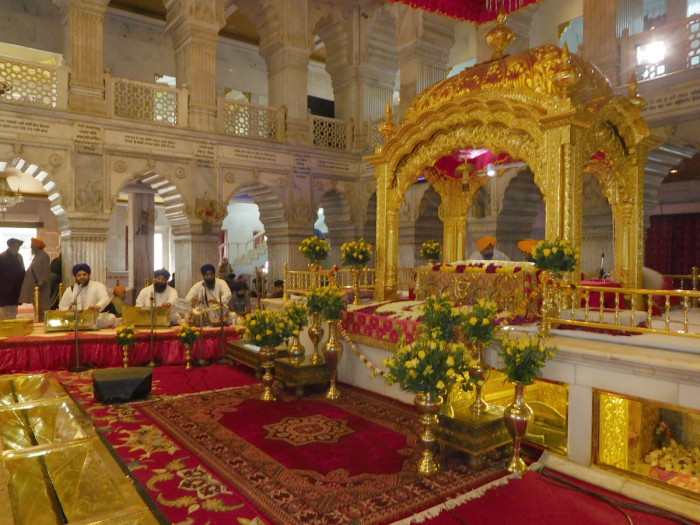 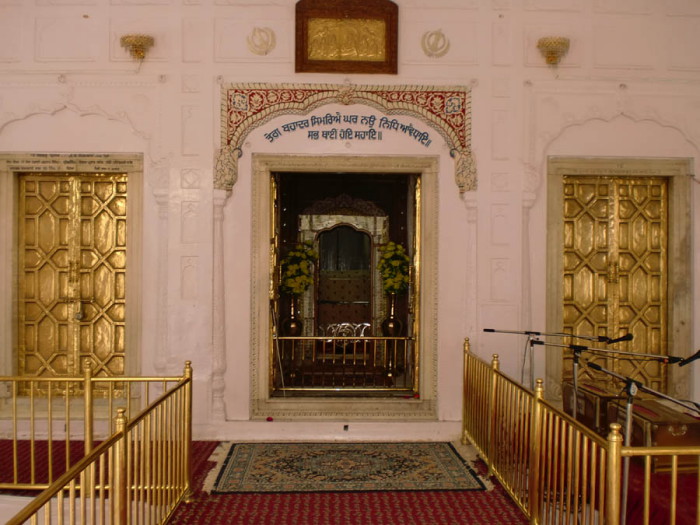 This and countless other episodes provide an insight into the time-honored interfaith commitment of Sikh faith to equality, justice, and human dignity and sacred rights centuries before these basic human rights became urgent elements of consideration, adoption and protection by the civilized world.

The Sikh doctrine, tradition and history, advocacy and practice encourage: Learning about other cultures, faiths, and communities; they believe are a key to fostering greater understanding, appreciation, and respect for one another. That networking with other faiths on special projects can make a positive difference to our world.

To learn more, everyone is invited and welcome to join for services on any Sunday in Gurdwara Sikh Satsang. Many internet website spotlight Sikh faith and Punjabi culture.

PERSONAL REFLECTION: Being in the hallowed place of Guru Teg Bahadur Jee’s Martyrdom is always a spiritually-moving moment of my visits to India. It is hard and humbling to fathom: a Divinely-blessed holy Saint defying the royal threats and challenging the conscience of a mighty Emperor of India and refusing to submit to his wrath or fear of death and upholding an eternal Truth and a universal Sacred Right.

With deep reverence for all brave souls that brought to light, with daring defiance and sacrifices, our rights to freedom and dignity