Ranjit Singh Goraya, a young man who won the election from Bobini town, belongs to Sekha village in Gurdaspur district of Punjab.

The newly elected 1st #SikhFrench Deputy Mayor of #Paris suburb #Bobigny. This is a monumental achievement, the sangat is proud of Veer #RanjitSingh. May Guru give him wisdom, success & many blessings.
Congratulations Deputy Mayor Ranjit Singh.#Sikhs #UNITEDSIKHS #DeputyMayor pic.twitter.com/MbKusSSwNB

It is a very honorable achievement for Sikhs that where turban is banned in schools and colleges, a young Sikh wearing a turban is elected as Deputy Mayor.

Even Punjabi actor singer Diljit Dosanjh feels proud of this achievement as he shared the picture on his Instagram handle.

Carrying religious symbols, including Sikh turbans, in schools and colleges is banned in France and children were expelled from government colleges in 2004 due to the ban on turbans. Sardar Chain Singh, son of Sardar Ranjit Singh, was one of them and now Ranjit is the mayor in the same nation to bring the change.

Ranjit Singh, who was expelled from Government College in 2004 for wearing a turban, now has been elected the first turbaned Sikh deputy mayor of Bobigny, France. 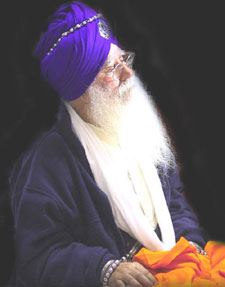 CHANDIGARH: Whether a ‘patit’ Sikh is a Sikh or not and whether ‘sahajdari’ Sikhs ought to have voting rights in SGPC elections are some of the important questions that a full bench of the Punjab & Haryana High Court will be taking up soon.

An order to this effect was pronounced Wednesday by a division bench comprising chief justice Tirath Singh Thakur and justice Surya Kant. It came in the wake of a plea filed by Gurleen Kaur whose candidature for an MBBS seat in the SGPC-run Guru Ram Dass Institute of Medical Education & Research, Amritsar had been rejected.

Significantly, the college had a 50 per cent quota for Sikhs but Gurleen was denied the seat on the ground she did not fit the “definition of a Sikh in the purest sense of the term”. In fact, she was dubbed a ‘patit’ Sikh, a term referring those Sikhs one trim their hair or pluck their eyebrows.

Another plea, filed by the Sahajdhari Sikhs Federation of India, also raised an important query as to whether ‘sahajdhari’ Sikhs, meaning those who don’t sport long hair and a beard, should be given rights to participate or vote in SGPC polls.

The moot point remained as to what are the constitutional contours that define a Sikh under the Sikh Gurdwara Act of 1925.

Given the sensitivity of the issue, the bench felt it appropriate to refer the matter to the full bench. The latter will begin the first hearing of the case on September 19, in which Punjab, Haryana, Himachal Pradesh and Chandigarh are the respondents. 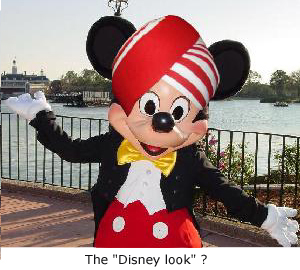 A Florida resident has sued Walt Disney World, claiming he was discriminated against because his religion prevents him from conforming to the Disney dress code.

Miami Attorney Matt Sarelson filed the suit in Hillsborough County Circuit Court on behalf of Sukhbir Channa. Channa, 24, is a practicing Sikh who wears a turban, a beard and keeps his hair long in accordance with his religious beliefs.

In his suit, Channa says he was hired in October 2005 as a seasonal college musician, which requires parade and atmospheric performances. At the time, he was a student University of South Florida. In his parade performances, Channa says he wore a toy soldier hat to cover his head. In the atmospheric performances, he was initially allowed to wear a red turban in place of the red beret the other musicians wore. However, even after rehearsing for both jobs, the lawsuit claims Channa was removed 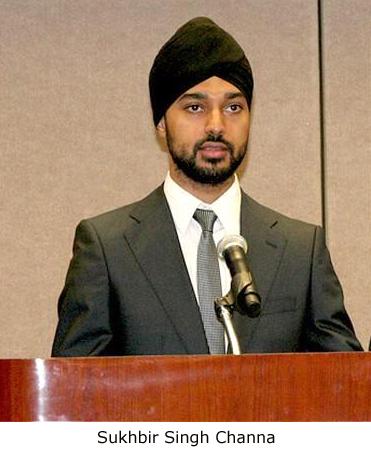 from the atmospheric position because he lacked the “Disney look.”

According to the suit, Channa complained to human resources and was told he was never hired for the atmospheric position and no corrective action was ever taken. The suit also claims he was singled out to perform menial tasks for his supervisor.

Channa was terminated in early 2006 for not having the “Disney look,” the suit says, and when he applied to be rehired October 2006, he was denied for the same reason. According to the suit, all of Channa’s former co-workers who wanted to be rehired were.

The suit alleges that Disney is violating the Florida Civil Rights Act, and requests damages of at least $1 million and that the court enjoin Disney from discriminating against Sikh employees and prospective employees.

“Disney’s position is fundamentally un-American because it forces Sikhs and also observant Jews and Muslims to choose between their faith and their career,” said SALDEF Chairman Manjit Singh.  “It is also hypocritical for Disney to make millions of dollars using cartoon characters that wear turbans and simultaneously reject the right of an American to wear a turban in accordance with his faith.”

A Disney spokeswoman said the company is reviewing the lawsuit.