The first female Sikh MP and the first turbaned Sikh MP have been elected to parliament.

The results have been celebrated as ‘historic’ in an election where Labour did much better than many had expected.

It was heralded as ‘victory for Sikh representation in the UK parliament’.

He described it as ‘a long overdue achievement for the Sikh community in England and an incredible step up for Sikh women everywhere!’

MORE: How many seats are needed for a majority in the UK General Election?

MORE: Tories lose Canterbury for the first time since 1918

I grew up in a typical Punjabi household. As a youngster I used to drink, and smoke cigarettes and marijuana. There were a few years where I didn’t know what it was like to be sober. Even though I had these bad habits I used to care for people.

Someone intervened in my life and asked us to meet a Gurmukh (elevated person). Meeting this person I had a strange sense of fear. I could feel the aura of this person before entering the room. There was a mirror of truth in front of me. I had never felt anything like it. I didn’t understand how I was having this experience without smoking or drinking anything. It was from the power of the Naam this Gurmukh had.

He questioned my father, and said some things he couldn’t have known. That’s when I first started to think that there might be something beyond the body. I didn’t realize the power of the company I kept. So for 10 years I had a roller-coaster of a life. I kept trying to be in Sikhi, but I kept falling off of that boat. This chaos didn’t finish until I got married.

Even after being sober I felt that I had been conned. I had everything I wanted, but no contentment. Peace didn’t come into my life until I began to have the desire to learn the meanings of Gurbani. I started trying to understand Japji Sahib. Everything in this world that makes you feel good decreases. But the Gurbani I was learning was giving me bliss that only increased. Then I started listening to katha, and it took over my life, day and night.

I moved to a new house, and started a Sahej Paath, and we did it ourselves. Then someone asked me to teach their kids some Gurbani. Then people started asking me to teach, and we started a weekly class. It was a buzzing night. I would study one pauri during the week and present it on Friday. We would have langar and kirtan, and everyone looked forward to that night.

Then I lost interest in working. All I wanted to do was learn more Gurbani. My mind wasn’t in it anymore. I just had a feeling that one day I would be spreading the word of everything I was learning. My business declined and we almost had to sell our house.

Then someone encouraged me to take this seriously and do parchar (teaching) full time. Jagraj Singh had been doing the Basics of Sikhi youtube channel for about 6 months. I was doing some katha at a program, and it got broadcast on Sikh Channel. Jagraj Singh happened to tune in that day. Then he put a message out to contact me. He is very focused on spreading Guru Nanak’s message. He pressured me to get on board, but ‘Basics’ didn’t have any funding at the time. So I started taking on more talks and trying to do my business at the same time. He gave me some time during one of his kathas, and he didn’t have any jealousy. Then he came on afterwards and praised my katha, and then announced publicly that I would be joining full time.

By Guru’s grace I’ve been doing katha, and feeling so blessed to be a part of this. The Guru’s word will uplift you. I can’t be that they won’t. As long as we focus on the Shabad everything we need will never run out.

The Langar – the Kitchen of the Guru’s Shabad – has been opened, and its supplies never run short. 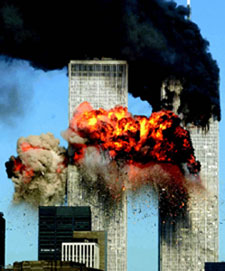 Amritsar , Sept 10 (ANI): Public Diplomacy Officers from US Embassy Lisa Swenarski said on Wednesday that US is ashamed over the killing of the Sikhs in America post September 11 due to hate crime.

We feel great shame over the killing of the Sikhs in US post 9/11 due to hate crime, said Swenarski while talking to media at Amritsar today.

A delegation of American embassy is currently on a visit to Amritsar under America Day program initiated by the US Embassy in New Delhi .

Under this program 30 diplomats are visiting 26 Indian cities, including Amritsar . They will be holding discussions with city youths, interacting with business and social leaders to promote people to people dialogue and friendship, and to showcase U.S. society and culture in the wake of growing IndoUS relations and create awareness of U.S. mission programs in India .

While talking to Asian News International (ANI), Swenarski said that unfortunately after 9/11 there were lots of fear among people of US and many people were ignorant about the different culture and religion.

I believe the Sikhs have been killed in hate crime due to US peoples ignorance about different cultures and religions, she said.

The US embassy employee also said that she knew the first Sikh gentleman who became victim of hate crime in Texas , there was outpour of support from his neighbors. People including children raised money even by car wash and when his widow arrived in America she was received with much love and affection.

She said Sikhs are most welcome in US.

Advocating the better relations with India , Nina Diaz, the political officer of US embassy said former US President Bill Clinton and President George W Bush have made fundamental changes in foreign policies to widen the relationship with India and our relations are going brighter towards 21 century.

Christina Landi, the second Secretary of the Economic Section of the US embassy said that investments are already flowing between the two countries that would certainly help in strengthening the relation between India and United States .

She said that large number of Indians has started investing their money in the US . The delegation also met people from CII in Amritsar and invited them to explore business opportunities with US.

In their two days trip to Amritsar the delegates would visit Golden Temple and watch retreat ceremony at the Wagah border. (ANI)