“In Regina, you’re delivering supplies to their neighbours, while in Mississauga, you’re donating to the Seva Food Bank,” Trudeau said, in a short tribute to Sikh Canadians.

“Every day, Sikh-Canadians make our cities and neighbourhoods stronger,” he said. “And right now, when people need help most, you’re stepping up once again.”

Regina’s Sikh community purchased and distributed an entire semi load of free groceries to people facing economic uncertainty and layoff because of coronavirus. This food was handed out in South Regina and they have more on the way. pic.twitter.com/Ni0FlKYL0j

On March 27, members of Regina’s Sikh community purchased and distributed an entire semi load of free groceries to people facing economic uncertainty due to COVID-19.

This Sikh run charity, “Guru Nanak” free kitchen, operates a downtown soup kitchen from the back of a van in Regina every Sunday. Now they’re finding need in more affluent neighbourhoods as COVID-19 threatens the livelihood of people from all walks of life. It took just a couple hours to empty the truck, as volunteers flagged down passing motorists.

“What can we do with this situation. There are lots of students living here. They need some kind of food, some kind of energy, some kind of nourishment,” Hem Juttla with the Guru Nanak Free Kitchen told CTV News Regina on Friday.

Some of the recipients included a former casino worker who was recently laid off, as well as a teacher. 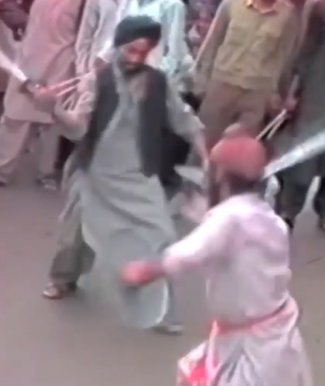 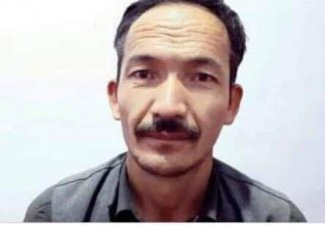 It breaks our heart to know that sexual abuse happens in our Gurdwaras, but we must speak up and talk about these issues. When victims have the courage to come forward they are not being supported. Our silence empowers abusers to continue unchecked. This Saturday, listen to the story of one Sikh family in Maryland who had the courage to speak out and support their daughter, but were not supported by their Gurdwara. The man who sexually abused their daughter of 12 at the time, continues to serve as a Granthi and teach kirtan to children. Why are we allowing this? We must protect our children and stand up for the safety of our sangat. Learn how you can watch or listen at: www.sikhnet.com/kaurvoices SikhNet Presents ‘Kaur Voices Talk Show’ with Jasvir Kaur Rababan Jasvir Kaur Rababan is the host of ‘Kaur Voices’, a regular live talk show series. For more information on the show and Jasvir Kaur please go to: https://www.sikhnet.com/kaurvoices You can catch the ongoing Kaur Voices episodes, hosted by Jasvir Rababan, LIVE EVERY SATURDAY at https://www.facebook.com/sikhnet/live and https://youtube.com/sikhnet/live at 9pm UK time (4pm Los Angeles) Where to Watch: On Our Youtube Channel: Youtube Live: https://www.youtube.com/sikhnet/live Facebook Live: https://www.facebook.com/sikhnet/live Missed the Live Broadcast? Catch all the episodes here: Youtube: https://www.youtube.com/playlist?list=PL2lbLaiYahpV-ysLeHQuKpBgfSK92KKCb Facebook: https://www.facebook.com/watch/sikhnet/688016742015524/ Don’t have time to watch full videos? Catch the episode highlights here: Youtube – https://www.youtube.com/playlist?list=PL2lbLaiYahpW5I3prkSbiokSH91yry0Vi Facebook – https://www.facebook.com/watch/sikhnet/239990147264916/ Prefer to listen as a podcast? Subscribe to the Kaur Voices Podcast here: https://kaurvoices.captivate.fm/listen or listen to the episodes on our web page: https://www.sikhnet.com/kaurvoices Also available on: Apple Podcasts: https://podcasts.apple.com/us/podcast/kaur-voices-talk-show/id1521906407 Spotify: https://open.spotify.com/show/30wQUU2iKThWyIPS3wRkgF Google Podcasts: https://podcasts.google.com/feed/aHR0cHM6Ly9mZWVkcy5jYXB0aXZhdGUuZm0va2F…