Washington, DC- The National Sikh Campaign, a think tank that studies messaging & communications strategies that promotes a better understanding of the Sikh community in America, welcomes the new regulations from the U.S. Army and the Obama Administration that will make it much easier for Sikh Americans and other religious minorities to serve their nation with their articles of faith.

The directive signed by the Secretary of the Army, Eric Fanning, does two things:

Religious accommodations will be granted unless a Brigade-level Commander determines that the request is not based on a sincerely held religious belief or identifies a hazard with the accommodation.

“Today, and for the last 500 years, many Sikhs around the world have worn the turban
to signal their commitment to protect all people against injustice, regardless of faith, gender, caste, or color. This commitment represents values at the heart of the American ethic. This announcement by the Army will ensure that Sikh Americans with their articles of faith no longer have to choose between expressing their commitment to defend equality and servicing their country” said Dr. Rajwant Singh, the senior advisor to the National Sikh Campaign.

For more than two years, the National Sikh Campaign engaged with the most senior staff at the White House on this issue. Dozens of meetings, calls, and emails were exchanged with Valarie Jarrett and the White House Office of Faith Partnerships. In addition to engagement with the Adminstration, NSC made sure that the issue was a priority for Members of Congress as well. Through various avenues, the issue remained important and fresh for staffers and their bosses. Melissa Rogers and Cecelia Munoz had also visited Sikh Gurdwaras last year and had informed the community of their continued efforts of working with the Department of Defence to revise these regulations.

Jas Sajjan, Policy Director for the National Sikh Campaign said: “We would like to thank Secretary of the Army Eric Fanning and President Obama for not only welcoming suggestions and guidance by Sikh service members and Sikh American organizations but for actually acting on it. While there is still much progress to be made, today’s announcement will be instrumental in our effort to allow all Americans to fight for this country while still celebrating one of its finest ideals — religious freedom.”

About National Sikh Campaign
The National Sikh Campaign is helping to build the image of Sikhism in America and highlight the impact Sikh Americans have made. The aim of the campaign is to create an environment of mutual acceptance in which Sikhs don’t have to hide their articles of faith and lay the foundation for more Sikh Americans to become leaders. Learn more here: www.sikhcampaign.org

Read about the Army Directive for Religious Accommodation here

The new rules, detailed in an Army memo dated Tuesday and released Wednesday by the Sikh groups, allow for religious accommodations to be approved at the brigade-level, instead of the secretary-level.

The decision to allow brigade-level commanders to grant exemption was made “based on the successful examples of Soldiers currently serving with these accommodations,” according to the memo from Army Secretary Eric Fanning.

The new rules also ensure the accommodation is enduring.

“The accommodation will continue throughout the Soldier’s career and may not be permanently revoked or modified unless authorized by me or my designee,” the memo says.

The new rules apply to all religious accommodation requests, with the memo highlighting the most common requests are for hijabs, beards, turbans, under-turbans/patkas and uncut hair. 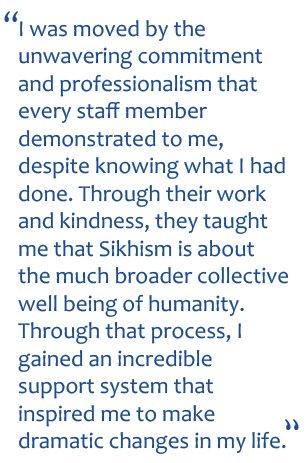 December 18, 2014: In the early morning hours after September 11, 2013, I got drunk and assaulted an innocent Sikh man. I charged him, forcefully knocking off his turban. He had done nothing to warrant my actions, I had simply hit rock bottom with my career and my drinking. He was simply in the wrong neighborhood at the wrong time.

After the assault, I fled.

The victim chased me and once the police arrived and I had sobered, I immediately knew I had done something horribly wrong; however, it never dawned on me that my assault could be prosecuted as a hate crime.

At the request of the Sikh victim I assaulted and the Sikh Coalition’s legal team, I was given 72 hours of mandatory community service. To my great surprise, the Sikh Coalition requested that I spend those hours volunteering with them. Over four months, those hours would permanently alter the course of my life.

During the time I spent with my Sikh colleagues, I was shocked to learn about the severity of the hate crimes, profiling, discrimination, and school bullying that the American Sikh community faces every day. The stories I heard, which now included my own, put my own problems to shame.

The Sikh Coalition’s work also encouraged me to look back on my own education and how it contributed to my prejudice. I grew up in an area of the country with some diversity, went to what many would call an “elite” university, but I understood very little about the Sikh faith and community. The education work the Sikh Coalition is doing across the country, like the recent textbook victory, is the critical first step. Policies won’t change until individuals change. I can speak to that firsthand. 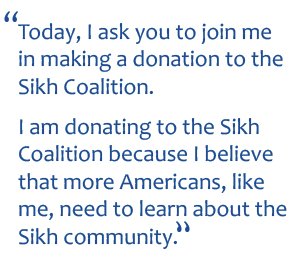 I was moved by the unwavering commitment and professionalism that every staff member demonstrated to me, despite knowing what I had done. Through their work and kindness, they taught me that Sikhism is about the much broader collective well being of humanity. Through that process, I gained an incredible support system that inspired me to make dramatic changes in my life.

One year later, I have stopped drinking, I have a steady job, and I have continued to volunteer for the Sikh Coalition well past my mandated hours. I am an example of how working towards a cause bigger than yourself can truly change you, and the ripple effect that will follow. I will never forget the pain I caused, but the Sikh belief in restorative justice has turned my regretful actions into another voice advocating for change.

My journey over the past year is a testament to the work that the Sikh Coalition does. You must do everything you can to financially ensure that this good work continues in 2015 and beyond. Today, I ask you to join me in making a donation to the Sikh Coalition.

The Sikh Coalition has agreed to use a pseudonym to protect the true identity of the author.

Police in Canberra will no longer issue fines to riders who wear a headdress for religious reasons caught riding without a helmet.

The new road safety regulations, which quietly came into effect in December, won’t apply to other riders who will still be fined if they’re caught riding a bike or personal mobility device without a helmet in the nation’s capital.

ACT roads minister Shane Rattenbury spruiked the new laws as particularly important to Sikhs, whose headwear makes it difficult to wear a helmet while cycling. 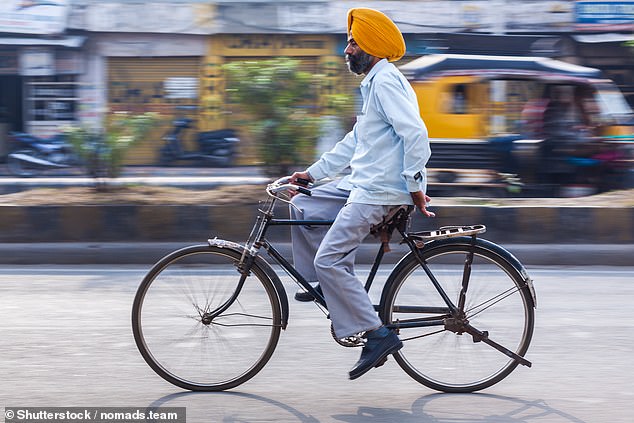 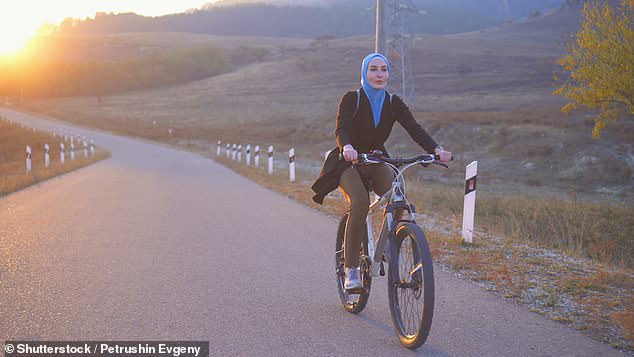 ‘Canberra is a community where everyone should feel included. The territory supports individuals practising their religion or belief and this regulation ensures that sections of the community are not excluded from active forms of transport,’ the minister said in a statement on Wednesday.

‘The change responds to an issue raised by the community, identifying this as a barrier to cycling. As an example, it is important to Sikh members of our community to wear religious headwear, and this can mean they can’t wear a bicycle helmet.

Riders are only exempt they’re a member of a religious group and are wearing a headdress that makes wearing a helmet impractical.

All other riders caught riding without a helmet can be fined.

Daily Mail Australia has contacted ACT Police for comment on the new laws. 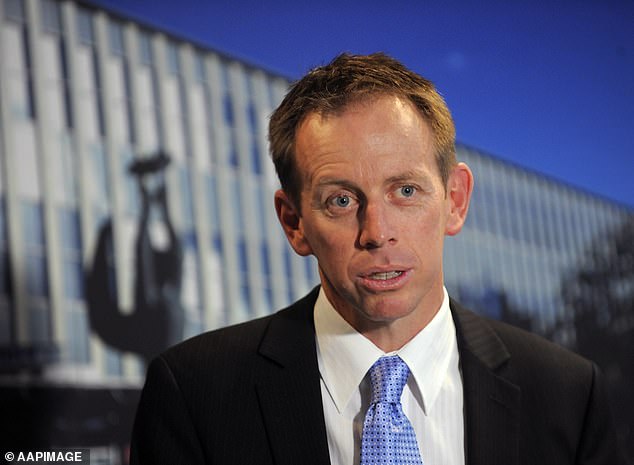 FINES FOR CYCLISTS WITHOUT HELMETS

Sikhs are exempt from wearing helmets while riding in South Australia, while other religious groups who wear headdresses are also exempt in Western Australia, Queensland and Victoria.

New South Wales is now the only state without an exemption to its helmet laws, despite repeated lobbying attempts from impacted religious groups.

NSW cyclists caught riding not wearing a helmet cop a hefty $344 fine, while in Victoria, it’s $207.

The lowest fine is $25 in the Northern Territory, where helmets aren’t compulsory for cyclists aged 17 and over. 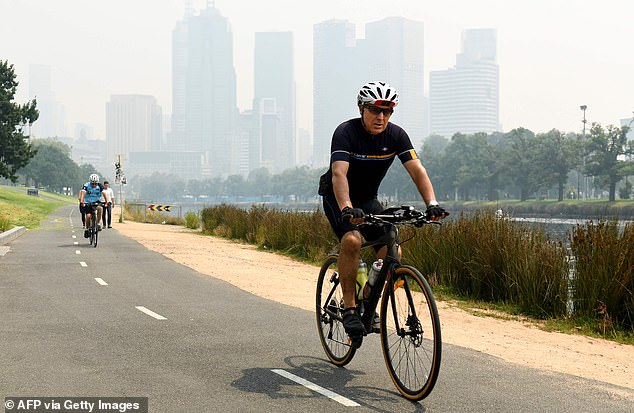