My Story (Going ‘Behind the Turban’) 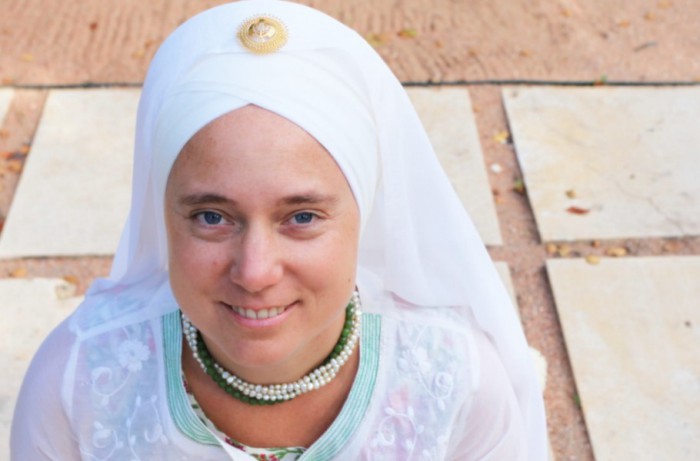 I had originally started these email health tips as a way for me to connect local clientele with quick and easy ‘home remedies’ they could practice at home to help support health and healing during and after their Chiropractic care. However, as it goes, the list of emails slowly grew to something way bigger than I could have ever imagined. One of the ‘pains’ of growing so quickly, is that I hadn’t considered that people don’t really know about me and who I am. My local clients know me pretty well, they know about my spiritual practice, and we share our spiritual practice philosophies regularly. But, most of you don’t really know who I am or what the turban means to me.

I’ve read some really sweet comments by many of you about my turban and then some…..ahem, not-so-nice comments from people. So, today I’m giving you an insider’s look into ‘the turban’ and my spiritual practice, for those of you who are curious.

I am a Sikh. This is my spiritual path, and this has been a huge part of my life since I was 22 years old.

I grew up in a non-denominational, awesome family in the heart of the south in the US. My Dad has always been the type to look at ‘The One Universal Spirit’ that is contained in all beings and lives inside all of us.

By the time I was 21, I had already spent several years partying with my friends, playing pool, going to bars, frequenting Dave Matthews concerts (they got their start in Athens, GA, where I went to school, so I was at fraternity parties where they were performing for 50 people….awesome for me!), and going to college football games. At 22 years of age, I realized that I was done with all of this and looking for ‘more’. All of the media and our culture dictated that what I was doing was supposed to make me happy. However, at the end of the day, I felt sad, empty, and lonely. I knew that what I had been doing for the past 6 years was not going to fulfill me for the next few decades and that there had to be something else out there to help me feel self-fulfilled, happy and joyful.

Enter a Kundalini Yoga student into the Pier 1, home store where I was working during Chiropractic school. To make a long story short, I was in love with this lifestyle at ‘Hello’. Kundalini Yoga and the Sikh spiritual path fulfilled this longing that I was experiencing.

The practice of it, for me, includes ‘Bana‘, which is a way of dressing so that we actually stand out and are recognizable (like a uniform for doctor or police), and those around us, remember that ‘Universal Oneness’ that lives in all of us. ‘Bana’ includes wearing a turban, which hundreds of years ago in India was typically only worn by royalty (so it’s like a crown!). The practice of wearing a turban by the Sikhs was also way of equalizing the people during a time of inequality and divisive caste system.

When wearing a turban, we cover our crown chakra, which is an energy center located at the top of our head. Additionally, I don’t cut my hair, and I tie it up at this crown center. Energetically speaking, this helps to pull the sun energy down and into the crown energy center. The turban helps to keep the energy contained.

As for myself, my spiritual practice includes Kundalini Yoga, meditation, eating foods that help me to stay connected to that ‘Universal Oneness’, and living a conscious lifestyle that cares for my body, mind and spirit and helping to uplift those around me, if I have that in my power (in Sikhism, this is called ‘Seva’ or ‘Selfless Service’).

I love and value ALL Spiritual Practices and appreciate all people who are conscious and loving and work toward making the world a better place for all.

Thank you so much for taking the time to find out more about me. I thought it may help some people in understanding who I am and why I look different.

If you would like to read more about Sikhs, I invite you to check out www.sikhnet.com. If you are interested in Kundalini Yoga and meditation, you may go to https://www.3ho.org/kundalini-yoga.

My Challenge to You this Week

Is there is someone in your community who looks different than what you are used to? This may include someone with a different religion or culture, someone from another country that you’re not familiar with, or someone with a disability or disfigurement. If so, I encourage you to take the time to ask them about who they are and what their life is like. Most people are just ‘normal’ people and like the same things you do… love, community, peace, and friendship. Find the things that you have in common and enjoy those. I know that I always appreciate when people come up to talk with me out of curiosity, innocence and the intention of learning and understanding.

Yes, you read that right. An Afrodhari. It’s an imaginary word I use to address myself to acknowledge I’m both an Amritdhari and have natural hair. Of course, I don’t use this word with others though cause I know most just won’t get it. But what does this have to do with anything? Well, let me tell you.

This past weekend, we had our annual samagam here in Austin. People from across Texas, the country and outside of the country came to attend. One of those people was my friend (Gur)soorma Singh. Gursoorma (some might know him as Soorma) is a fellow Texan of mine who became well known in the Sikh community through his Youtube channel. And right off the bat I would like to say that no, we are not brother and sister. No, we are not girlfriend and boyfriend. And no, we are not husband and wife. Just because we come from the same racial background does not mean anything and the likelihood of any of the above happening is 0%.

Anyways (getting back on topic now) he came to our smagam and got to meet several people and talk to several people.I wasn’t there the whole weekend, since I had other plans that weekend as well. And after the conclusion of the smagam, since I had woken up not feeling well that morning, I went back to my apartment. The next day after messaging Soorma to make sure he made it back to San Antonio alright, he said that he did, but that he also needed to tell me about something. I read what he had to say, and unfortunately, was not shocked.

You see, a young Singh from Canada had made unnecessary comments on Soorma’s hair. He had briefly been taking a break from wearing his dastar but still made sure to have his head covered using his dastar material. And people who hang around the guy knows that this is a normal occurrence (as well as a normal thing that most Singhs do). But I guess the other guy didn’t like what he saw, and instead of being inquisitive and educating himself about natural hair, he started spouting off at the mouth.

“Your hair is matted because you don’t kanga your hair everyday. Why can’t you do kesh ishnaan?! Put some oil on it everyday and it will straighten itself out. What?! Your hair is never straight?!”

And I realize that for some people reading this that this might not seem like a big deal to you, but for people of African descent across the world, this is highly offensive. His comments not only imply that there is something wrong with the way we are born/our genetics, but also that since there’s something “wrong” with it, we have to change in order to meet Punjabi centric ideals. Realize that hair plays a big part in African American history and culture (the same way it does in Punjabi culture) and for someone to attack it shows just how ignorant and foolish they are.

But you’re probably thinking to yourself, “Ok, that wasn’t very nice. But why are you writing about this?”. Because like most issues I’ve encountered with the Sikh community, I feel that it is necessary to take this issue head on instead of remaining quiet. For a lot of Indian Sikhs, they have had little to no interaction with people outside their culture (especially when it comes to people from my community). If Sikhi is to truly be a universal faith, Sikhs must be aware of and educated about people from different cultures who are embracing it. So if you can, please, sit back, relax, and let me educate you on something that needs to be talked about. And please feel free to share this with your family members and friends.

Question 1: What is Natural Hair?

Natural Hair (also known as black hair and afro-textured hair) is the natural hair texture of most populations in Africa, the African diaspora, Oceania, and a few other parts of the world. On the commonly used scale of hair types, those who have mixed ancestry usually fall under 3 while those have mostly African ancestry fall under 4. And if I had to describe natural hair, it would say its really, really thick and really, really, REALLY curly. It is very fragile (which means it can break easily) and shouldn’t really be messed with daily.

Question 2: Can you change your hair?

Um, no. First off, why would I want to? Secondly, it’s genetic. Same way, you cannot change your skin tone, your height, or your eye color. Even if you straighten it, once any drop of water hits it *poof* it’s back to being in its natural state. And yes, there’s perms. But please don’t get me started on that -_-

Also, Amrit does not change it either. There seems to be this idea I’ve encountered among a few Punjabis that all of a sudden when you take Amrit your genes magically change and you wake up looking like Rapunzel. Even though we are both Amritdhari. realize that we also both black. There’s no way to split that up or accept one without the other. So either you accept all parts of us or none of us.

Question 3: How long is your hair?

Well, curious Aunty #355, I would like to be able to answer your question but it honestly just doesn’t make any sense to me. Because unlike your hair, our hair grows OUT, not down. The only exception I can think of is for those who have dreads.

And on top of that, our hair experiences shrinkage. Whitney Garcia-Devers from NaturallyCurly.com describes it best.

“Shrinkage is the decrease in length when your hair dries. Not only is it completely normal and a sign of healthy hair; it shows that your hair is properly moisturized and has good elasticity.

Depending on the hair type and hair porosity, curly hair can shrink up to 90%.”

Because of this, some Sikhs will ask whether or not we cut our hair. The answer is no, we didn’t. And unless I straighten it out (which that ain’t happening), guess we will never know the true answer to question number 3.

Question 4: How do you maintain your hair?

There’s more I could say, but that about gets the gist of it. If writing this means that one more Uncle or Aunty is educated, then it was all worth it. 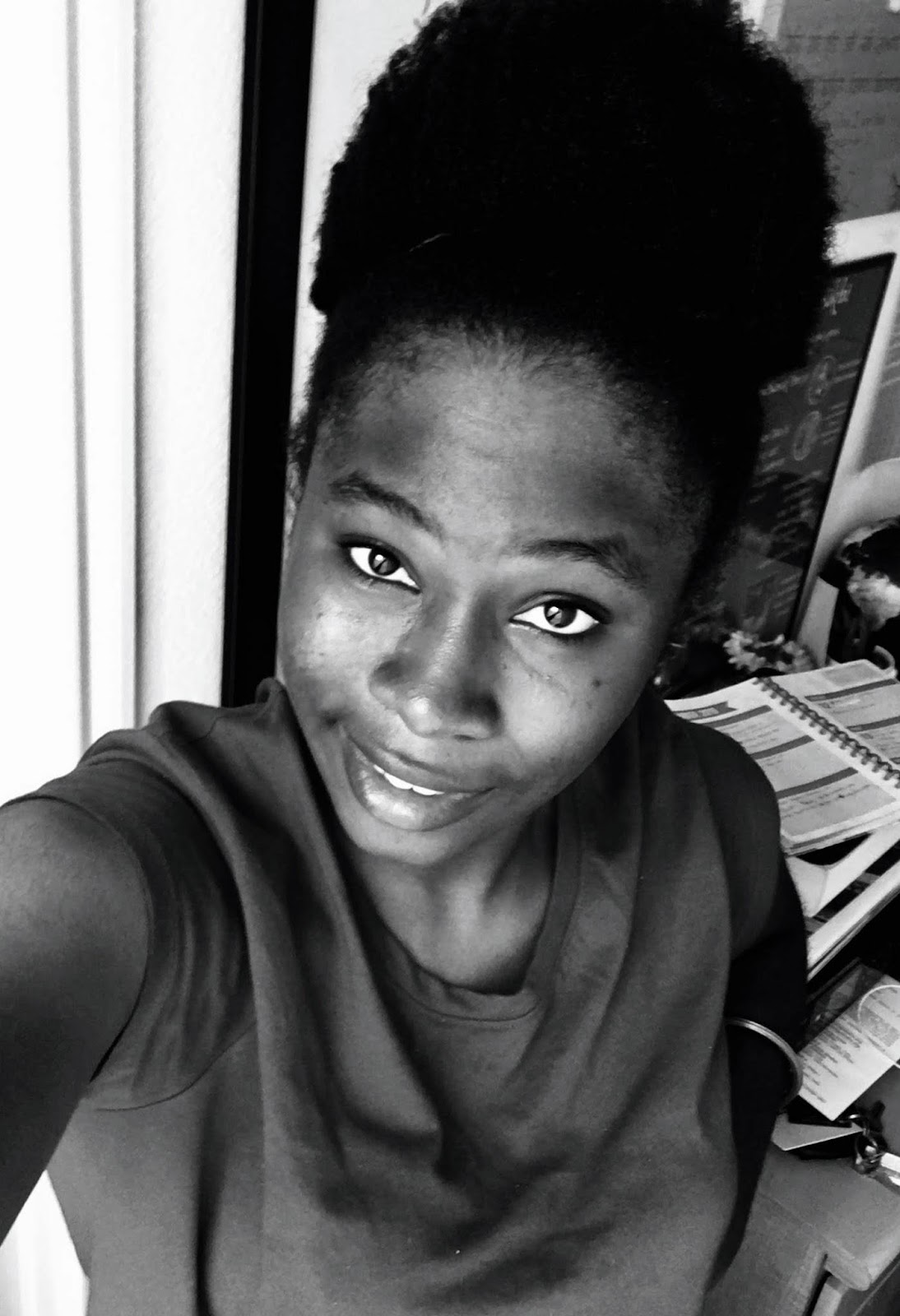 My name is Gurpreet Kaur.
And I’m proud to be Black, Sikh, Amritdhari, Afrodhari.