For more information on the show and Jasvir Kaur please go to: https://www.sikhnet.com/kaurvoices

You can catch the ongoing Kaur Voices episodes, hosted by Jasvir Rababan, LIVE EVERY SATURDAY at

Missed the Live Broadcast? Catch all the episodes here:

Prefer to listen as a podcast? Subscribe to the Kaur Voices Podcast here:

or listen to the episodes on our web page: https://www.sikhnet.com/kaurvoices

AMRITSAR: For the first time Pakistan government is going to introduce religious tourism packages to attract both Sikh and Hindu devotees from across the world to visit Pakistan for offering prayers and performing their religious rituals.
While talking to TOI over phone from Islamabad on Wednesday, chairman of Evacuee Trust Property Board (ETPB) Aamer Ahmad informed that ETPB had proposed to introduce different religious tourism packages to attract Sikhs and Hindus to pay obeisances at their religious places.
“The packages can be for three days or for five days etc. , we are working on the modalities and would soon start registration of tour operators “ he said, adding that pilgrims from across the world including India could avail benefit of religious packages which would be in addition to the current movement of Hindu and Sikh religious groups from India.
He informed that Sayed Zulfiqar Abbas Bhukhari, special assistant to the Prime Minister Imran Khan, hailed the proposal .

Hello my name is Jasvin Singh, and I have recently qualified as a Dentist from King’s College London.

Originally, both my parents are from Afghanistan, whereby my Dad was born in the humble town of Jalalabad and my Mum was born in the midst of the hustle and bustle that is the city of Kabul. Whilst growing up, my parents were always reminiscent of the golden days of Afghanistan which harboured a tolerant and liberal society. My parents memories from their younger years are full of vibrant dinner parties which were hosted by their Muslim Afghan friends, touring the snow capped mountains that surround Kabul, and relishing the vibrant pop culture emerging from Afghanistan through the music of Ahmad Zahir, popularly known as the Afghan Elvis Presley.

But soon when reminiscing their silver lined memories, the topic of conversation turns tragic as they steer towards the political instability of the 90’s. The picturesque Afghanistan they had known had been shattered with senseless violence. It was during this wide scale destruction that my siblings are I were born. Unfortunately we did not experience much of the beauty of Afghanistan as compared to our parents, as the futile violence which had irreparably damaged the fabric of Afghan society necessitated us to become refugees in the year 2000, and thus we were torn from the nation that had raised our family for generations. 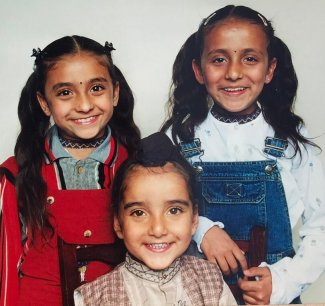 In 2000, we sought asylum from the Afghan civil war by migrating to the UK. We arrived at an unfamiliar country with a language, customs and a cuisine that was alien to us. Naturally we gravitated to pockets of the country where other Afghan Sikhs has made a similar journey, in an attempt to retain a sense of safety and community.

Growing up as a first generation immigrant was difficult. A few of my earliest vivid memories are of myself at school in Reception, finding it difficult to express myself due to not knowing the English language. Throughout my academic career from nursery till year 6, despite attaining proficiency in speaking English, I felt reserved and intimidated compared to my peers. However, going to a Sikh school from year 7 onwards placed me in a comfortable environment, and it was here that I thrived. 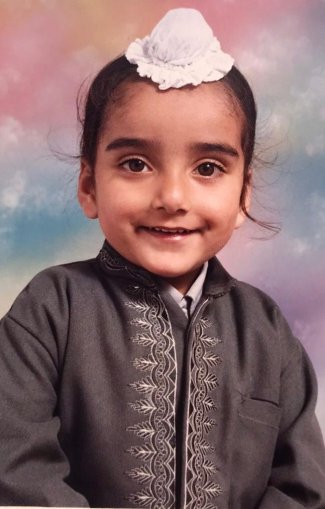 Whilst growing up, my father constantly drilled into all four of us children the importance of education, and hence his unreserved affection for knowledge, which he cultivated in Afghanistan, rubbed off onto all of us. During secondary school, despite being mildly mischievous, I excelled during my GCSE’s and soon after, I started to seriously think about my future career pathway. Around that period of time, which was 2010, was the release of ‘Wall Street: Money Never Sleeps’, a movie which, I must admit, did influence me heavily. Despite having no recognition of the underlying capitalist ideology, for a brief period I desired to use my innate aptitude for mathematics to go into the world of banking. However saner heads prevailed. Whilst undertaking work experience at a local dental practice, I slowly gained more exposure to the world of healthcare. I realised it was much more altruistic compared to the self-serving nature of the financial world. And after plenty of work shadowing , in year 12 I made the plunge – I wanted to be a Dentist.

With close to zero healthcare professionals in my immediate and extended family, nor was my school privileged enough to help with applications, a lot of what I learnt about applying to dental school was through self-teaching using books and the internet. After I had made my application with plentiful of hopes and desires, a day before my birthday in 2014 I had received an update – I had been offered an interview from the best ranking dental university in the World, King’s College London. I was ecstatic! It was the best birthday present I could have asked for. The interview went great and shortly after I received an offer from KCL provided I received the appropriate A level grades. After a difficult two years of studying day and night, and numerous socio-economic hurdles, I was rewarded for my perseverance when I achieved my A level grades, A*AAA, and thus I joined King’s in 2015. 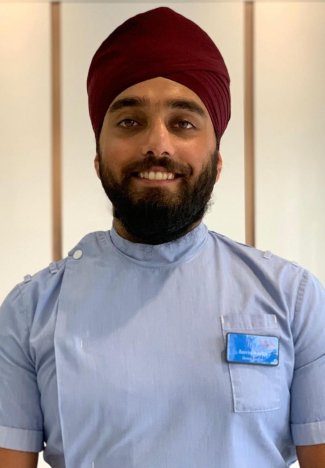 My time at King’s was memorable. I have met and solidified friendships which I will cherish till I breathe my last. I have contributed to the vibrant university life by leading organisations such as the KCL Sikh Society and Nishaan. I have had the opportunity to deliver speeches, seminars and organise conferences on topics that I have felt deeply passionate about. It is commonly said that during university, ones opinions about the world are truly tested and forged in the fires of passion through the furnace that is the student mind. This could not be true moreso. I finally graduated from King’s in June 2020 not only with Honours but also numerous awards for my academic and clinical performance in Dentistry. I now look forward to the next chapter of my life by starting to work as a dentist for the NHS in September 2020.

I will be forever in debt to my parents who made the frightening journey from Afghanistan to the UK. I am in awe of all they have sacrificed and traded for the inadequate substitutions here in London to provide a better future for their children. In their dedication, there is only one quote that I deem appropriate from Khaled Hosseini: “I said to you, ‘hold my hand. Nothing bad will happen’”. I am also eternally grateful to the Sikh Education Council who have taught me, alongside numerous other students, about the Sikh way of life and a perspective of the world which I, hitherto, did not know existed. I am also grateful to my supportive friends, the list of which is extensive, who have helped me in every step of my journey.

For all those in a position similar to myself, I only encourage you to break glass ceilings and be determined to push against the odds. With hard work and perseverance, any battle is winnable.