1. Can you briefly tell us about NASMDA?

North American Sikh Medical and Dental Association (NASMDA) is the oldest and largest Sikh healthcare professional organization in North America. NASMDA’s network of Sikh medical and dental professionals serve as a resource through a variety of activities that serve the broader Sikh community.

2. What are the main goals of NASMDA?

NASMDA’s vision is to fund and expand programs to make a difference. Sikh general practitioners and specialists thus have an avenue to voice their contributions, and their expertise will be accessible to immediate communities around the world.

NASMDA’s goals based on the bylaws:

1. To promote Sikh physicians and dentists globally as well as medical and dental institutions in other parts of the world
2. To support brilliant and deserving Sikh professionals pursuing healthcare careers
3. To foster long-term associations and friendships with members
4. To improve the delivery of service and overall healthcare quality globally
5. To create awareness, generate interest and guide the younger generations of healthcare professionals and allow for adequate post graduate training in specific fields

3. How many Sikh healthcare professionals are associated with your organization?

With over 1000 registered members in the United States and Canada, NASMDA is creating a community of Sikh healthcare expertise. These individuals are not only connected by their strong faith in Sikhism, but also through their commitment and dedication. Any Sikh medical professional is welcome to join NASMDA by subscribing to the email list http://nasmda.org/

4. What are the contributions of NASMDA to the Sikh community and other communities around the world?

5. What role is NASMDA playing during this global pandemic? What are the most recent NASMDA contributions regarding COVID-19?

We hope you enjoy this beautiful rendition by 21 families from across the world and encourage you to share this shabad of humanity and oneness far and wide.

The list, which had been deferred from its usual early June release to consider nominations of people playing crucial roles during the first months of the COVID-19 pandemic, includes numerous British Indians under this category led by Rajinder Singh Harzall.

The 74-year-old “Skipping Sikh” receives an MBE (Member of the Order of the British Empire) for his inspirational health and fitness videos during lockdown. Harzall, who has raised nearly 14,000 pounds for the National Health Service (NHS), is joined by Lavina Mehta, who also receives an MBE for services to health and fitness during COVID-19 for her work encouraging people to stay active during the lockdown. 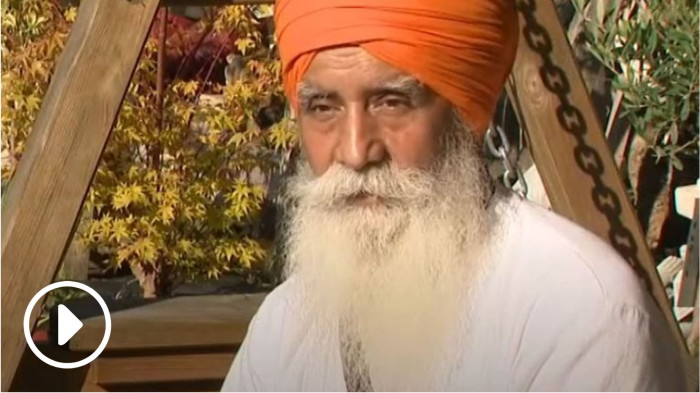 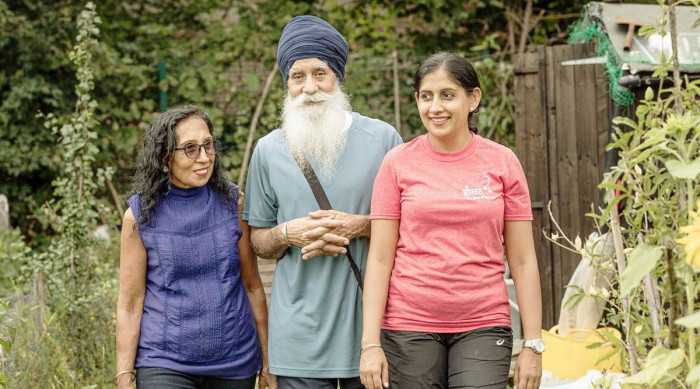 As 73-year-old Rajinder Singh’s name was announced as one of the Member of the Order of the British Empire (MBE) recipient in the Queen’s birthday honours list on Saturday, it was a recognition of Indian-origin Harlington resident’s untiring efforts to raise funds to fight the Covid-19 pandemic.

Earlier this year, Singh started a skipping challenge by the name of Skipping Sikh to raise funds of the National Health Service (NHS) in England raising more than 14,000 pounds.
Source: https://indianexpress.com/article/cities/chandigarh/as-old-as-independent-india-skipping-sikh-dedicates-mbe-to-home-country-6720174/