Last year, Sikhnet had a really fun Script Writing Contest and we received many creative stories from kids and adults of all ages. We have been looking forward to the day we get to release one as an animation, and that day is nearly here! On May 15th, we will release the new story and animation, Can Trees Grow Overnight? by Hunar Kaur Bhatia in the junior category.

“The main part of the story was that the earth was really thirsty for seva from us, and we had to take the role of Bhai Kanhaiya ji and feed the earth with kindness like he fed the wounded soldiers with water – even the enemies.”  –Hunar Kaur Bhatia 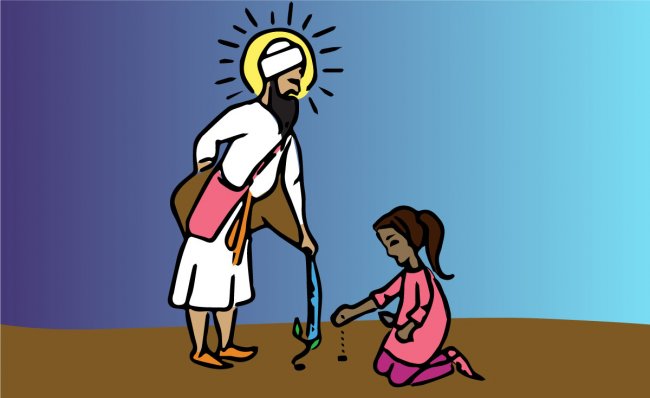 This timely story, inspired by the pressing environmental concerns and global warming of our planet takes a spiritual activist approach and tells of a young girl’s devotion and the divine guidance that came to her from God along with the miracle that followed when she combined faith with action. It teaches us about the Guru’s message of seva without discrimination through invoking the energy and spirit of Bhai Kanhaiya ji, seeing God in all, and the importance of taking responsibility for our actions and caring for our planet, Mother Earth.

~~~~~~~~~~~~~~~~~~~
P.S. The story of ‘Kaur’ that Hunar mentions is a retelling of the epic courage of Mai Bhago that empowers a modern girl ‘Saibhang’ to ultimately become an astronaut. Learn more about it here: kaur.sikhnet.com

Amritsar, May 24 – Sikh students wanting to get admission to the SGPC-run technical colleges in Punjab under the 50 per cent reserved category will have to undergo an identity test. Not only this, their name tag should either be Singh or Kaur and they should â€œnot believe in any other sect.

Punjab Technical University (PTU), Jalandhar, which is the nodal agency for conducting the CET-2008, has come out with these pre-conditions in its prospectus.

According to the prospectus (page 13, clause 4 (a): Every student has to submit an affidavit under a personal oath mentioning: I belong to Sikh religion, abide by principles of Sikhism, have faith in 10 Sikh Gurus and Sri Guru Granth Sahib, maintain complete Sikh appearance (Sikh saroop), wear turban (only for male candidates), do not cut hair, do have word Singh/Kaur suffixed with the name and do not believe in any other sect. 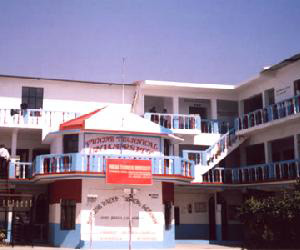 It further reads: Every candidate has to appear at Fatehgarh Sahib college for the verification of his being Sikh.

In case the name of the candidate does not include Singh/Kaur, the candidate will have to include the same in his/her name by releasing a public notice in a newspaperâ€.

However, for the identity and religion tests and Sikh religion examination, the candidate has to shell out an extra amount of Rs 400, apart from the cost of the prospectus, which is Rs 600.

The religion examination will be conducted on the basis of the syllabus prescribed by the SGPC. â€œWhat is this?â€ asked Birinderjit Singh Walia, a former principal of a government school, whose son is appearing in the CET.

â€œDo the university authorities mean that any person born to Sikh parents is not a Sikh until and unless he gets a certificate from the authorities specified by the varsity,â€ he remarked.

Kulwant Rai Sharma, a former XEN, Amritsar Municipal Corporation, said, â€œClose on the heels of the diktat of the school authorities in Sangrur district asking all students to wear traditional Sikh headgear in the school, this will lead to controversy.â€

â€œThough the state government and the Sikhs, in particular, have been waging a war against the alleged fundamentalist attitude of the French government on the turban issue, things in Punjab seem to be drifting the same way,â€ said educationist Avtar Singh Deepak.

However, registrar, PTU, Sarojini Gautam, clarified that the university was only conducting the examination and had nothing to do with the guidelines for deciding the eligibility criteria. The guidelines had been decided by the government, she added.