What if for just a moment we left behind the labels that attempt to classify different types of Sikhs? Labels such as “Keshdari”, “Sehajdhari”, “Amritdhari”, “Namdhari” or “Nihang-Sikh”. Now, let me be clear. I am not saying that these labels are beneficial or harmful to the Sikh identity complex or that identifying within certain “labels” as a Sikh is wrong. I am just asking that we consider a world without them for just a few moments. Would we be a stronger Panth without these labels? Or do these labels allow for unity within each group of people who identify with a certain label?

These labels which define us shape our identities as we take on the journey to walk on the path the Gurus laid out for us. By having labels that describe who we are as Sikhs, they give us the chance to unify with other Sikhs who share a similar outlook on Sikhi and similar values. It gives us Sangat which is incredibly important for spiritual growth and development during this human life. Finding a collective sense of community allows us to find support during the Sukh and Dukh that Akaal Purakh presents to each soul on this planet. One could say that these labels do fuel the internal politics within the Sikh Panth is true but on the other hand they allow for Sikhs to share a common theology. Labels such as “Amritdhari” or “Keshadari” are at the core just a way to factually state a person’s theological beliefs within Sikhi.

However, as previously stated, labels such as “Keshdhari” or “Amritdhari” could constrict the identity of the Sikh being described in a conversation. If these labels are just a social construct, maybe Sikhs would be freely able to ignore the constraint of these identifiers and be able to work together effectively without political divisions. Maybe if we got rid of them altogether, it would solve some of the infighting that exists in our community?

By having labels in the Sikh community, we are creating a great opportunity for Sikhs of many walks of life to unite under a common theological practice. Not only that, they give a chance for Sikhs to find common ground in Sangat. While to an extent, they fuel Sikh politics, it is important to note that we can all still identify with these labels and be able to work together towards a better future. 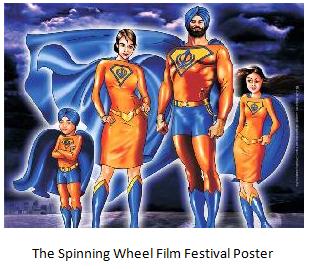 Sundari’s recent post, addressing the portayal of Sikhs in an ad for the upcoming Spinning Wheel festival, brings up an interesting tension for Sikh women – the conflict between modern ideals of beauty, and the requirements of the Sikh faith.

Generally (and unfortunately) women tend to value themselves (whether consciously or unconsciously) according to social valuations placed upon women… which revolve mostly around ideas of outer beauty- trends which vary a bit across region and time, but are all generally superficial. Women who have completely overcome this unconscious embrace of ideals of beauty are extremely rare.

For those who think this is untrue- think about how many times you’ve heard a female friend talk about the bad day she was having- many of the complaints probably had something to do with the way she felt she looked that day (that might not be the best example, but it’s the first that comes to mind). How we feel is too closely related to how we feel we look. 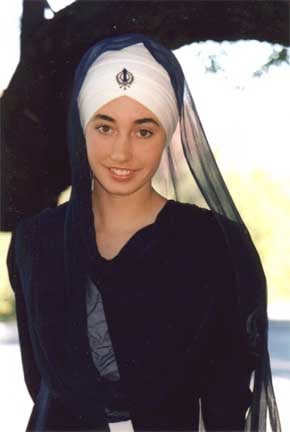 These social valuations of beauty are especially problematic for Sikh women in particular because these values are totally opposed to an important part of Sikh identity- our kesh. They are also problematic for all women because we’re not valuing what really matters- our thoughts, ideas and actions which really create who we are- but a superficial farce. Finally, these valuations are problematic because many modern ideals of beauty are unhealthy (but enough has been said about these last two points in general gender conversations that I don’t want to dwell on them).

The challenges and overt racism that Sikh men face in the US today because of their kesh are undeniable. But the solutions that address men’s kesh (mostly political responses, creating social awareness) don’t carry over as solutions for women.

The role that kesh (and thus Sikh identity) plays in the lives of Sikh women is totally different from men. It relates more to what many women face in many parts of the world (responding to ideals of beauty), but is unique to us as Sikh women by our unique responsibility to keep our kesh (in all its variations). That responsibility, coupled with the unfortunate reality that women value themselves by superficial ideals of beauty means that we value ourselves by principles that are totally opposed to our Sikh identity.

Each of us has to decide for themselves how much they’re willing to commit to their faith – that is a personal decision. But we’d be doing ourselves a favor by valuing ourselves according to our actions and decisions instead of others’ ideas of our appearance.

New Delhi, June 6: Want to visit Golden Temple? No, Amritsar is not the only destination if the designs of Baba Balwant Singh Sirhore gets successful. 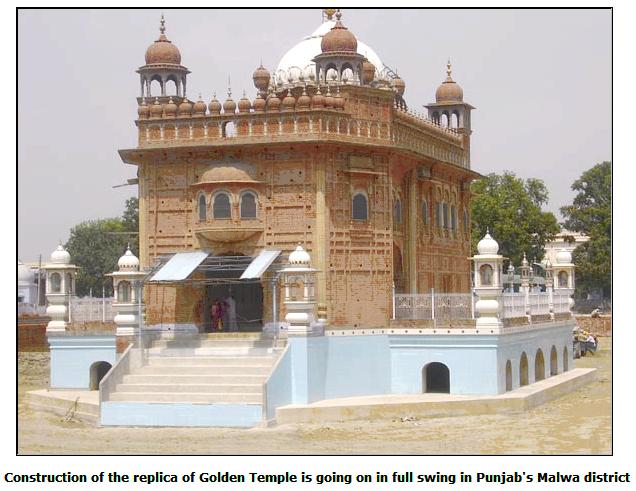 It’s indeed surprising that at Mast Vane in Punjab’s Malwa district, construction of an exact replica of Golden Temple is going on in full swing and almost 80 pc of the work is done.

In a clear cut agenda of igniting passion and hurting religious sentiments, the construction has been going on for the last two years. Six months earlier, Shiromani Gurudwara Prabhandak Committee (SGPC) has ordered to stop the construction.

In order to cash in on Golden Temple fame, SGPC’s orders were ignored and the construction is very much on.

Talking exclusively to zopag.com, Avtar Singh Makkar said, Copying is bad. It should not be done. Constructing anything equivalent to Darbar Saheb is nothing but bad?.

We oppose the plan of Golden Temple replica. We will investigate the matter, he added.

Manjit Singh said, “Religious sentiments are associated with it. It should not be done. And by the way, if you are investing so much money, then why go for a replica. Construct something original.” 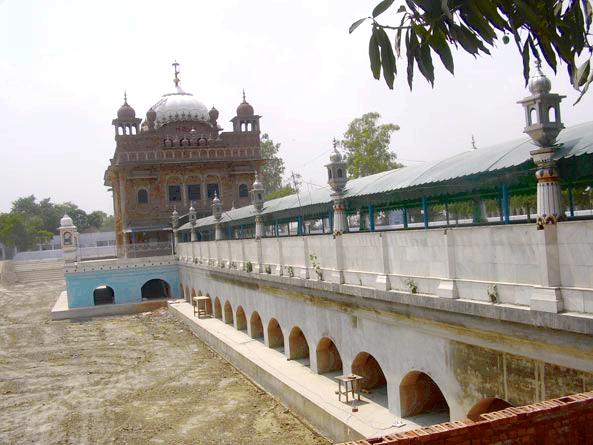 Manji Singh expressed fears that the construction of a replica of Golden Temple will only start an agitation in Punjab. He cited the controversy created by Ram-Rahim sometime back when they dressed up like Guru Govind Singh Ji.

The construction will pose a serious threat to Punjab’s law and order and peace and prosperity. Some unwanted elements are always up to such plans to ignite passions and to gain cheap popularity. If things like these go unchecked, then we will have many Patna Sahebs and Huzoor Sahebs. The Golden Temple is culturally the most significant place of worship of the Sikhs and one of the oldest Sikh gurdwaras. It was established by Guru Ram Das Ji, the fourth guru of the Sikhs, and is, also due to the shrine, known as Guru Di Nagri meaning city of the Guru.

The Darbar Sahib is considered holy and beautiful by Sikhs because the eternal Guru of Sikhism, the Sri Guru Granth Sahib Ji is present inside in it. The temple is surrounded by a large Sarovar (manmade lake), known as the AmritSar (Lake of Holy Water or Immortal Nectar).