December 2, 2016 (Fremont, CA) – Since 2012, the Sikh Coalition has led efforts in California to recognize and commemorate the month of November as Sikh Awareness and Appreciation Month. In collaboration with community members, we reached over 4.5 million Californians through our Sikh awareness presentations, proclamations and media outreach.

“I was honored to present the Sikh Awareness and Appreciation Month proclamation in the city of San Jose for the fifth year in a row. I commend the work of the Sikh Coalition for affirming the religious freedoms and protections, not just for Sikhs, but for all Americans,” said the first South Asian California Assembly member, Ash Kalra.

“After attending the Sikh awareness and bullying prevention seminar presented by the Sikh Coalition in Santa Clara, I am more informed about how I can help ensure students’ safety as I go about my job on campus,” said Frank Zuniga, custodian at New Valley High School for Santa Clara Unified School District. “The presentation was very informative and helped me understand more about Sikh customs and heritage.” 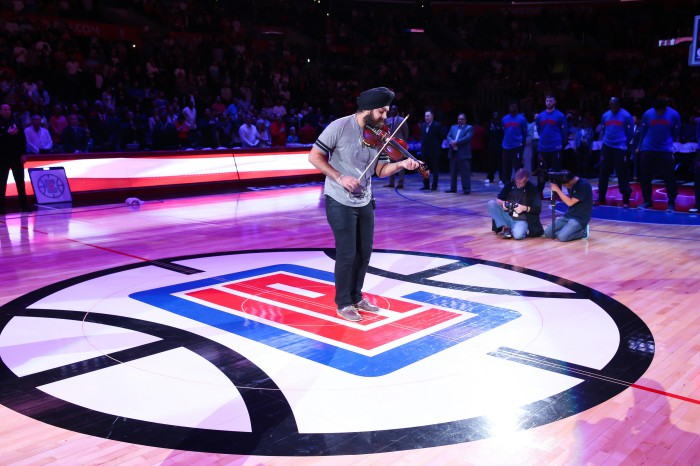 For the third year in a row, the Sikh Coalition also partnered with the Los Angeles Clippers to host a “Sikh Awareness and Appreciation” game that reached 19,000 inside the stadium and thousands more who watched on television. Watch video of Raaginder “Violinder” Singh playing the national anthem.

“After helping to protect Sikh history in California in July, the Sikh Coalition secured safe passage of AB-2845, a groundbreaking new anti-bullying law in California in September,” said Sikh Coalition Community Development Manager, Harjit Kaur. “It has been an honor to amplify these victories with community members across the state and foster Sikh awareness during this period of hateful rhetoric and rising hate violence, bullying and discrimination.”

The Sikh Coalition looks forward to continuing Sikh awareness and education in California and across the nation in 2017.

‘Bangle’ campaign goes to No 10