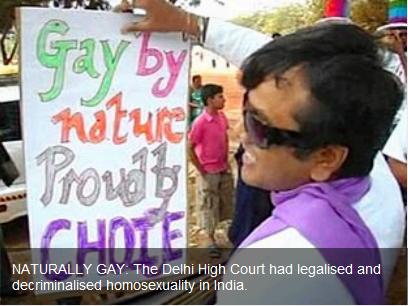 Amritsar: The Akal Takht, the highest temporal seat of Sikhism is of the firm view that Delhi High Court judgment on gay relationships could ruin the society as this was against the tenets of all religions.

Reacting to the judgement on Saturday, Takht Jathedar Gian Gurbachan Singh said the Sikh religion or for that matter any religion did not permit sexual relations between individuals of the same sex.

“This is a very serious matter and against religious codes and ethics, “he said while appealing to the Sikhs against maintaining relations with the same sex.

“Any Sikh, baptised, non-baptised or one who believes in the Guru Granth Sahib, need not be influenced by the court judgement and should always refrain from establishing gay relationships,” he said.

An edict issued from Akal Takht nearly four years ago had not only prohibited Sikhs from being involved in gay relationships but had described such a relationship as ‘anti religious’. This edict was issued when there was a hot debate on legalising gay relationships in Canada, where a large number of Sikhs are settled.

Giani Gurcharan Singh said Sikhs should stick to the edict and set an example by keeping themselves away from such all “unnatural relationships”.

“The marriage verses enshrined in the Guru Granth Sahib are meant to solemnise weddings only between persons of opposite sexes,” he said.

The Jathedar informed this issue would also be taken up in the Sikh High Priests meeting scheduled for July 8, and if a consensus was reached, they might issue a fresh appeal to Sikhs to follow the Akal Takht edict issued on this subject earlier.

Giani Joginder Singh Vidanti, a former Takht Jathedar who had passed the edict said that it was still valid for Sikhs, no matter what the courts say or interpret.

“Sikhism is against all forms of unnatural relationships,” he added while opining there was an urgent need for building a public opinion against gay relationships.

The Sikh nation today is in difficult times. The Sikh community which once was a beacon of humanity and inspiration for the world, today is a community much like any other. Alcoholism, spousal abuse, and drug addiction drag down this nation like every other, or even worse.

Three hundred years ago, Guru Gobind Singh, the founder of the Khalsa, sang the praises of his greatest creation, the Order of saint-soldiers, but also warned that should they take up the way of mindless rituals and give up their distinctiveness, he would abandon them. Today, as a fulfilment of his warning, the main preoccupation of Gurdwaras is the performance of rituals. Guru Granth Sahib is treated like an idol and ritual readings take place around the clock. Sikhs everywhere are complicit in this practice.

In describing the vitality of the Sikh nation in the present day, inventor and philanthropist Narinder Singh Kapany recently pointed to its growing numbers, the increasing quantity of Gurdwaras, the number of members in status-carrying jobs, and the array of schools and universities with programs that study Sikh dharma. This view is widely shared, using worldly criteria to measure the prosperity of the Sikh community.

Another, opposing view is to judge the well-being of the global Sikh nation by its success in living by and sharing the inspiration of the Guru. Originally, the vitality of the Sikh community emanated from the practice of deep meditation, perfected and taught by the Guru. This practice was passed from Guru Nanak to Guru Angad and so on, unto the Khalsa. Children as young as five could achieve profound meditation and the mother played the unique role of Gurdev Mata, the first spiritual teacher of the newborn. The historic Guru’s mothers, wives, widows, and daughters – and through them, all Sikh women – enjoyed a personal connection with the great teacher and leader of the Sikhs. All this unraveled in the 1700s and 1800s. In the mid-1700s, with the Sikh nation under threat, deep meditation gave way to martial exercises and everywhere, grown men came to predominate. With the passing of the guruship to Siri Guru Granth Sahib, both the care of the Guru and the transcription of new volumes was entrusted to men only.

The years of Maharaja Ranjit Singh’s rule in Punjab, witnessed a decline in the spiritual legacy of Guru Nanak. While temples were lavishly renovated and decorated, the Brahmanical rituals Guru Gobind Singh had warned of took hold in the maharaja’s court. In place of meditation, alcohol lubricated the affairs of state. In place of the high status and dignity women had enjoyed in a previous time, women were bought and sold in Ludhiana, prostitution prevailed in Amritsar, and female singers and dancers provided entertainment for the maharaja and his male guests.

With the spirit of Khalsa so compromised for so long, it should have surprised no one when the traitor Lal Singh decided the Anglo-Sikh War and the fate of Punjab for the foreigners. It should also have been no surprise that the young Dalip Singh, heir to the maharaja’s throne, was no spiritual prince. Coddled and sheltered from the world, he had not been educated in the Guru’s wisdom, to say nothing of ruling a kingdom.

In their colonial enterprise, the impressive British and their missionaries continued what Sikhs had already begun, further diluting and polluting their faith. While some Sikhs held back, others enthusiastically enrolled in British schools, joined the imperial army and civil service, and unconsciously picked up the tastes and habits of the conquerors.

The series of articles of which this is an introduction first took the form of a presentation given by the author at the International Sikh Research Conference at the University of Warwick in June 2017. It is intended as a wake-up call from the slumber of rituals, of religion for hire, and shallow representations of what is a uniquely inspiring and timely legacy at its root. In these articles is a case study which it is hoped may convey the reality that children are not dumb passengers on the journey of spirituality. Rather, as Guru Harkrishan illustrated so well, children are fully capable of understanding and embodying the very best of human potential and possibility if only given a chance.

There are also a number of recommendations to help lift the Sikh nation out of the spiritual quagmire in which it finds itself today. There are recommendations on: spiritual training and education of the young, religious practice, spiritual culture, self-concept, spiritual sovereignty, and outreach. It is a long road from addiction and abuse, and a self-concept which is increasingly ethnic, to the glory of a sovereign, spiritual nation. But it is a road, in my view, that must be begun for the love of Guru, and must be begun now. 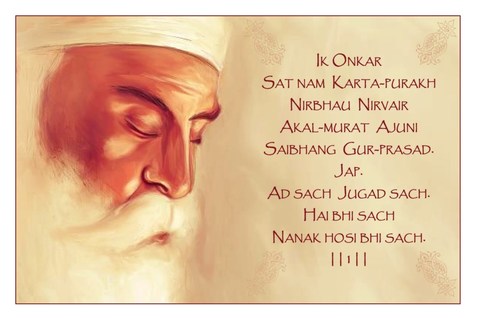 Read Part 2 of this series here. 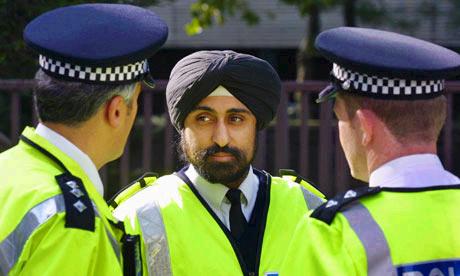 Sikh victims of crime will now be given the option of requesting a Sikh police officer to work on their case. Well, in London at least.

The goal of this new service, offered by the Metropolitan Police, is to make use of the “special” knowledge officers have in regards to Punjabi culture to help address issues such as forced marriage and honor crimes.

Many police officers believe that crimes have gone unreported and unsolved within the Punjabi Sikh community due to a lack of cultural understanding by police officers from a “white” background.

Palbinder Singh, chairman of the Metropolitan Police Sikh Association (MPSA) said: “It’s about understanding and appreciating difference. I don’t believe a white officer is ever going to be fully conversant with a Sikh for example. We have got evidence in the most serious type of crimes where Punjabi culture itself is the issue, that they haven’t been properly investigated.” [link]

When the British Sikh Police Association (BSPA) was set up, a spokesman suggested that the organization represented an important move towards social cohesion and integration, just like ‘other support networks within the police’. The BSPA did an excellent job at setting up an online service to allow women to report honor-based violence. It’s a completely valid effort to address the needs of minority communities – and something which should be celebrated.  However, while I am a huge advocate for providing culturally and linguistically relevant services in all public sectors, I’m not sure that the solution proposed by the Metropolitan Police in England is necessary a good thing. Instead of providing diversity training to all members of the police force, this policy divides justice across ethnic lines.

A writer at The Centre for Social Cohesion agrees,

Singh probably doesn’t deserve the demonization he will receive amongst certain sections of the blogging classes, nor the defense he will receive from others, he merely articulates a pervasive rot that has set in to our public discourse. Its treatment can only come when we cease to speak of ‘communities’ and cease to treat them as a political entity. We should remember that a truly liberal society has only one political building block- the individual- who has neither gender nor colour nor creed. [link]

While I understand that this new policy is a choice and Sikh crime victims are not forced to choose a Sikh officer, could it could potentially lead to a separate justice system for Sikhs? What will happen when Sikhs believe that working with Sikh officers provides them with positive outcomes and working with non-Sikh officers, negative outcomes?  There is no guarantee that a male Sikh police officer will be more understanding of a female Sikh victim of crime versus a female non-Sikh officer.  Rather than investing in diversity programs and ensuring that all police officers can recognize issues affecting minority communities, these institutions in England are opting out of multiculturalism efforts in lieu of convenient solutions masked as community-conscious initiatives. That can never be a good thing for social cohesion.