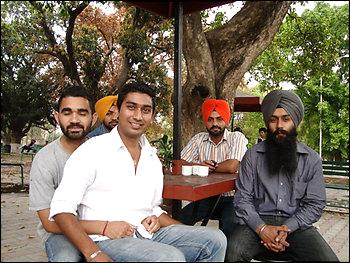 The story is hardly new.  Every few weeks, we see reports by
journalists that reinforce a well-known reality – many Sikh men in
Punjab are cutting their hair and removing their turbans.  I am hardly
an alarmist.  I do believe that despite the overwhelming trend, there
are counter-currents as well.  In an earlier post, I described what I
have termed a ‘Sikh turn’.

Although many Sikh youths have for the time being
removed their turbans, their sense of a religio-ethnic identity still
remains strong. Maybe the temptations of modernity and especially the
desires of the opposite sex are strong and many feel that at this point
in their life they would rather pursue women and cannot live up to the
great ideals of their Gurus.

This should not be read as a rejection of
those ideals but a realization of where they are and their priorities
at this time. (Though this may be the case of those that remove their
pagri on their own account and not in those families and children where
they never had it as many in the diaspora)

As discussed previously, the ‘Sikh turn’ is occurring. The
psychological tragedy of the post-1993 Sikh community is beginning to
wane and we may be witnessing the dawn of a new era. It may not be in
the Khalsa symbolic form that many hope, but a religio-ethnic movement
is occurring. The youth are not disinterested and disconnected; they
are engaged and can be mobilized. The pull of the pagri is not dead in
Punjab either as we see many Bihari migrants joining the Qaum’s ranks.
This is a good sign. A new generation will soon have its own version of
‘pagri sambhal jatta.’[link]

A recent article in the Washington Post revisits the issue, highlighting a looming impending court case.

Now, a court case about college admission quotas for
Sikhs is threatening to alienate hundreds of thousands of short-haired,
un-turbaned youths.

In August, four students petitioned the high court after they
applied to a medical college under a Sikh quota but were denied
admission. The college said the students, who had cut their hair, did
not fit in the category of Sikh. In the ongoing legal proceedings,
religious bodies and scholars have testified about the importance of
uncut hair to Sikhism.

“The case is about college admission quotas, but it has become part
of dinner table conversations everywhere. People are asking, ‘What am
I? What will I be after the judgment?’ It is unsettling,” said
Gurminder Singh Gill, an attorney for the Shiromani Gurudwara
Prabandhak Committee, an elected forum of the Sikh clergy that runs the
college and whose rules are designed to prevent the dilution of Sikh
symbols. “The court ruling will impact future interpretations of the
word ‘Sikh.’ “[link]

It does seem rather odd that the SGPC lawyer is so explicit about
his opinions to call for an end of keshadhari quotas.  Would the SGPC
really want someone like this responding to the case?

Although I don’t want to go too much on a tangent, I did want to
make a few comments about the article.  I find it extremely problematic
the use of ‘ritual’ in the title (pagh salute QC!).  For many
Sikhs – those that proudly wear their turban and even for some that
choose not to wear one due to their understanding of its importance –
than it is definitely not a ‘ritual.’  As an important writer, once
stated: These are not symbols.

Another problem is the frequent juxtaposition between ‘modern’ and ‘traditional.’ Somehow in the article, we are too believe that a young boy that cut his hair is ‘modern’:

Text messaging with one hand and holding a cup of milky
tea in the other, spiky-haired Amandeep Singh Saini, 27, recalled the
year-long battle he waged against his traditional Sikh parents to cut
his hair.

Somehow we are to believe that it is normal that he should cut his
hair and have spiky hair, as afterall he does ‘text message.’  I assume
keshadhari Sikhs do not text-message?  Unfortunately such
ridiculousness is hardly new nor will it soon be abated.

Regardless, I would like to hear your thoughts on the
case and on the story, NOT to hear your PERSONAL definition of a Sikh.

According to the Sikh Rehit Maryada, we already have one:

Any human being who faithfully believes in:
i. One Immortal Being,
ii. Ten Gurus, from Guru Nanak Sahib to Guru Gobind Singh Sahib,
iii. The Guru Granth Sahib,
iv. The utterances and teachings of the ten Gurus and
v. the baptism bequeathed by the tenth Guru, and who does not owe allegiance to any other religion, is a Sikh

This past June, we launched “Let’s Talk About Turbans (Gasp!)” — our comedic video with Funny Or Die (FOD), to build awareness of the Sikh faith and the turban. It was a tremendous success: 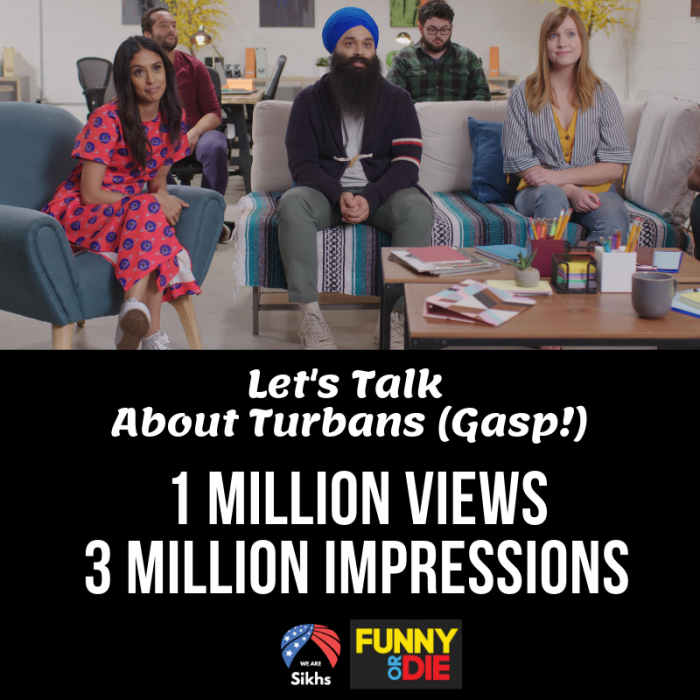 The video was the #5 most-watched video on FOD’s Facebook page and it garnered: 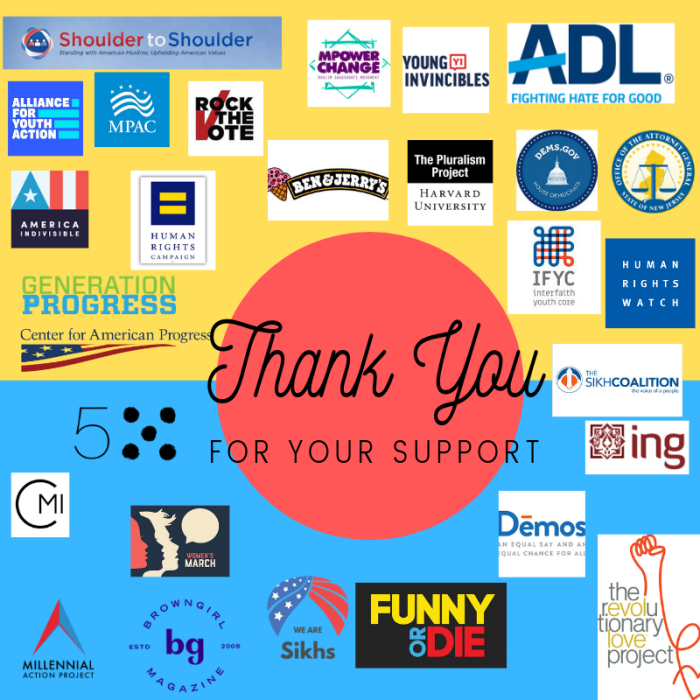 These comments on social media underscore the campaign’s success:

The video has also been used to bridge divides between communities. Watch NSC’s cofounder, Gurwin Singh Ahuja, speak with Evangelical leader Jer Swigart   about the video and the importance of seeing our common humanity in each other. Check out the webinar here or by clicking the image below. The password for the video is peacemaking. 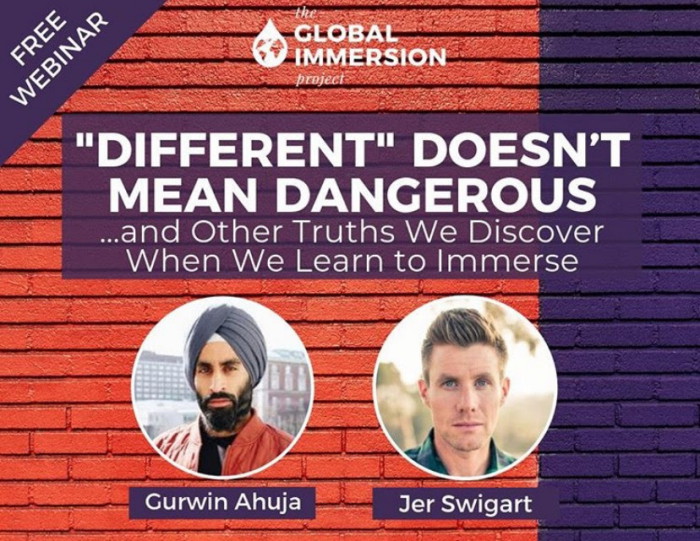 Please keep sharing this video with your friends and family to educate others about Sikhism and the turban. We thank you for your support on this initiative and all our projects. Let’s continue to build awareness of Sikhs and our contributions in the United States!