Sorry, the page you are looking for could not be found.

Maybe the page was

or deleted, or perhaps the address is mistyyped.

No worries, we are here to help…Try one of the options below.

After 15 years of service, Guruka Singh Khalsa is leaving SikhNet to serve the sangat in other capacities. We honor his many contributions to SikhNet’s mission and service.

In 1986 Guruka Singh founded the first incarnation of SikhNet, a computer bulletin board system (BBS), before the internet even existed. Guruka Singh’s early SikhNet BBS service, a first of its kind, created a computer presence for Sikh Dharma, and continued from 1986 till 1994.

In the years that followed, SikhNet.com evolved into a full time non-profit organization serving over 2 million users globally.

Throughout its evolution, Guruka’s wisdom helped guide SikhNet into the 21st century. His powerful positive mind sustained the SikhNet team, our users and donors around the world.

Some of the many contributions by Guruka Singh:

Guruka Singh is best known for his SikhNet YouTube videos, sharing inspiration on all areas of life and spirituality. In 2005 there were very few Sikh videos in English exploring spirituality, everyday questions, and life challenges.

These were some of my first videos that I, Gurumustuk recorded and shared on my personal YouTube channel and MrSikhNet.com blog. I wanted to capture and share some of that. I remember asking Guruka if we could record him sharing his story about why he became a Sikh and the practical aspects of our Sikh lifestyle.

This video I recorded with him was, “Why I became a Sikh”. We also recorded others including: 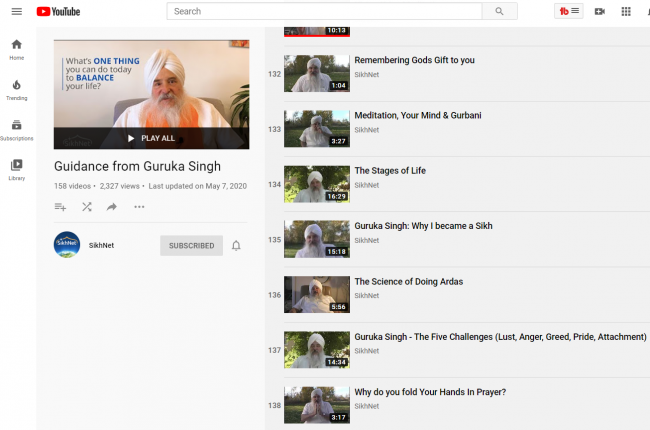 Countless people have benefited from them and the many more videos that followed. They gave people a new way of looking at life and spirituality as a Sikh.

Over the past 13 years Guruka is featured in over 160 SikhNet videos, with millions of views. His SikhNet videos have aired on various TV Channels getting wider reach of people beyond those active on the internet.  We hear from so many on how these videos have been pivotal in finding their way to the sikh path.

You can watch all of his videos on the SikhNet YouTube channel. 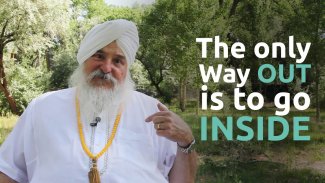 Guruka has regularly traveled around the world participating in Sikh youth camps to share his unique inspiration and joy. 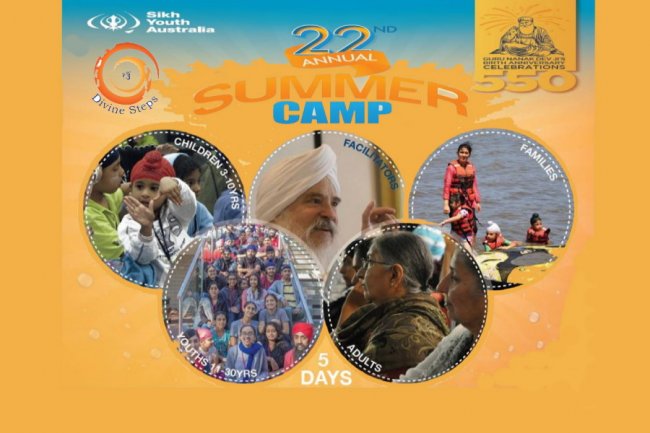 Another major contribution was giving personal support and answering questions from youth and adults asked in their everyday lives. SikhNet Youth Q&A forum, and through the many personal counseling communications he helped people through many challenging situations with valuable guidance. 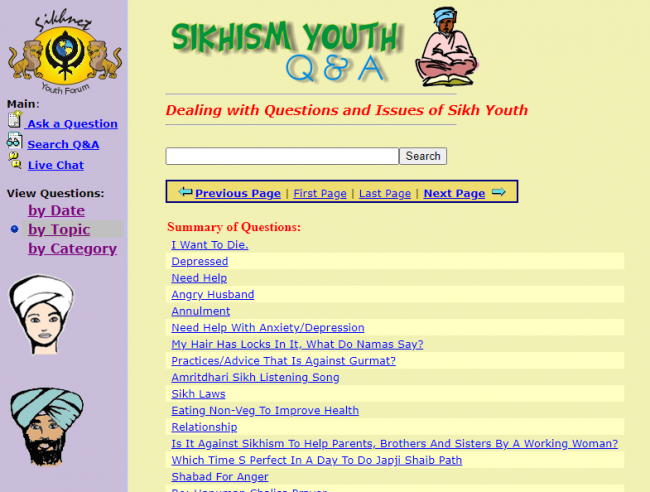 With our short SikhNet videos being so popular, we heard from many who wanted to get a deeper experience. ​ 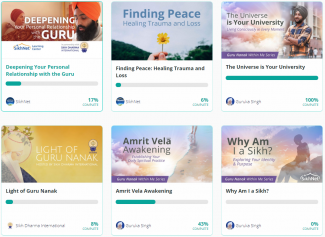 ​On Vaisakhi 2018 Sikhnet launched our first online course “Deepening Your Personal Relationship with the Guru” in the SikhNet Learning Center which offered a personal, experientially-guided journey to cultivate a deeper connection with the Guru. ​

Guruka Singh and Ek Ong Kaar Kaur led and developed this and a number of courses afterwards. They hosted live webinars as primary teachers in the courses, answered questions, and supported students on their personal journey. This sikhnet service continues today with the upcoming new online course with Guruka teaching: “Why am I a Sikh?” that starts at the end of July.

Guruka’s earlier roots working as producer of entertainment software led to the creation of the first online Sikh spiritual adventure game called “Karma – The Ogre’s Curse”  in 2011 – A dramatic story where a Sikh child is the hero.

The child must overcome many obstacles to experience his or her own greatness. As the game progresses, the child learns to communicate, to meditate, to do seva, to play kirtan, to heal people with Gurbani and in the course of time, bring people together and lift clouds of contention and depression that had fallen on the village.

This Karma game development was led by Guruka Singh and took over a year to create, and is loved by so many kids and adults alike. The game is still available, BUT may not be for long with Adobe Flash being retired in the coming year. So be sure to play it now before the game is gone forever. 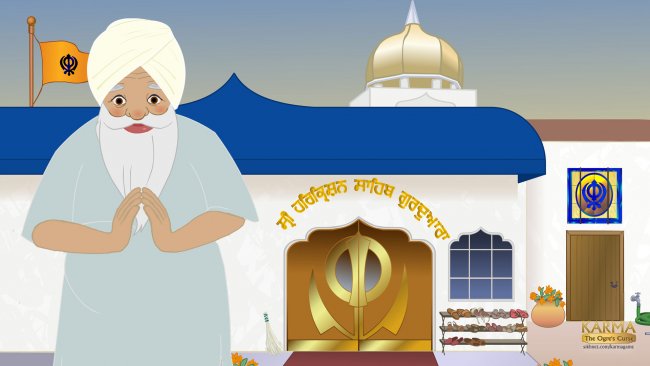 Always there to help

Guruka Singh is known for his willingness to help anyone in need. He never hesitated to stop what and serve the need of the moment, whether providing guidance or counseling, or just to listen to someone.

Guruka’s words, and always joyful positive outlook were a huge asset to SikhNet. He always had a way with sharing sikhi and spirituality from a very real way.

An important role that Guruka has served in is creating personal relationships with our core sikhnet users.

As editor of the SikhNet news, Guruka for many years has led the focus of “Good news and Good will”, to shine a spotlight on inspiring and positive stories within the Sikh community.

Email from Guruka to the SikhNet community: 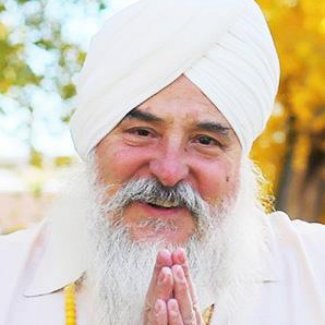 “When I founded SikhNet over 30 years ago, it was to bring Sikhs together and share the teachings contained in Gurbani. By Guru’s grace the Internet itself developed and reached more and more people than one could have imagined back in the 1980’s when computer networks were just beginning.

SikhNet grew from a few hundred members in those beginning moments to millions today. It has touched the lives of countless people beyond these millions all over the world. SikhNet became the channel for my life’s work, teaching and counseling through Inspirations Videos and in the SikhNet Learning Center.

I shall continue the seva that Guruji has assigned to me with the inspiration I was enthused by when SikhNet was founded, and now without the auspices of SikhNet’s form.

SikhNet is dear to me, but even dearer to me are all of you. It is our global Sangat that gives me the deepest joy and I look forward to being with all of you physically and virtually.

With much love and many blessings in the Name of the Guru, the Light of every Sikh, and the Holy Naam which holds the world.”

“One Power, One Actor, One Doer, One Knower.
O Nanak, no one is higher or lower.”  – Japji Sahib

On Saturday night in Edmonton, Jeff Petry, Tomas Tatar and Carey Price were the three stars on the ice for the Canadiens as they beat the Oilers 5-1.

Off the ice, the first star was Harnarayan Singh, the play-by-play announcer for Sportsnet’s TV coverage of the game.

Since 2008, Singh has called more than 700 games on Hockey Night in Canada: Punjabi Edition. But this was only the second NHL game he has called in English after making his debut in last Wednesday’s season-opening matchup between the Oilers and Vancouver Canucks.

Singh is the first Sikh broadcaster to call an NHL game, and his crisp, clear voice was a breath of fresh air Saturday on Hockey Night in Canada, bringing some fun and unique sayings, including “it’s time to hand out the sweets” after a goal and calling the penalty box “the box of punishment.”

Singh’s most famous call in Punjabi came in Game 3 of the 2016 Stanley Cup final after Nick Bonino scored the winning goal for the Pittsburgh Penguins against the San Jose Sharks.

After the Penguins won the series, they invited Singh to attend their Stanley Cup championship celebration in Pittsburgh and had him repeat his Bonino call for the fans.

Singh’s parents immigrated to Canada from India in the 1960s and he was born in Wetaskiwin, Alta., just outside Edmonton. His earliest hockey memory was getting a mini hockey stick as a young child and he became a huge Wayne Gretzky fan. His parents also bought him a toy microphone so he could practise doing play-by-play while watching games on TV.

“Since I was four years old, through my elementary school years, the obsession with hockey was pretty unrivalled among my classmates,” Singh said during a phone interview Monday. “I even got a message the other day from someone who I went to school with remembering how I was always wearing (hockey) jerseys all the time and my hockey card collection and trying to make every single assignment and project in school about hockey.”

Singh said he knew from a young age that he wanted to become a hockey play-by-play commentator, but was told often that a person who looks like him, wearing a turban, wouldn’t have a place on TV in sports media. While studying broadcasting at Mount Royal University in Calgary, Singh said some professors and professionals in the industry would tell him he should go into production because he was smart with good grades. He was also told if he ever got a shot at an on-air position it might be in news, but definitely not sports.

Singh admits that placed a seed of doubt in his mind and hurt his confidence, but he didn’t give up.

While Singh has had a long love affair with hockey, the sport didn’t always love him back.

“When I reflect back, a lot of the racism I experienced that was blunt was within the world of hockey,” he said. “There’s a whole list of slurs that I can name off to you that I was called within just hockey arenas.

“I would say what kept me going is a few different things. For sure my faith. It’s something when I look back in the history of my faith, people had to go through a lot. So I just told myself this is nothing in comparison to what others had to go through. And then family support — my parents, my sister and eventually my wife, they’re the type of people who have dropped everything to help me out and I’ve had a lot of support from them. And then the third thing I would say is mentorship. People like Ron MacLean and Kelly Hrudey in the industry who have been encouraging and been able to help out.”


Now Singh hopes he can inspire others. He has written a book,

One Game at a Time: My Journey from Small-town Alberta to Hockey’s Biggest Stage

, and in 2018 he was awarded the Meritorious Service Medal by the Governor General for his contributions to Canadian society.

“It’s so important for kids to see people who resemble themselves and their communities because it gives them hope and it opens the door for them to realize that they have a place as well,” he said. “We need the sport of hockey to grow and expand and it’s not just in terms of people playing it. It’s in terms of fans and there’s so many different roles you can have within the sport and the broadcast side is one of those.

“Just allowing others to feel more comfortable in their own skin because they see someone who’s different, who looks different, doing something I love and making it to a level that’s pretty rare,” he added. “I hope I can inspire others to be proud of who they are and that you can maintain heritage and still achieve your dreams — and that’s what makes Canada so great.”