Simarpreet Singh founded Hartek Solar with a mission to provide clean and affordable energy across India. His company is now one of India’s top 10 solar installers, and his solar kit design is optimized to reduce maintenance costs due to a non-invasive method of installation. Hartek Solar recently launched plug and play solar kits with a mobile solar van in order to provide sustainable electricity to rural communities.

The American Sikh Council (ASC) is proud to announce the upcoming release of an excellent book on the life and sacrifice of the fearless Jaswant Singh Khalra, a very well-known human rights activist who initially unearthed over 2,000 unaccounted bodies of primarily innocent Sikhs at a crematorium in Amritsar in the early 1990s.  He lived for the rights of his land and its people and was murdered for uncovering thousands of state-enforced disappearances, illegal detentions, custodial killings, and mass cremations executed under the orders of the government. 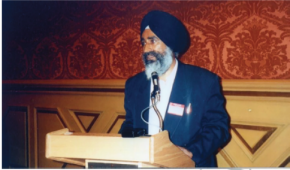 The Valiant is a book on Shahid Jaswant Singh Khalra will be released to commemorate 25th anniversary of his martyrdom, honoring his selflessness, courage and ultimate sacrifice.  Visit www.pippal.org for more info.  The book is being launched on Sunday, October 25 at the Dixie Gurdwara, Brampton, ON Canada and Chandigarh, Punjab simultaneously.

The book has been published in Punjabi as well as English in two separate editions. It is beautifully illustrated bringing to life the awe-inspiring life story of Shahid Jaswant Singh Khalra, while educating, empowering and encouraging young Sikhs to become lifelong activists. It is a must read for all Sikhs, Punjabis, young/old and all those who care about human rights in Punjab and elsewhere. 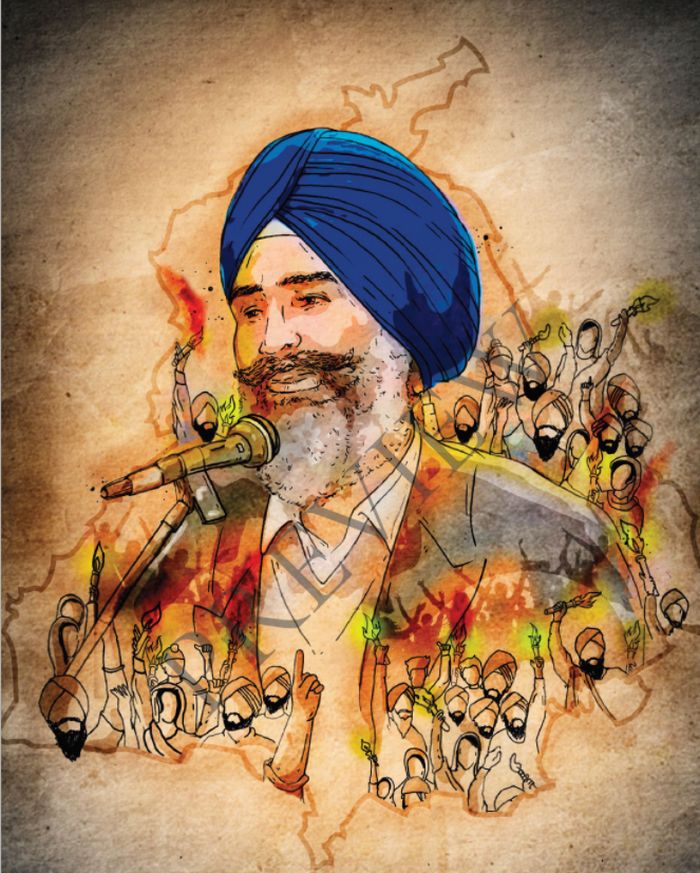 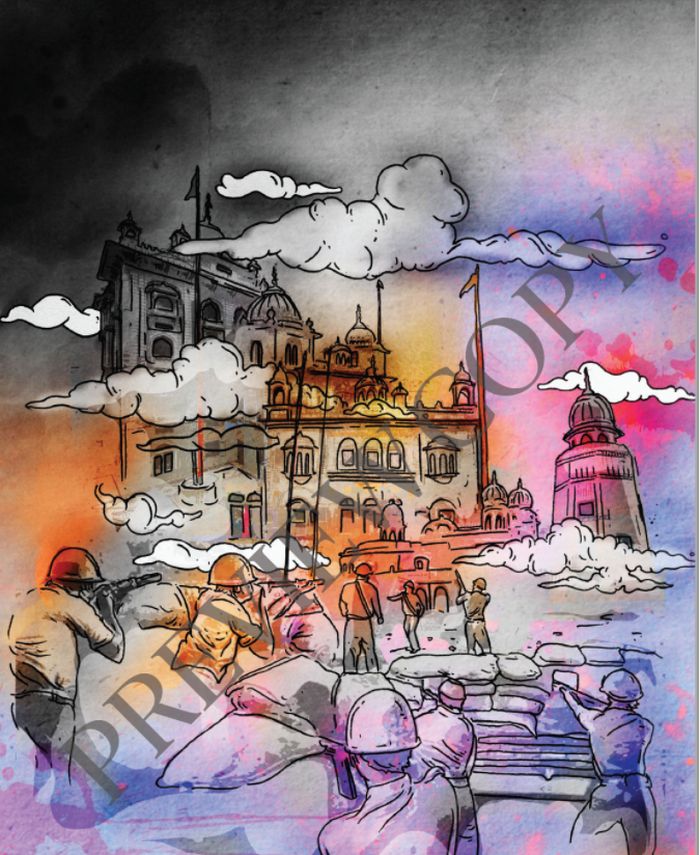 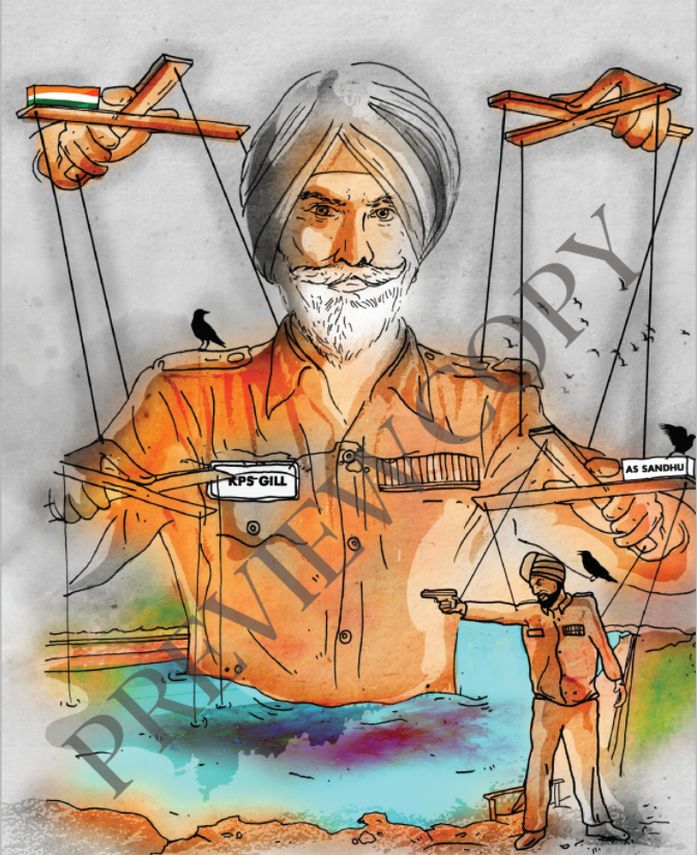 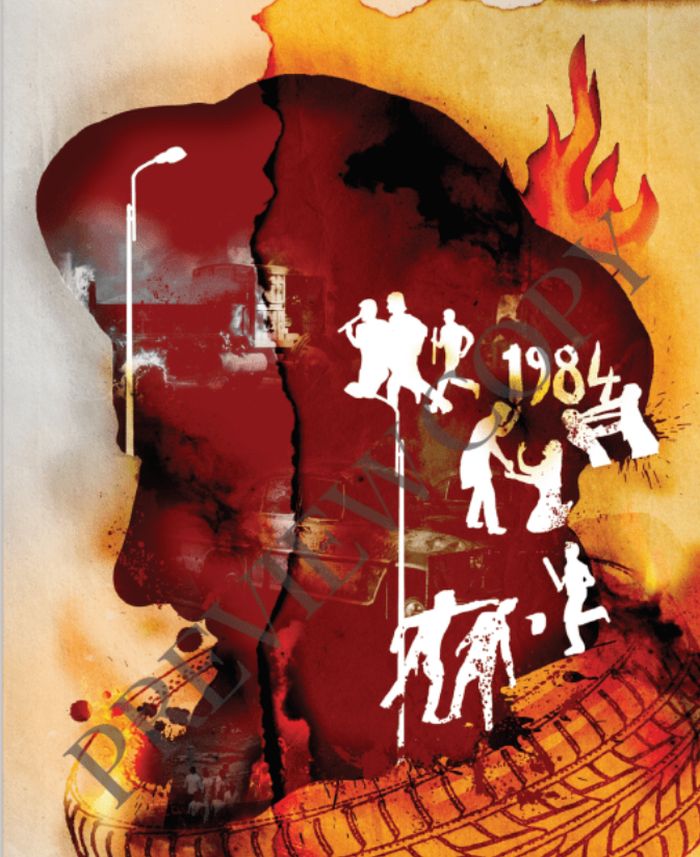 The ultimate challenge for Sikhs is to train and inculcate the love of reading to all their children and what better way than to get his book which is about a heroic icon of the Sikhs, who most adults can relate to, because if Shahid Jaswant Singh Khalra were alive he would have been 68 years old. His wife Bibi Paramjit Kaur Khalra has tirelessly carried on her husband’s work for the last 25 years. Even their daughter Navkiran Kaur has not stopped her activism on human rights.

Every engaged Sikh needs to spread the word about the book and either get a copy of gift a copy to a young Sikh, so that they learn about a unique part of their living heritage.

“But for this work of art and writing, I would not have understood how Jaswant Singh, the man, became part of the glorious heritage of standing up to oppression, challenging the power, and establishing righteousness; transforming into a legend and an inspiration.”

The American Sikh Council (ASC) requests all the gurdwaras across our nation to at least get enough books, so that every child in the gurdwaras and Khalsa schools reads and learns about Shahid Jaswant Singh Khalra.

The American Sikh Council is the umbrella organization representative of Sikhs in the United States. It is an elected body of Sikh Gurdwaras and institutions. Currently 74 Gurdwaras and other Sikh institutions across the nation are members of ASC. The major governing purpose of the organization is to represent the collective view of Sikhs in the United States. ASC works to promote Sikh interests at the national and international level focusing on issues of advocacy, education, and well-being of humankind.

HOUSTON, Texas (KTRK) — Friday, Oct. 2 in Houston marked Deputy Sandeep Dhaliwal Day in honor of the Harris County deputy who was shot and killed while conducting a traffic stop in September last year.

Dhaliwal was the first person from the Sikh community in the county to become a deputy, and other members who share his faith decided to honor his life with a 48-hour continuous prayer ceremony. The ceremony involves reading from the Guru Granth Sahib, the Sikh holy book, from Friday until Sunday morning.

READ MORE: ‘Pioneering’ deputy dies after being shot from behind: sheriff

“Nonstop, continuously, we read this book day and night,” said Sampuran Singh, with the Sikh National Center. “That’s been a tradition for the last three, four centuries.”

Dhaliwal became a Harris County deputy back in 2009 after meeting then-Sheriff Adrian Garcia at Dhaliwal’s place of worship called a Gurdwara. Dhaliwal started wearing a turban on duty after religious leaders from the Gurdwara urged him to.

According to the Sikh religion, the word “Sikh” means student, and one of the ways to become closer to God is through good deeds to the community.

Dhaliwal embodied that through his selfless service.

“He would just try to teach us everything, like kindness,” said Dhaliwal’s niece, Nimrat Rai. “Like, if you be kind to people, they’ll be kind back. Just show a smile. Be a leader, not a follower.”